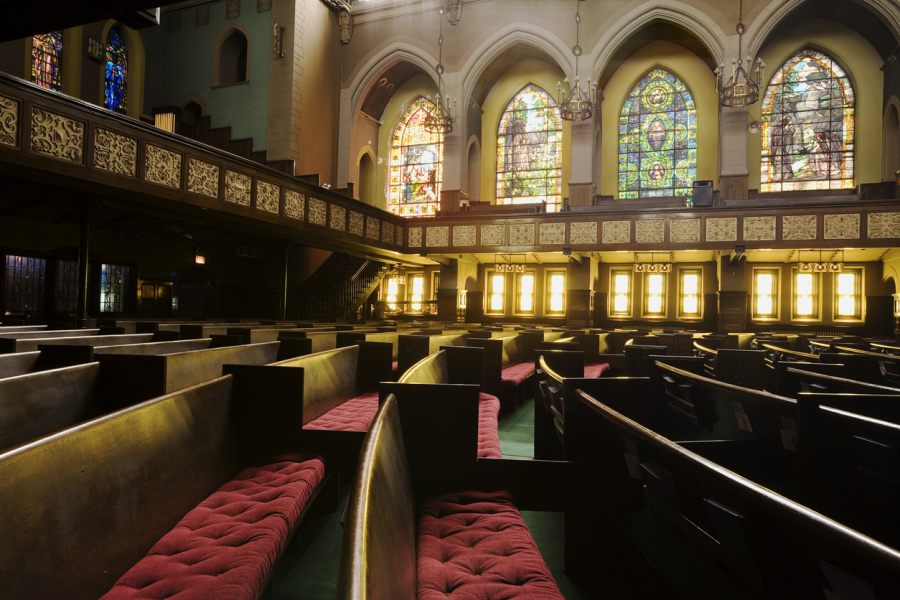 The United States of America is a Protestant country. As goes its Protestant Christianity, so goes the country. Everything good about America – even the possibility of evangelizing it for Catholicism – has depended on the health of the country’s religious establishment. That means the seven mainline churches in particular.

And that’s bad news for America.

Those “Seven Sisters” held the high points of our culture and politics. Look at the history of the Supreme Court. Of its 114 justices, at least 66 have been mainline Protestants. (Fifty-one of those from just two churches, with 31 Episcopalians and 18 Presbyterians.) That percentage was much higher until the nomination of Jewish and Catholic justices in the last 25 years.

They weren’t perfect, by any means. But for most of our country’s history, they used their massive influence to support a broadly biblical understanding of morality. Not any more.

This week, the last of the seven mainline churches almost fell. The United Methodist Church voted on whether to abandon its historic resistance to the LGBT agenda. The good news is that they didn’t. The bad news is that they still face tremendous pressure to do so. And that American Methodists left on their own, without their African members, would have rejected Christian morality.

This fight is noteworthy because the UMC was the healthiest of what remained of the mainline churches. It has the lowest percentage of members who support same-sex marriage as its peers. It’s the second-largest Protestant church in the country. Just a few years ago it made news for pulling out of a pro-abortion religious coalition.

And now they face this. I take it a bit personally, too.

Wasn’t it the Wesley brothers that gave us some of the beautiful hymns sung in Catholic and Protestant churches alike? Wasn’t it the Methodists that gave American history its campfires, its revival meetings, its Great Awakenings?

The Rest of the Mainline

The UMC ultimately did the right thing. But how is the rest of the mainline holding up?

A source inside the Episcopal Church tells me they’ve calculated the exact date at which their denomination will die. The ELCA Lutheran who grew up down the street from me is now Wisconsin Synod.

The Presbyterian Church is a direct ancestor of the American form of government. Their Calvinism is the dominant theological mode of intellectually-minded Protestants. But nearly all of that legacy carries on outside the PCUSA, which is a shell of its former self.

The American (Northern, not Southern) Baptists here in Connecticut made a brief splash about 15 years ago with their environmental activism. They’ve not been heard from since.

The United Church of Christ Congregationalists are so cringy in their desperate desire to be the go-to denomination for LGBTs that LGBTs had to invent gay-friendly Evangelicalism to avoid them.

And the Disciples of Christ … I got nothing. Do they even still exist?

Back to the Methodists. They did the right thing this time. But their bishops supported a “One Church” plan that would let pastors and churches perform same-sex marriages and ordain homosexual pastors if they wanted to. 49% of their members support same-sex marriage and 60% approve of homosexual behavior . It was mostly the votes of African Methodists who kept the church doing the right thing.

So that’s the Seven Sisters of the Protestant Mainline. And that leaves American Christianity in the 21st century … where?

Not the Evangelicals or the Catholics

What vitality there is in American Christianity still comes largely from our two communities. You want to find Christians who bring the Gospel to society in word and deed? That’s us, not the mainline. This very website, The Stream, is a testament to that fact.

But we’re not vital enough. We’re not affecting nearly as much of the world as we should. Filling the societal gap left by the death of mainline Protestantism with an Evangelical/Catholic “moment” seems — at this moment, at least — to be a failed project. Even the election of President Trump and the confirmation of his judges is, at best, a temporary stopgap. The de-Christianization of American society continues at a dizzying pace and nothing is slowing it down.

The collapse of the Protestant Mainline was huge for our society, whether or not you are Protestant. Unless we can build something that will form our culture in the same way, the future will be dark.

This Good News for Christianity in America May Surprise You

A Protestant’s Response to Sex Crimes in the Catholic Church