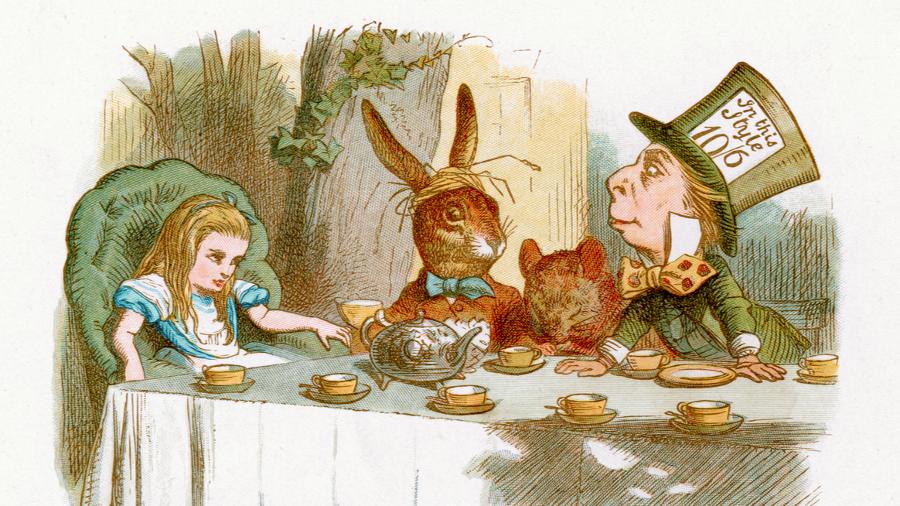 One hundred years ago it was illegal to kick back with a beer, celebrate with champagne, or sip a martini even in the privacy of your own home. “National prohibition of alcohol (1920–33) — the ‘noble experiment’,” wrote economist Mark Thornton, “was undertaken to reduce crime and corruption, solve social problems, reduce the tax burden created by prisons and poorhouses, and improve health and hygiene in America.” In truth, it did none of these things, benefitting only “bootleggers, crime bosses, and the forces of big government.”

So how did we get what was, in retrospect, an insane constitutional amendment? And how did we end up with other outrageous laws?

For example, California demands that by 2045 all trucks and vans will be electric while simultaneously shutting down power plants even as Californians today endure power shortages without adding hundreds of thousands of electric trucks, vans, and eventually cars.

A Lesson From the Mad Hatter and the March Hare

In 1923 as Great Britain toyed with Prohibition, G.K. Chesterton explained it with a little help from Lewis Carroll.

All mad laws proceed, he wrote in How Mad Laws are Made, from the collusion of two unlikely allies: the Mad Hatter and the March Hare. That is, from “a compromise between a fad and a vested interest.”

The Hatter is mad, in a quiet way; but he is merely mad on making hats, or rather on making money. He has a huge and prosperous emporium which advertises all possible hats to fit all possible heads; but he certainly nourishes an occult conviction that it is really the duty of the heads to fit the hats. This is his mild madness; in other respects he is a stodgy and rather stupid millionaire.

If money can be made, the Hatter is at the table. Thus Ford, Volkswagen, BMW, and Honda think California’s new rules are just wonderful. Replacing a vast fleet of vehicles will do wonders for their bottom line.

The March Hare, by contrast, is the activist — who hates hats. “He is a wild intellectual and the leader of the Hatless Brigade. It does not much matter why there is this quarrel between the Hare and the Hat; it may be any progressive sophistry.”

We act as salt and light by avoiding the two extremes: neither a Mad Hatter nor a March Hare be.

Together they construct a law mandating that hats must be purchased in great number, but not worn. “Thus,” Chesterton concluded, “the two most powerful elements in the governing class are satisfied; of which the first is finance and the second fidgets. The Capitalist has made money; and he only wanted to make money. The Social Reformer has done something; and he only wanted something to do.”

The mad law is enacted and the Hatter gets richer, the citizens get poorer, the government gets stronger, and the March Hare goes on to the next project “since the crank has not a true creed, but only an intellectual itch, he cares much more to be up and doing than to understand what he has done.”

Neither a Mad Hatter Nor a March Hare Be

Chesterton was not sanguine about the long-term outcomes. He wrote off the State as an operational non-entity. There is no State, he argued, “There is nothing but a congested compromise made by the pressure of powerful interests on each other…. The main point is that, in passing through that plutocratic machinery, even a mad opinion will always emerge in a shape more maniacal than its own; and even the silliest fool can only do what the stupidest fool will let him.”

So, should we Christians give up on politics?

Human cupidity and stupidity have been with us since we were tossed out of Eden. They do not nullify the words, “You are the salt of the earth…. You are the light of the world” (Matthew 5:13-14).

Chuck Colson once commented that while salt is a preservative, even the most expertly preserved meat will, over time, rot. Human frailty and sin tear down everything, but we can slow the process for the good of all.

We act as salt and light by avoiding the two extremes: neither a Mad Hatter nor a March Hare be.

Jesus called those who think exclusively about gain fools (Luke 12:13-21). Instead, as Marley’s ghost, dragging his chains, told Scrooge, “Business! Mankind was my business. The common welfare was my business; charity, mercy, forbearance, and benevolence, were all my business. The dealings of my trade were but a drop of water in the comprehensive ocean of my business!” It’s our business as well.

And rather than the activist’s “Don’t just stand there! Do something!” (by which he typically means “Do anything!”), we should just keep standing there until we know the right thing to do for the love others.

Fun Triggers the Stasi: Cancel Culture and The Everlasting Man