Here are three tips from the Bible on loving your neighbor as yourself — even when they hold convictions you strongly believe are wrong. 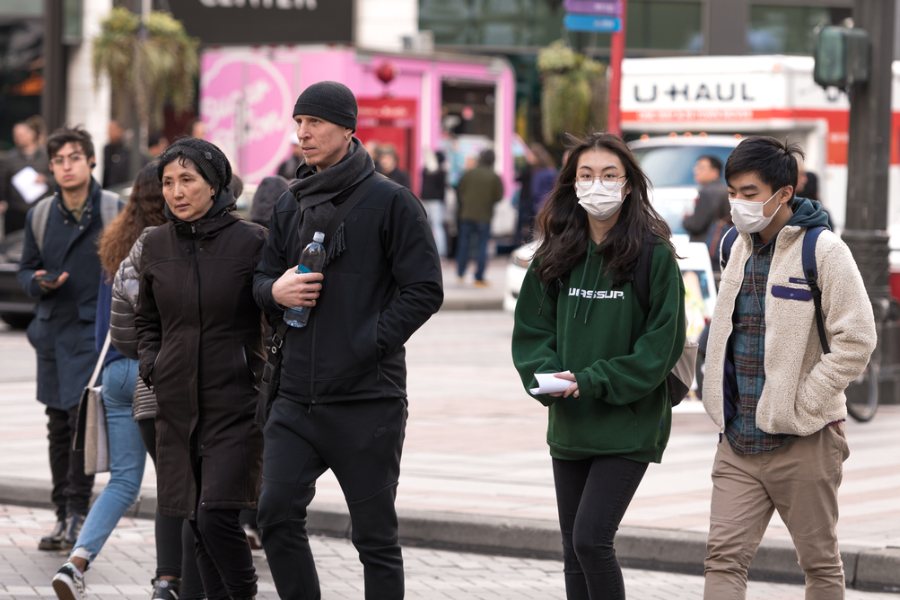 You’re either a mindless lemming for believing everything the government’s told you about COVID-19 and going along with the restrictions, or you’re a heartless jerk who cares more about making money than old people dying. That’s the impression one gets from social media, anyway.

That’s the easy way out. The way to avoid engaging with different viewpoints. As Christians, we must show a better way. But how? We can’t just say, “Oh, none of it truly matters in the long run,” as we might about certain political debates or ecclesiastical differences. Lives are at risk.

Even so, we’ll do ourselves and our Lord a major disservice if, as we wrestle to identify the best way forward, we abandon the second most important commandment God ever gave: love your neighbor as yourself.

Here are three tips from the Bible for loving your neighbor — including the one with opposite coronavirus opinions.

Don’t Be a Stumbling Block

First, do not let arguments divide you. In Romans 14, Paul addresses a pressing controversy for some early Christians: were certain meats unclean? He says no. But even more important than the freedom to eat is pursuing “what makes for peace and mutual upbuilding.”

“Therefore let us not pass judgment on one another any longer, but rather decide never to put a stumbling block or hindrance in the way of a brother,” he writes. “For if your brother is grieved by what you eat, you are no longer walking in love. … The faith that you have, keep between yourself and God.”

Perhaps you think the COVID-19 warnings and restrictions are way overblown. You feel perfectly safe getting together with friends and extended family. But your loved ones prefer you didn’t come over, or are worried by those who don’t wear masks around them. Take Paul’s advice here. Don’t make others feel inferior for acting according to their personal convictions. And don’t flaunt your own convictions, your own “freedom,” in a disrespectful way.

If you can have a calm, open-minded dialogue about your disagreements, that’s okay. But first, ask yourself honestly: would challenging them be a hindrance to their faith, or to the unity between the two of you? If so, just let it go, and keep “the faith you have … between yourself and God.”

Second, be humble when you talk to those you disagree with. Another biblical directive that’s vital, but easy to forget when stakes are high and opinions are strong, is to “clothe yourselves, all of you, with humility toward one another, for ‘God opposes the proud but gives grace to the humble.'”

We’ll do ourselves and our Lord a major disservice if, as we wrestle to identify the best way forward, we abandon the second most important commandment God ever gave: love your neighbor as yourself.

Even if you are certain that your opinion is well-informed, backed by data, and proven by the unfolding evidence, you could still be wrong about certain things. As pastor Kevin DeYoung wisely notes, nothing is “obvious” right now, because we’re still smack-dab in the middle of this complex situation. “Let’s be mindful of what we truly know and of all the things we don’t really know,” he writes. “At some point everything may be obvious, but at present we don’t know all the answers — or, likely, even all the questions to ask.”

Keeping this spirit of humility will preserve graciousness as we discuss, debate, and determine the best way to handle this crisis. (Plus, it’s hard to learn when you’re convinced you know everything.)

Think Of Others As You’d Want to be Thought Of

Third, argue with others the way you want them to argue with you. The Golden Rule found in Matthew admonishes, “Whatever you wish that others would do to you, do also to them.” You may not be out there punching or cussing at those who disagree with you. (Let’s hope not, anyway.) But you’ve likely had some uncharitable thoughts about them. What if we didn’t assume the worst?

Maybe the people pushing to reopen the economy aren’t greedy for money, or worshipers of capitalism. More likely, they’re concerned about the millions of people who have lost their jobs and can no longer provide for their families. Maybe the people pushing for continued restrictions aren’t indifferent to constitutional freedom, or worshipers of government. They’re probably just adhering to the plan they believe will best protect others, especially the vulnerable among us.

Whatever your opinions on the subject, you certainly don’t want to be thought of in the worst, most uncharitable terms possible. So don’t think of others that way.

Questions and concerns loom large in all our minds. They must certainly be dealt with, but not at the expense of one of the greatest commandments in all eternity. If we prioritize loving our neighbor despite our disagreements, we may even find better answers to the questions at hand.