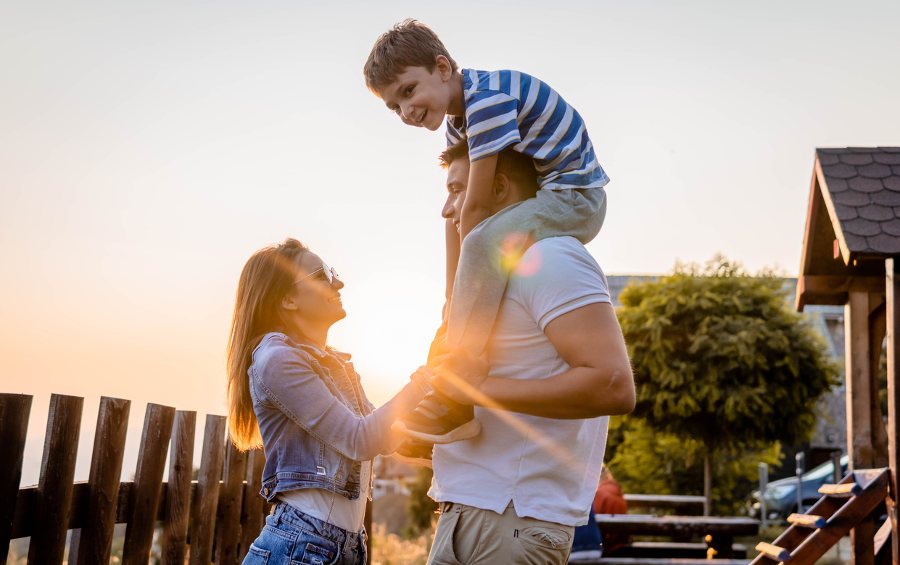 Happy Valentine’s Day! Stream staffers were asked to share their thoughts on love. The responses couldn’t be more surprising and different and beautiful and moving and touching on so many different angles on love. We hope you will enjoy!

“My Parents’ Love Was Music to My Ears” by Al Perrotta

When you grew up in the mid-70’s, love was in the air. By that, I mean on the airwaves. “Love Hurts” (Nazareth), “Love Stinks” (J. Geils Band), “I Hate Myself for Loving You.” (Joan Jett and the Blackhearts).

The decade’s best-selling album was Rumors by Fleetwood Mac. The sessions shouldn’t have taken place in a studio. They should have taken place in couples therapy. The classic LP arose out of the angst of Stevie Nicks and Lindsay Buckingham’s bitter break up. Christine and John McVeigh’s divorce. And drummer Mick Fleetwood’s wife having an affair with his best friend. The music might not have been as good, but at least Nicks and Buckingham wouldn’t have spent the last nearly 50 years still going at it.

Don’t believe me? Two years ago, Nicks got Buckingham booted from Fleetwood Mac. And if you’ve never seen the live 1997 version of the beautiful “Silver Springs,” watch the two of them towards the end, particularly Nicks belting “You’ll never get away, never get away.” This was over 20 years after they broke up.

Sure, Captain & Tennille would sing “Love Will Keep Us Together” … but they ended up divorced. Billy Joel sang “I Love You Just the Way You Are,” ended his marriage, sued his wife’s brother and married a stunning supermodel. John Denver told his wife Annie “You fill up my senses.” A couple years later, he was taking a chain saw to their house.

Even Elton John with arguably the decade’s best love song, “Your Song.” He couldn’t remember whether his love’s eyes were green or blue? C’mon!

Any wonder my generation had issues with this “Crazy Little Thing Called Love”?

Fortunately for me, I didn’t live in the radio. I lived in a home with two parents who loved and adored each other beyond measure. Theirs was a love affair that started the moment they spotted each other at a Paterson, NJ Department store, and carried on through a World War and four kids and through the insanity of the ‘70s. The gracious, graceful musician and the tough, straight-talking Jersey Girl.

Their devotion was unshakable. Their bond was unbreakable. Heaven help the kid who tried to play one off the other. Their harmony rang louder than anything blasting from my speakers.

So parents, regardless of what the culture tries to teach your children about love, know that you “teach your children well” — no, better — by your example. “Let your love flow like a mountain stream.” And watch it water the generations.

Charles wasn’t terribly romantic. Most of the time, his valentines were the love he showed his wife, Alice, every day. The way he lived life in the small moments.

Alice had just given birth to their second child and was feeling down because she couldn’t celebrate Thanksgiving with her mom, dad and siblings. Charles cooked the turkey and Alice made a German Chocolate cake. They would celebrate Thanksgiving at their home. As they held their hands for prayer before the meal, Charles cheerfully told Alice, “Just think Momma, last year we didn’t have any babies, and this year we have two little boys!” Alice cheered up.

He’d bring her little gifts from time to time, like a box of Mounds and a box of Almond Joys because she wanted a candy bar. He brought her 64.

He made breakfast every morning for her and her mother, my grandmother, who lived with them for a while. If they wanted something they didn’t have in the pantry, he always made sure it was on the breakfast table the next morning. “He took such good care of us.”

During the difficult times, like when Alice’s mom passed away, no words were said. He just held her.

Then time became short. He was diagnosed with pancreatic cancer. “We had such a sweet, sweet last summer together. We got up each morning and could smile at each other’s faces and hug each other. Just being with him was all I needed.”

They were too sick to celebrate their 50th wedding anniversary in June, but planned a party for the fall. Friends and family came. It was their last anniversary. Charles died in November, 7 months after his diagnosis.

Alice believed their marriage was one made in Heaven. “Praise the Lord for giving us so many years.”

It didn’t really matter that Charles wasn’t all that romantic. He showed his love — little Valentines — every day.

Alice passed away March 2021 due to cancer.

I’ve been married (to the same man!) for 42 years. #43 is coming up this summer. It’s just the two of us, since we never had children.

Can you imagine how many facets and expressions and challenges of love are deeply woven into 42 years of marriage? My husband and I have written an entire story together that only the two of us share in the intricate detail. There’s something uniquely special about that shared history. Our mysterious little secrets and experiences that are ours alone.

As the pages and pages of our story have been written one day at a time, my husband has come to know me at least as well as I know myself — maybe better. Yet, through the good, the bad, and the oh-so-ugly, he is my best friend. He is my favorite person. When I am with him, I am “home.”

Do you know what fills the depth of my heart and makes it overflow with gratitude? This man who knows me best, genuinely does love me the most. I can’t even comprehend that. He knows everything about me — inside, outside, and all around. Yet, he loves me more than anyone, and he lets me know that faithfully every … single … day.

How is that even possible? My mind boggles.

Here’s the thing … my husband shows me what grace looks like.

This is the gift of God’s grace. The God who knows us best — and loves us the most.

Two years ago I wrote that I’d never had a Valentine and I’d never felt unloved on Valentine’s Day. That’s still true, though this year feels a bit different. As I walk past large displays with balloons and chocolate-covered strawberries at the grocery store, I remember that a few months ago it occurred to me I’d likely have a first this V-Day: V-Day while dating. But here we are, and I’m no longer in a dating relationship. I’m reminded of what I wrote: “There’s more than one kind of love to celebrate on Valentine’s Day.”

I’m especially thankful for my best friend, who has been with me through every romantic relationship and interest and helped me guide my heart both during and afterwards. As I was searching for a Valentine’s Day card to send her, I came across a card that — although labeled “Romantic” — actually fit my feelings for her perfectly. “You have shown me the meaning of real love — how it takes commitment, devotion, patience and sacrifice. Our love is something out of the ordinary — uniquely precious and irreplaceable, and I couldn’t be more grateful for it!”

We met at a Christian conference. She registered me when I came in, and I asked if she had any needs I could pray with her about. The friends I was with were constantly praying for people and receiving from God information and encouragement for them. We kept bumping into each other over the course of the conference and ministered to her again, though there were thousands of people there. She suggested we exchange numbers. That was five years ago. I didn’t have faith that I could develop a friendship over long-distance with someone I just met, given my history of failing to keep up with old friends. But she was faithful to keep initiating contact.

“How Can We Best Show Our Wives How Much We Love Them?” by James Robison

I have been blessed by God with the most wonderful wife. Only God could have designed such a perfect mate, friend, mother, grandmother, and now, miraculously, co-host of the LIFE Today television program.

Betty was plagued with a spirit of fear for much of her life. It manifested itself in feelings of low self-esteem, a horror of failure or disappointment, and an overwhelming desire to perform in some way in order to gain acceptance. … her feelings of inferiority about sharing with others basically kept her closed off, and kept her mostly to herself as far as the public was concerned.

In my heart, I knew that if the world could see the beauty, spiritual depth, and true wisdom that filled this woman’s inner being, she would be an indescribable blessing. I prayed for many years that God would grant her the peace of mind and the confidence to willingly open herself to others so that the river of life which ran so deeply within her could spill over and impact others. As I prayed, I could sense her desire to overcome, and God gave me the insight to constantly encourage her. As I poured on the praise and confidence-building encouragement, it was like watering a beautiful flower.

Every time she would share just a little in a small group, I would point out how mightily others had been blessed. I would keep telling her that the beauty God had placed within her would inspire others to trust Him to enable them to overcome whatever difficulties they faced in life. God answered the prayer, and we saw Him release a life-giving flow that brings admiration and expressions of gratitude from millions of people throughout North America and the mission fields of the world.