Looking for Jesus in the Fourth Watch of the Night 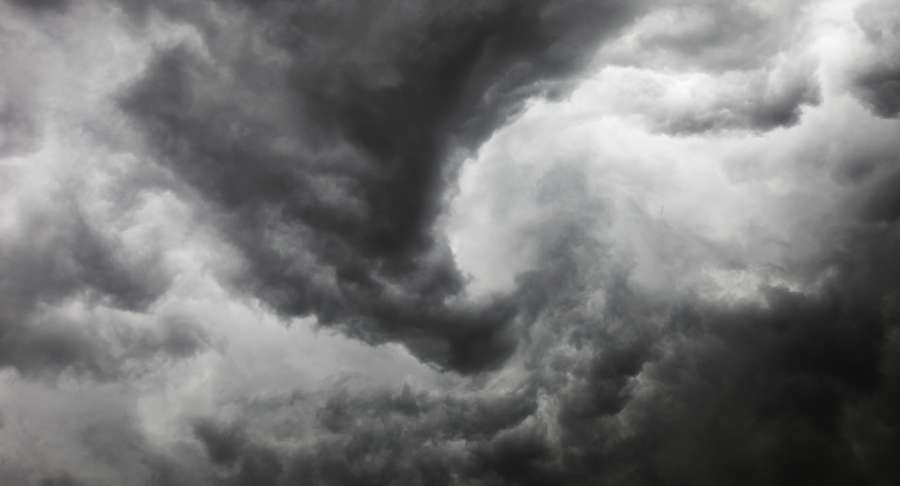 In Matthew’s gospel we read,

After he had fed the people, Jesus made the disciples get into a boat and precede him to the other side, while he dismissed the crowds. After doing so, he went up on the mountain by himself to pray. When it was evening he was there alone. Meanwhile the boat, already a few miles offshore, was being tossed about by the waves, for the wind was against it. During the fourth watch of the night, he came toward them walking on the sea. When the disciples saw him walking on the sea they were terrified. “It is a ghost,” they said, and they cried out in fear.

At once Jesus spoke to them, “Take courage, it is I; do not be afraid.” Peter said to him in reply, “Lord, if it is you, command me to come to you on the water.” He said, “Come.” Peter got out of the boat and began to walk on the water toward Jesus. But when he saw how strong the wind was he became frightened; and, beginning to sink, he cried out, “Lord, save me!” Immediately Jesus stretched out his hand and caught Peter, and said to him, “O you of little faith, why did you doubt?” After they got into the boat, the wind died down. Those who were in the boat did him homage, saying, “Truly, you are the Son of God.” (Gospel of St. Matthew 14: 22-33)

If you wish to get close to Our Lord through the pages of the Gospels, I always recommend that you try to enter in on the scene taking part as just one more person there. In this way (and I know many perfectly ordinary people who live this way) you will be captivated like Mary was, who hung on every word that Jesus uttered or, like Martha, you will boldly make your worries known to him, opening your heart sincerely about them all no matter how little they may be.

In the Darkest Hour

We can miss our encounter with the Lord if we think that the story is only about Peter and the disciples — something distant which happened over two millennia ago. The story is meant for you and me — in the here and now! We live much of our daily life in the fourth watch of the night, at the time just before daybreak. At the end of a night which seems it will never end.

We often live in waves of struggle, filled with fear and crippled as a result — and unable to see the Lord on the horizon of hope. This story shows us how to overcome fear through faith, inviting us to live differently, to walk on the waters of daily life by dynamic, living faith.

It was the “fourth watch of the night,” the last hours right before dawn. That “fourth watch” included the darkest hour.

The Jewish people lived under Roman rule for so long they had adopted a number of Roman practices. The Roman practice of dividing the night into four watches or divisions of three hours was one of those practices. This was particularly important for those engaged in nautical activity. The Fourth Watch was between 3 A.M. and 6 A.M.

Remember the context. The disciples had returned from experiencing the miracle of the multiplication of the loaves. They had seen the Lord take what little bread that they had, multiply it, and give it back to them — so that they could feed the crowd they had suggested be sent away. They knew he was able to work miracles. They participated by simply giving the little they had. After it was all over, they even collected up twelve baskets full!

Now, Jesus wanted to pray, to commune with the Father. So He placed them in the boat, which the early Christian Fathers called an image of the Church, the new Ark of the New Covenant. It was the “fourth watch of the night,” the last hours right before dawn. That “fourth watch” included the darkest hour.

“Take Courage; It is I; be Not Afraid”

The winds and sea raged and the disciples became horribly afraid. Their fear was so crippling that they did not even recognize Him as He came toward them. They thought that he was a ghost. “Take Courage, it is I; do not be afraid.” He spoke with such reassurance and tenderness.

Our fears so often cloud our vision and we are unable to even recognize the Lord, the One who is always there, always coming to guide us on His way. He invites us to respond in faith. When we do, grace helps us overcome our fear and walk into freedom.

We can always find Him in the fourth watch of the night. When we turn our faith into a verb, we get our sea legs.

That is what happened with Peter. He responded in faith to the voice of His Lord. When he looked for Jesus and kept his eyes focused on Jesus he was able to do what seemed to be impossible. When he walked by faith, he walked into the freedom that comes from Jesus, the Lord of the winds and the sea.

We live our lives in Jesus Christ and we are at home in the Boat of the Church. We can always find Him in the fourth watch of the night. When we turn our faith into a verb, we get our sea legs, as they say in the nautical culture.

We learn a new way of living — and of loving. Fear becomes a field of choice, an occasion for trust. In the fourth watch of the night, there is a bridge between fear and freedom which passes through Jesus who tells all who will fix their eyes upon Him — Take Courage; it is I; Be Not Afraid.