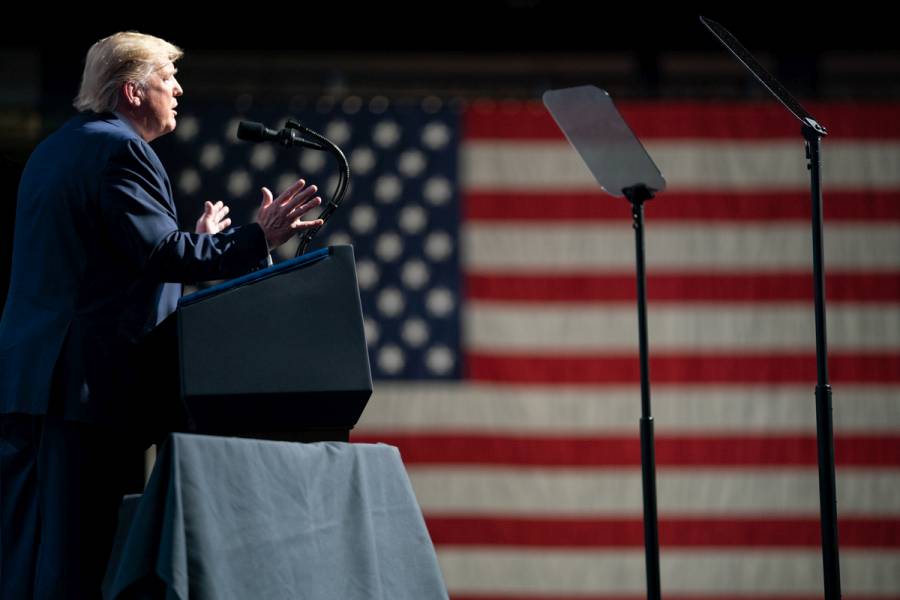 Since last week’s bombshell editorial from Christianity Today calling for the removal of President Trump, The Stream has been at the forefront of responses.

We have heard from:

One of the leading evangelical leaders of the past half-century, Stream publisher James Robison.

One of the leading church voices and scholars on matters of faith and politics, Dr. Michael Brown. (Heard twice from him, in fact. No, wait. Three times!”)

Now, I’m neither as esteemed nor as versed as these great gentleman. If the House of God has many rooms, I’m probably in the mud room. (When I’m not in the pantry … or the dog house.) You can say I have more of a ground-level view.

Editor-in-Chief Mark Galli wrote the now infamous article. He’s leaving his gig in a matter of days. This was his last opportunity to make a statement for the Kingdom. Instead he makes it for the Swamp. He drops a bomb on the White House … on his way out the door. Bit tacky, don’t you think? President Trump’s been in office for three years. Donald Trump’s been, well, Trump for decades. (As this 1994 clip from Fresh Prince of Bel Air shows.) So why now?

Why now call for Trump to be booted, virtually by any means necessary, from the perch of a magazine founded by Rev. Billy Graham? Why do it, knowing the division within the Body it would cause? And also knowing that one of the main goals of the Democrats in the 2020 election is to shatter evangelical support for President Trump? One has to ask, “Are you doing God’s bidding or the DNC’s?”

I can’t buy the op-ed as righteous, sincere, non-partisan act. That lie’s exposed when Galli uses the Democratic impeachment talking point of “the facts in this instance are unambiguous: the president of the United States has attempted to use his political power to coerce a foreign leader to harass and discredit one of the president’s political opponents.” Unambiguous? When the foreign leader himself says it did not happen?!

Unambiguous, when the Democrats’ only fact witness said under oath the President told him, when asked point blank, he wanted “nothing” from Ukraine? When the supposed “political opponent” openly bragged about blackmailing Ukraine to fire the prosecutor investigating the corrupt company that was paying this political opponent’s son millions of dollars? Unambiguous, when the case is based on hearsay from witnesses with a vested interest in undermining his policies?

Further, Galli raced to MSNBC, CNN and Reddit to further sing his “Cast Trump Out” song and cast aspersions on fellow Christians. That, perfectly timed as he’s leaving Christianity Today, tells me plenty. Galli’s not interested in convincing evangelicals Trump’s a bad guy we need to fire. Galli’s interested in convincing secular media he’s a good guy they need to hire.

Galli also attacked Christians who support Trump as hurting Christian witness and being “far right.” (Again, a Democrat talking point). His mocking of Christians who didn’t care for his arrogant editorial led 200 evangelical faith leaders to post a letter in The Christian Post.

The faith leaders said Galli “offensively questioned the spiritual integrity and Christian witness of tens-of-millions of believers who take seriously their civic and moral obligations.”

We are, in fact, not “far-right” evangelicals as characterized by the author. Rather, we are Bible-believing Christians and patriotic Americans who are simply grateful our president has sought our advice as his administration has advanced policies that protect the unborn, promote religious freedom, reform our criminal justice system, contribute to strong working families through paid family leave, protect the freedom of conscience, prioritize parental rights, and ensure that our foreign policy aligns with our values while making our world safer, including through our support of the State of Israel.

Let me put it in simple terms: We hired a guy to do a job. And he’s doing it. You may label him vulgar, but his actions are not. Actions that strengthen my neighbor, lift my neighbor … dare I say, love my neighbor. Yet somehow not hating the guy at 1600 Pennsylvania Ave makes me a bad Christian?

Galli’s Got a Problem

If Galli wants to present his article as something more than a partisan hack job, he’s got a problem. He’s putting our simple act of electing a political leader over Jesus’ work on the Cross.

And if you think Trump is any more fallen than anybody else not named Jesus, you should spend less time reading Huffington Post and more time reading the Bible.

Al Perrotta is the Managing Editor of The Stream and co-author, with @JZmirak, of The Politically Incorrect Guide to Immigration. He’s also the former Passion Arts minister at Living Faith Christian Church. You can follow him at @StreamingAl. And if you aren’t already, please follow The Stream at @Streamdotorg.