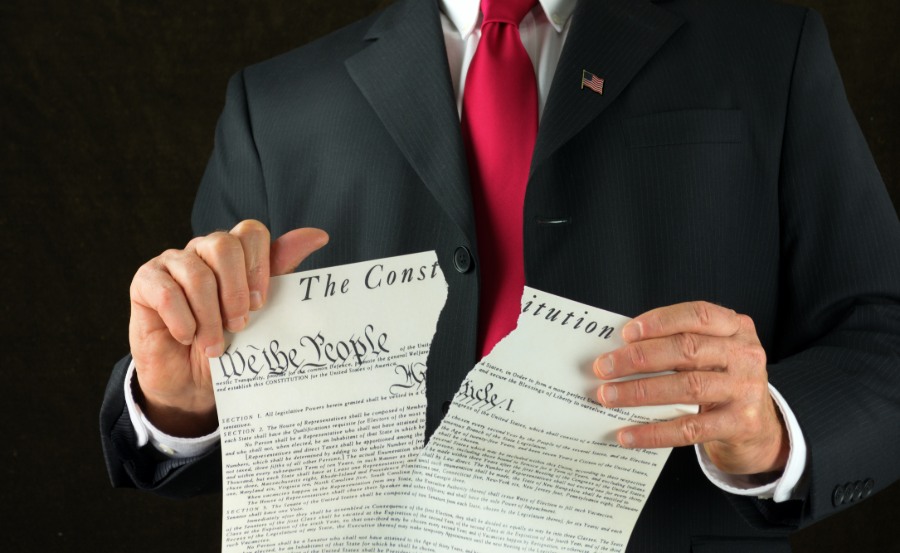 Late last month, the U.S. Supreme Court passed up an opportunity to review the federal Hate Crimes Prevention Act. It’s important for us to understand how laws like this actually undermine core American values.

There’s no doubt that the law was based on the best of intentions. It makes it a federal crime to willfully injure a person “because of the actual or perceived race, color, religion, or national origin of any person.”

Of course, it is already a crime to hurt another person. But we can all understand Congress’ desire to punish bigotry.

What is less understandable is where Congress finds the authority to do so. According to our Constitution, Congress may only exercise those powers delegated to it. And however proper its belief that bigotry is wrong, Article I doesn’t give Congress the power to punish it. Now, that doesn’t necessarily mean that hate crimes can’t be outlawed; it just means the issue is left to the states.

The Hate Crimes Prevention Act is just one example of a law that puts Congress way past its constitutional boundaries.

In an 1883 case, the Court ruled that this includes power to “pass all laws necessary and proper for abolishing all badges and incidents of slavery in the United States.” Note the subtle expansion of federal power.

But what is a “badge” or “incident” of slavery, you ask? Only the Court can say. And that is exactly the problem.

Eroding the Rule of Law

The Hate Crimes Prevention Act is just one example of a law that puts Congress way past its constitutional boundaries. When these laws are challenged on that basis, a single rationale is routinely used to sustain them. It’s the idea that our Constitution does not consist merely of words written on paper, which have meanings that can be found in dictionaries. It’s the idea that the Constitution, instead, can mean whatever judges would like for it to mean.

Add it all up, and what you have is no longer the rule of law, but the rule of five Supreme Court justices.

Other Core Values at Stake

When it declined to review the Hate Crimes Prevention Act, the Court missed a golden opportunity to begin mending some of our broken constitutional fences. But it also missed the chance to clarify the role of government in America.

As stated in the Declaration of Independence, government exists to protect certain rights of the people. Among these are the right to life, and the freedom to pursue our goals. Punishing violence is therefore one of government’s primary functions. But punishing hurtful thoughts is not.

Just as we cannot promote genuine faith by mandating it, we can never eliminate bigotry by outlawing it. Laws designed to promote peace by adding on punishments for racially or religiously motivated crimes do more harm than good. They force us to cast criminals and victims in racial and religious categories. Instead, we should be treating each person as nothing more or less than a human being, created in the image of God and inherently valuable.

For Americans who want to understand why our federal government looks less and less like the one we read about in the Constitution, the story of the Hate Crimes Prevention Act is a good case study.

When abuses of power are based on good intentions, it is tempting for us to overlook them. But before we do, we should consider this warning of C.S. Lewis: “Of all tyrannies, a tyranny sincerely exercised for the good of its victims may be the most oppressive. It would be better to live under robber barons than under omnipotent moral busybodies. The robber baron’s cruelty may sometimes sleep, his cupidity may at some point be satiated; but those who torment us for our own good will torment us without end for they do so with the approval of their own conscience.”

‘The Government is not the Provider of All Things’: Nonprofit Helps Homeless Find Jobs, Discounted Housing