Living in a Post-Truth World 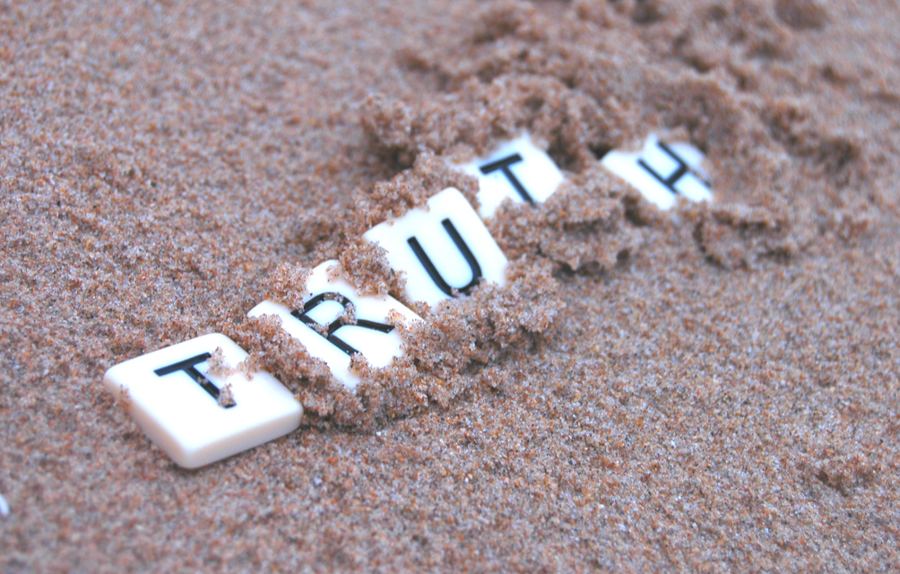 Why has public discourse become such an exercise in polarized futility? There are many causes, no doubt. Here are some that I am pretty sure are significant contributors.

This kind of inability to participate in valid forensic reasoning has always been with us, of course. But I think at least two current influences are making it worse.

Ground your love of truth and your pursuit of it in the only foundation capable of supporting it: The eternal Logos, the Word, who, coming into the world, enlightens every man.

First, social media amplifies the idiocy. There used to be gatekeepers you had to get past to inundate the masses with your message. In so far as social media makes it easier (until it gets “community standards”) to make an end-run around the censors, it is a good thing. But the multiplication of mindlessness in public discourse is a huge downside. The old gatekeepers were not perfect, but they did as much good as harm. At their best, they did more good than harm. They helped to keep the grosser forms of illogic in public discourse to a minimum.

Second, the dominance of Post-Modern “theories” of various kinds in the academy has been an environmental factor that has caused this malady to mutate into even more virulent strains. Like social media but in a different way, this has neutralized some of the natural predators that used to keep it in check. Today’s students are constantly taught that objectivity is so impossible of attainment that it is dishonest to have it as a goal or even an aspiration. It is endlessly drummed into them that no one can escape the deterministic perspectivalism supposedly created by race, class, and gender.

Truth claims are automatically reduced in knee-jerk fashion to mere cynical attempts to assert power. It is not surprising that people come away believing that we really do live in a “post-truth” world. It should not be shocking that they will eventually act on that belief. Thus education, which used to inhibit the kind of thoughtlessness I am describing, now not only encourages it but actively foments it.

Strategies to Fight Back

How do we fight back? Here are some strategies that deserve all the energetic application we can muster.

First, practice intellectual integrity yourself and model it in all your own statements. Verify your facts, don’t make assertions you can’t back up, and practice valid ways of doing that.

Second, find out what the schools are actually teaching your children and be more proactive in counteracting it and more insistent in seeking alternatives to it. Do not accept it as inevitable.

Third, do not assume that “Christian” schools and colleges are uninfected. Too many of them are hopelessly compromised but disguise this fact by the pietism of their rhetoric. Do not assume that just because people use the rhetorical trappings of truth that they actually believe in it or understand (or practice) the implications of that belief.

Fourth, become more vigilant in questioning not just anti-truth content but, even more importantly, anti-truth theories and methodologies. Do not be naïve enough to swallow the lie that Deconstruction or Critical Race Theory (for example) are neutral intellectual “tools” or “methods” of analysis that do not come with their philosophical presuppositions clinging to them in horribly destructive ways.

Fifth, do not fail to be suspicious of baseless claims just because they support your own “side.” Supporting the right with wrong arguments does more harm than good in the long run. It destroys your credibility and that of the cause you support.

Sixth, love truth enough to admit you are wrong from time to time. This can do wonders for your credibility with others who are serious about the search for truth.

Donald T. Williams, PhD, is Professor Emeritus of Toccoa Falls College and the author of 13 books, including The Young Christian’s Survival Guide: Common Questions Young Christians are Asked about God, the Bible, and the Christian Faith Answered and Ninety-Five Theses for a New Reformation: A Road Map for Post-Evangelical Christianity.