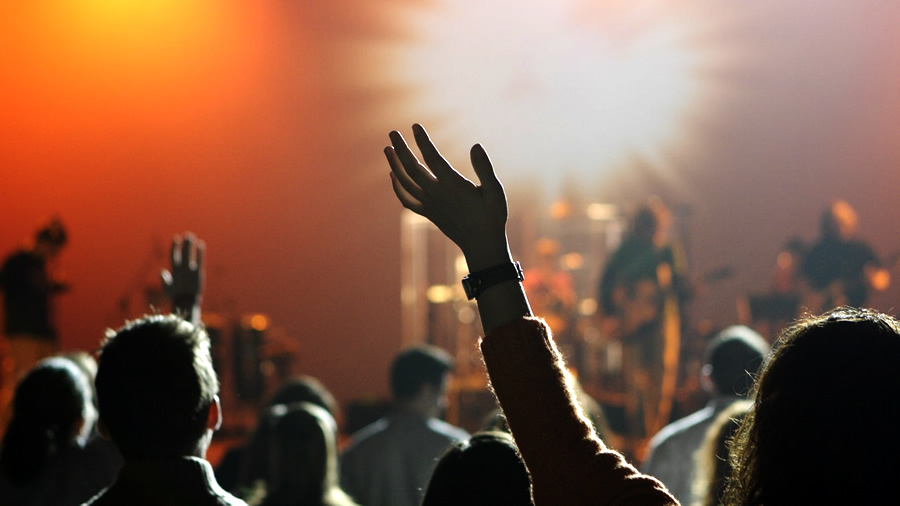 I would not have considered myself a particularly fearful person. But there I was, just a few weeks ago, afraid. Confused. Shaking uncontrollably in terror. Fearing the many “What ifs” of life. “What will they think?” “How will they respond?” “What should I do?” “Did I do the right thing?”

As I’ve pondered my heart and motives in the weeks since, I realized I’ve been afraid of how people would react. I can’t control others’ responses, nor would it be ethical to try. So I let fear control what I did, what I said, how I responded. And then I would worry about whether I had said and done the wrong thing.

But, while I can’t control others, neither should I submit my own actions to fear’s control. Rather, the Lord says to “cast all your anxiety on Him.” I am to submit my fearful, anxious thoughts to Him.

Throughout the scriptures, we’re encouraged to live without fear. “Fear not.” “Don’t be anxious about anything,” “for God gave us a spirit not of fear but of power and love and self-control.” “Be strong and courageous. Do not fear.” “Do not be anxious about your life.” “Cast all your anxiety on Him because He cares for you.”

The other night, I was reminded, yet again, to cast all my anxiety on Him. I was reading Hebrews 10, when two verses stuck out to me — or, really, one word. “Boldness.” Verse 19 reads, “Therefore, brothers and sisters, we have boldness to enter into the Holies by the blood of Jesus.” Later, in verses 35-36, we’re urged, “Do not lose your boldness, which has great reward. For you need perseverance so that, after you have done the will of God, you may receive the promise.”

What does boldness have to do with fear? “Boldness” here literally means “all flowing of speech.” It came to mean a freedom and boldness in living — that causes you to speak openly, plainly, with a cheerful confidence. Living free from fear.

Be Bold. Have Faith.

The context of this “boldness” in Hebrews 10 certainly furthers the message of fear-free living.

The second reference to boldness, in verses 35 and 36, follows an account of the persecution that these early Christians faced. “Remember the former days when, after you were enlightened, you endured a great struggle with sufferings,” the author says.

“Sometimes you were publicly exposed to abuses and afflictions, and other times you became partners with those who were treated this way. For you suffered along with the prisoners and joyfully accepted the plundering of your possessions, knowing that you have for yourselves a better and lasting possession.”

Then, we have the boldness bit. “Therefore, do not lose your boldness, which has great reward. For you need perseverance so that, after you have done the will of God, you may receive the promise.”

“Let your light shine before men so they may see your good works and glorify your Father in heaven.” — Matthew 5:16

What an admirable example these early believers set for us, especially with our society growing ever hostile to Christianity. They could not control how other people would respond to their faith. But neither could they live out of fear and anxiety.

Of course, these verses in Hebrews 10 come just before Hebrews 11 — the “hall of faith,” as it’s been called. So in short we read, “Be bold. Have faith.”

‘Let Your Light Shine Before Men’

I leave you with a snippet of that beautiful sermon that our Lord Jesus spoke on the mount so many years ago — where he calls us to live out our faith boldly before all men. Living free from fear.

Blessed are you when people revile you and persecute you and say all kinds of evil against you falsely, on account of Me.

Rejoice and be glad, for your reward in heaven is great! For in the same way they persecuted the prophets who were before you. …

You are the light of the world. A city set on a hill cannot be hidden. Neither do people light a lamp and put it under a basket. Instead, they put it on a lampstand so it gives light to all in the house. In the same way, let your light shine before men so they may see your good works and glorify your Father in heaven.

A Pandemic of Acrimony

Post-Pandemic Pastors and the Sin of Silence