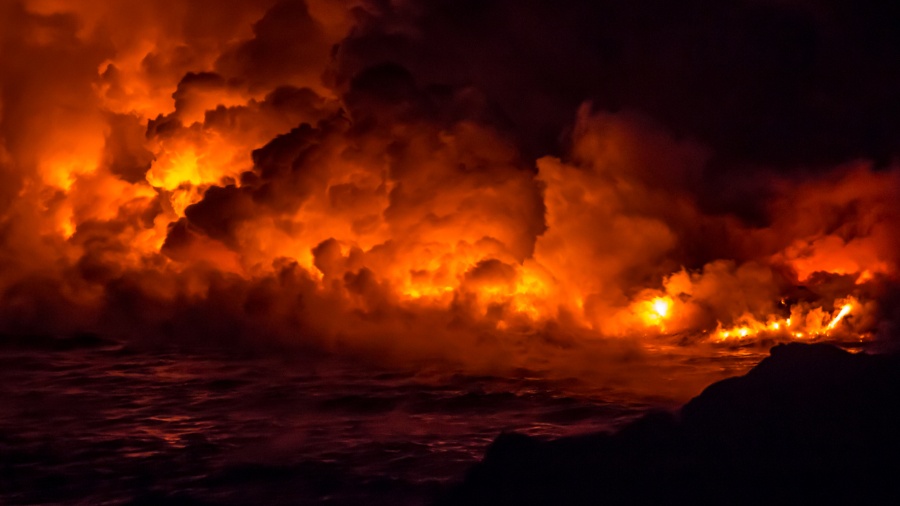 Niccolò Machiavelli’s 1512 play La Mandragola begins with a philosophy of life: “Because life is brief … let us follow our desires.” That could have been written yesterday.

In the play, Callimaco Guadangi is following his desire to seduce a beautiful, pious young woman by trickery. Then he has second thoughts. No, it’s not conscience. He wonders if sex with the woman will be satisfying enough to justify the trouble and expense.

“On the other said,” he consoles himself, “the worst that can come of you is to die and go to hell, but how many others are dead! And there are so many good men in hell! Are you ashamed to go there?”

Hell for Callimaco is a minor consideration compared with what can be had in this life. Besides there may not be any hell. Life is brief, so follow desire.

Today we hear a great deal about following our desires, even in some of our churches. We hear almost nothing about hell.

Today we hear a great deal about following our desires, even in some of our churches. We hear almost nothing about hell.

That’s understandable. We prefer more “uplifting” topics. As sociologist Christian Smith discovered, we are “moralistic, therapeutic deists.” We imagine a well-mannered, easy-going god who loves us just as we are, makes no moral demands and whose primary job is to make us happy. Hell is incompatible with such a God.

Then we wonder why churches shrink in size and influence and why our own spiritual lives seem so bland. We water down our sin and God’s holiness and we’re shocked to discover that what remains is weak and insipid.

By contrast, historian of revivals Richard Lovelace pointed out in his book Dynamics of Spiritual Life that Christian renewal has never occurred — not even once — without a strong conviction of God’s holiness and of the depth of our quite damnable sin. Put another way, we need to be gripped by two truths: God is the just judge and there is a hell where we could end up forever.

On Pentecost, hearing “a sound from heaven like the rush of a mighty wind,” a crowd gathered. St. Peter spoke to them about Christ concluding, “Let all the house of Israel therefore know assuredly that God has made him both Lord and Christ, this Jesus whom you crucified.”

“Brethren, what shall we do?” they asked. Peter responded, “Repent, and be baptized every one of you in the name of Jesus Christ for the forgiveness of your sins.”

A Point of Agreement

Beyond the Bible, this is something about which Catholics and Protestants agree.

St. Ignatius’ Spiritual Exercises are steps to personal spiritual renewal. They begin with meditations on sin and on Hell: “to see in imagination the length, breadth, and depth of hell … To see … the great fires … To hear the wailing … To smell the smoke … To taste bitter things … to feel how the flames surround and burn souls.” After that, “I thank Him for the great kindness and mercy He has shown to me until the present moment.”

Near the beginning of Introduction to the Devout Life, St. Francis de Sales advised, “Represent to yourself a dark city all burning and stinking with fire and brimstone. The damned are in the depth of hell within this woeful city, where they suffer unspeakable torments in all their senses and members. Consider above all the eternity of their pains, which above all things makes hell intolerable.” Then he concludes “Confess that you have deserved Hell, yea, oftentimes.” This is the gateway to a devout life.

Historian of revivals Richard Lovelace pointed out in his book Dynamics of Spiritual Life that Christian renewal has never occurred — not even once — without a strong conviction of God’s holiness and of the depth of our quite damnable sin.

On the Protestant side, in his much maligned and poorly understood sermon “Sinners in the Hands of an Angry God,” Jonathan Edwards meditated on Hell for his congregation. “The use of this awful subject may be for awakening unconverted persons to a conviction of their danger, this that you have heard is the case of every one out of Christ,” he said (in his typical bland monotone). “That world of misery, that lake of burning brimstone, is extended abroad under you. There is the dreadful pit of the glowing flames of the wrath of God; there is hell’s wide gaping mouth open; and you have nothing to stand upon, nor anything between you and hell but the air; it is only the power and mere pleasure of God that holds you up.”

That rather out of character sermon touched off the First Great Awakening.

Stern stuff that and we’d rather not hear about it. It’s too harsh, too judgmental. It sounds too unkind, too primitive for the twenty-first century. Presumably Callimaco and the rest of us have nothing to fear. We can confidently follow our desires in this short life without lasting consequences.

But God is just, and as St. John Henry Newman warned: while life is short, eternity is long.

We should probably think about that and about the two possible options for forever. Considering eternity will change our lives. It may even change our world.