Gowdy for a Day: Lisa Page Testifies Again Tomorrow. I’ve Got Some Questions 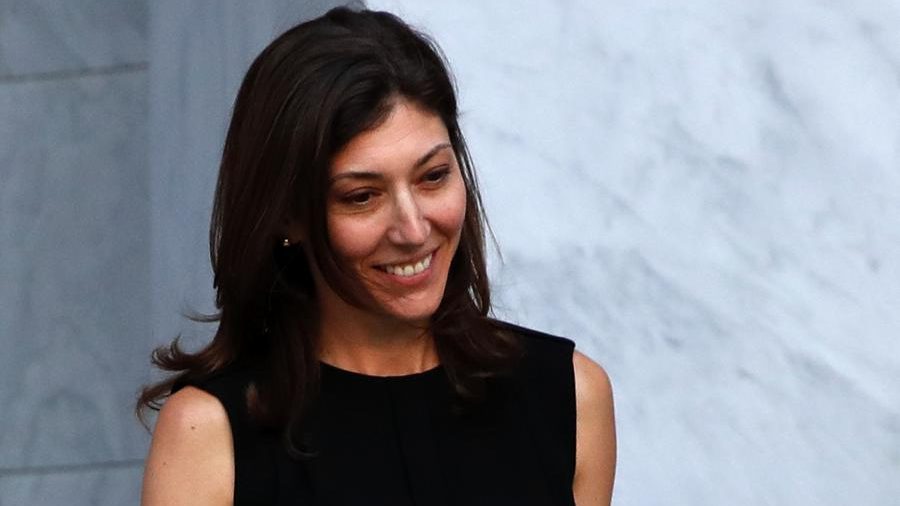 Former FBI lawyer Lisa Page testified behind closed doors on Capitol Hill Friday about her role in the FBI’s handling of the Clinton and Trump investigations — and, of course, those infamous texts with her former paramour, disgraced FBI deputy counter-intelligence chief Peter Strzok. What Page told lawmakers is unknown. However, Republicans are signaling she was a far better witness than her spooky, insolent, snarky ex.

On Thursday, Strzok gave a scenery chewing performance that made Jack Nicholson’s Colonel Jessup look like Colonel Sanders. (He also offered a few glimpses of Nicholson in The Shining, but I digress.)

By contrast, Page was “cooperative” and “credible” during her five hours of testimony, says Rep. Mark Meadows. “She’s been willing to help in the spirit of transparency.” In fact, Meadows told reporters, “She’s doing her best to help us find the truth and I think in ways she’s been falsely accused of not being willing to cooperate.”

Page returns for further testimony Monday. And I have some questions. If I got to play Trey Gowdy for a day, my inquiry would go something like this:

Look. I know you hate Trump. Hate Trump so much you’ve earned your own regular booth at Red Hen. So much you’re boycotting the color orange. But I’m not going to push into your bias. I’m curious about some other things.

First, love the new hairdo. Who’s your stylist? (You can see I have some trouble in that area.) Second, what in the world did you ever see in that guy Strzok? Seriously. All the great single guys in D.C. and you hook up with a married man so full of himself he lists his mirror as his emergency contact?

Moving on, I actually have only a couple questions about your texts and communications with Strzok. First, since you were investigating candidate Hillary and candidate Trump, wouldn’t any mention of them, even on your private devices, be work-related? Have you turned them over?

When Strzok testified Thursday, he said “We’ll Stop It” did not refer to you and him and your small FBI/DOJ band, who were already at work trying to derail Trump. He meant the American people would never elect Trump. My question, just how high a pile of manure was Strzok shoveling? You can answer in feet or yards.

Not to get too personal, but how many times did Strzok try to tell you that something he told you didn’t mean what you clearly took it to mean? That’s what he spent all day Thursday doing. Saying he could “SMELL” Trump voters wasn’t a statement of contempt. It was an off-hand, irrelevant remark about political differences. (Did he ever tell you that saying he’d leave his wife just meant he’d depart from her presence when driving to work?)

Just how good is that counter-intelligence expert at lying and manipulating?

You keep getting described as Strzok’s “lover” or “girlfriend.” That hides just how powerful you were. You were a top FBI lawyer offering legal counsel to the top players in the Clinton and Trump investigations. So, when you advised Strzok to not go into his interview with Hillary Clinton “loaded for bear,” you were not speaking as a girlfriend. You were officially counseling an FBI agent to take it easy on a criminal suspect because she would soon be president and would hold a grudge against the Bureau.

Were you in on the decision to hold up acting on the discovery of tens of thousands of Hillary Clinton’s emails on Anthony Weiner’s laptop?

The FBI agents in New York found “crimes against children” on that laptop. What in the world are they talking about? It isn’t Weiner’s interactions with the teen girl. That’s listed separately. Why do you think the media isn’t interested in finding out?

Were you in on the decision to not pursue the Intelligence Community Inspector General’s discovery that all but a handful of Hillary’s emails had been siphoned off by a foreign entity that was not the Russians? Found out Thursday that Strzok didn’t act on this explosive information. Why is that?

Why do you think then-Director of National Intelligence James Clapper did not order a damage assessment of the harm caused by Hillary letting her official State Department emails bounce around more hostile nations than Ethan Hunt? It’s standard operating procedure.

Was it because the assessment would prove Hillary’s gross negligence — I mean “extreme carelessness” — did endanger national security? Because damaging national security would force a prosecution? Because it would expose President Obama’s statements to the contrary as a lie?

Which gets to what I really want to ask about.

Page Pays a Call on the White House

It’s May 4, 2016. Trump secures the GOP nomination. Aside from having a meltdown, you and Strzok say there will be enormous pressure to close the Hillary case. From who? Seems you answered the question. You immediately schedule a meeting at the White House for the very next day. Coincidence? What exactly about the Hillary investigation was discussed? What strategy was put in place? What pressure did the White House put on you?

Funny enough, later that day the Washington Post posts a big article about the case. It quotes senior people attached to the investigation declaring no evidence had been found that Hillary “intended” to endanger national security. It puts into the public area in the middle of the campaign that Hillary likely won’t be charged. You’re in the “small group” handling the investigation. Did you talk to the Post? If not you, who?

Did your White House meeting lay out the plan for ending the investigation? A couple weeks earlier, Obama had said Hillary did not intend to harm national security. Was that White House meeting where it was determined Obama’s notion of intent would be the hook you’d hang your exoneration on? That leaking it ASAP would help get the ball rolling, ease the pressure on Hillary during the campaign?

Speaking of Obama, were you in on the decision to remove the reference to the President from the Hillary exoneration memo? That reference indicated Hillary had emailed Obama via her unsecured system while in a hostile country. Did this decision also come out of that White House meeting? Who wanted to protect Obama from the public realizing the following? A) Obama communications were now in the hands of hostile foreign agents. B) Obama knew all about the illicit server. C) He lied through his teeth about it.

Finally, because my time is short. After Trump was elected, you prepared James Comey for a briefing on the Trump-Russia investigation. You told Strzok Obama “wants to know everything we are doing.”

Who is the “we”? I assume you didn’t mean “the American people.” Is it the same “we” who Strzok said “would stop” Trump?

What was the “everything”? Did that include the shady FISA applications? The months of running spies — I mean “assets” — at assorted Trump campaign figures? The extensive use of the Steele dossier? The use of the Bruce Ohr at Justice and Nellie Ohr at Fusion GPS to keep cycling dirt paid for by Hillary into the investigation? McCabe and Sally Yates’ set up of Michael Flynn? The curious transition of Michael Flynn’s FBI interview going from the agents not thinking he lied to “Liar, liar. Pants on fire”?

Again, what exactly did you mean by Obama wanting to know “everything we are doing”? Obama insisted he didn’t get involved in investigations. Was he lying? What did he know, when did he know it and what did he do to bring it about?

And please don’t pull a Strzok and tell me, “He just wanted the juicy details of our romantic weekends away.”