Why Lies Prevail in Our Nation

A Message From The Stream's Founder 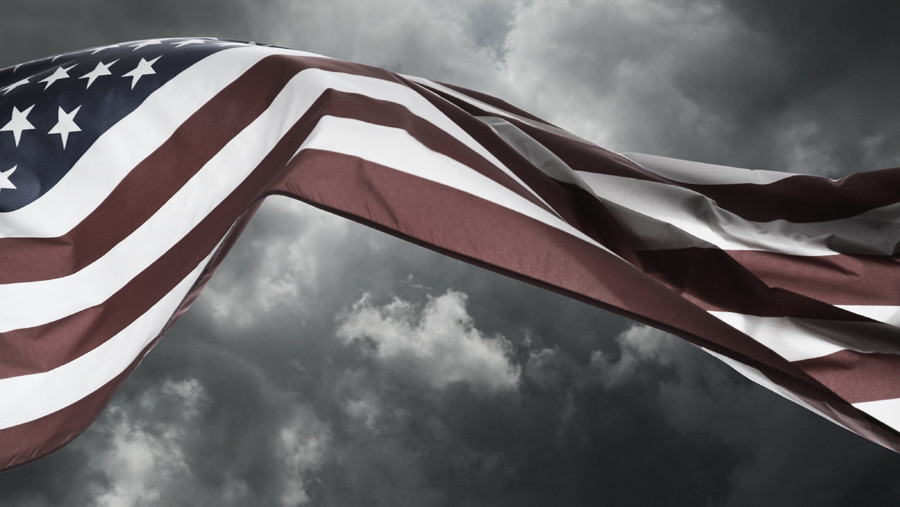 I find myself joining the Old Testament prophet Jeremiah in his heartfelt concern and great compassion for his nation. He said of Israel, “Oh that my head were waters and my eyes a fountain of tears that I could weep day and night for the slain of the daughter of my people.” Later in Lamentations, he asked those in Jerusalem, his nation’s capital city, “Is it nothing to you who pass by? And see all our little ones led away captive by the adversary.”

The “adversary” is the deceiver, who is the father of all lies. He is at work today as he was in Jeremiah’s day. This matters very much to me, because the unconditional love of our Father in heaven fills my heart.

The Midst of Deceit

The hour is very late, but not yet too late. Let’s join together on our face in prayer, asking God for the next great awakening.

As Jesus looked over Jerusalem, knowing they were facing certain desolation, He cried out, “Oh Jerusalem, Jerusalem. How I long for you to return to the shelter and shadow of the Almighty like chicks to the wings of the hen.” I share His broken heart as I look over our nation today. We should all run in brokenness and humility to receive the mercy and grace God freely offers — or the desolation and destruction will come with tsunami-like effect. We will be brought down without the security and shelter only the shadow of the Lord freely offers.

Listen to Jeremiah describe the conditions in his day, echoing the heart of God:

All are adulterers, an assembly of treacherous men. They bend their tongue like a bow. Lies and not truth prevail in the land for they proceed from evil to evil and do not know Me, declares the Lord. Let everyone be on guard against his neighbor. Do not trust any brother because every brother deals craftily and every neighbor goes about as a slanderer. Everyone deceives his neighbor and does not speak the truth. They have taught their tongue to speak lies… Your dwelling is in the midst of deceit. Through deceit they refuse to know me, declares the Lord.

Why do these lies prevail in our nation, while the people are ruined and laid waste like a desert? God answers, “Because they have forsaken My laws which I set before them and have not obeyed My voice, nor walked according to it. They have walked after the stubbornness of their heart.”

The hour is very late, but not yet too late. Let’s join together on our face in prayer, asking God for the next great awakening.

A Charge to Our Shepherds

Jeremiah spoke a very clear word concerning the shepherds, the spiritual leaders: “The shepherds have become stupid. They have not sought the Lord, therefore they have not prospered and all their flock is scattered.” Sad, but too often true!

I pray church leaders will respond like Jeremiah when he said, “I found your words and ate them and your words became a joy and the light of my heart.”

Through His prophet, God continues, “Many shepherds have ruined my vineyard. They have trampled down my field and made my pleasant field a wilderness. It’s been made a desolation. Desolate it mourns before me. The whole land has been made desolate because no one lays it to heart.”

“There is no peace for anyone because the shepherds have sown wheat and have reaped thorns. They strained themselves to no profit. Be ashamed of your harvest because of the fierce anger of the Lord.”

Much of the responsibility for what is wrong in our nation rests on the shoulders of pastors, priests and Christians who have failed to be faithful witnesses for God’s Kingdom. We have not had the life-preserving, protecting aspect of salt that has not lost its savor. Too often, the light of God’s love and glory has been hidden under cover by religious compromise, comfort and convenience, and we’ve failed to expose error and evil, and illuminate the way to the blessings God offers.

I pray church leaders will respond like Jeremiah when he said, “I found your words and ate them and your words became a joy and the light of my heart.” God then spoke to him as He would to all of us as believers and all shepherds, all pastors, priests, and political leaders and individuals who will do what He says.

If you return, then I will restore you and before Me you will stand. If you extract the precious from the worthless, you will become my spokesman [my witness]. They for their part may turn to you, but as for you, you must not turn to them. Then I will make you to this people a fortified wall of bronze and though they fight against you, they will not prevail over you. I am with you to save you and deliver you, declares the Lord. I will deliver you from the hand of the wicked and I will redeem you from the grasp of the violent.

What a glorious promise! This is the promise concerning the same God the prophet Isaiah exalted when he challenged us to rise and soar like eagles, “They will run and not get tired, they will walk and not become weary.”

Return to God! All readers, shepherds, leaders, believers, repent as did the prodigal son, and return to the joy found in the presence of our Father, and we can experience what Joel said, “Watch Him make up for the years the enemy has destroyed,” and you will again be fruitful in spirit, truth, indescribable blessings, prosperity and opportunity.

God will not only be blessing America, but America will be blessing God and our neighbors!

The Lie of Yesterday