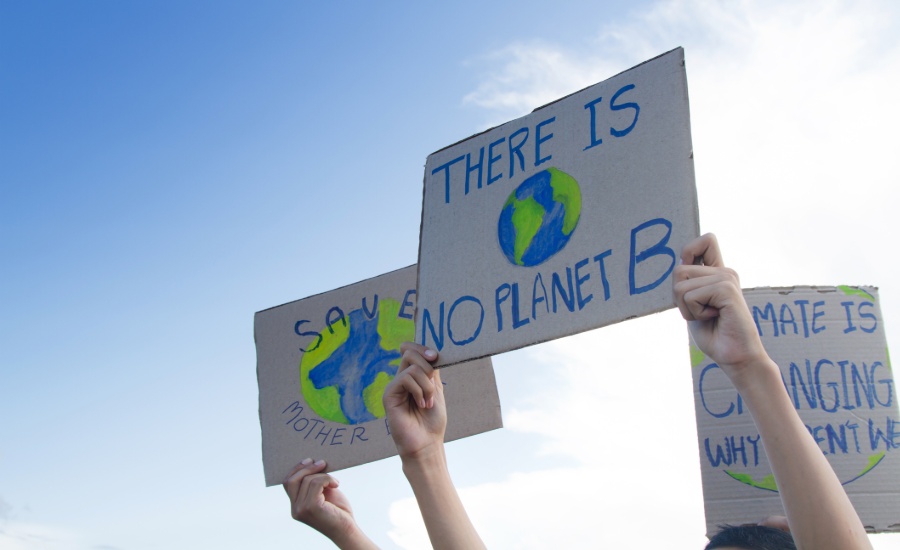 How then did climate fear-mongering gain so much momentum in the past two decades? It is because the climate doomsday narrative is hinged upon two critical aspects that keep its engines running: lies and deception.

Deception About the Future

The most commonly used claim by climate doomsayers is that the future is doomed because of climate change. But how credible is it?

Scientists cannot predict the state of the future climate. Don’t take my word for it. That’s what the United Nations’ Intergovernmental Panel on Climate Change (IPCC) candidly said back before climate alarmists succeeded in its complete capture.

In its 2001 Third Assessment Report, the IPCC expressly said, “The climate system is a coupled non-linear chaotic system, and therefore the long-term prediction of future climate states is not possible.”

While many may claim that it is possible to forecast long-term future temperatures, none of the scientists’ forecasting methods has proven so far to be able to predict global temperature changes accurately.

Claims about an uninhabitable future have their origins in computer climate models, which are used to predict future climate — exactly what the IPCC once said couldn’t be done. But these models have been woefully wrong, failing consistently.

Between 1979 and 2014, the computer climate models used for framing most of the current climate policies failed to reflect real-world temperatures. Scientists say this failure is linked to biases in how the models calculate surface temperature, “simulating an unrealistically large global warming.” In some cases, the models showed 10 times more warming than actual observations.

Even the most advanced and recent climate models, known as CMIP6, are faulty, exaggerating the warming well beyond actual observation. And these are the models currently being used by the United Nations to frame their guidelines by which policymakers are expected to frame policy to mitigate climate change or adapt to it.

Environmental economist and statistician Dr. Ross McKitrick, one of the authors of these recent studies, says that “until the modeling community finds a way to fix it, the economics and policymaking communities are justified in assuming future warming projections are overstated, potentially by a great deal depending on the model.”

Errors will always occur in science and policy. But repeated errors, with unusual resistance to correction, accompanied by the refusal to acknowledge the errors, indicate underlying intentions to promote an agenda instead of science. That is exactly what the climate doomsayers have been doing.

Lies About the Present

Besides deceiving the masses about the future, doomsayers also mislead them about the present. They claim that global average temperature has already risen to unprecedented levels, and that the world is being destroyed because of it.

The doomsayers point to extreme weather events like hurricanes, forest fires, and floods. But the IPCC’s special climate report in 2018 states that “there is only low confidence regarding changes in global tropical cyclone numbers under global warming over the last four decades.” Instead, it reports a “decreasing trend in the global number of tropical cyclones and/or the globally accumulated cyclonic energy.”

The list of lies and deception used by doomsayers is a long one. One wonders what agenda they pursue that makes them think such deception is excusable.

Indeed, as Dr. Roger Pielke Jr. documents extensively in his book The Rightful Place of Science: Disasters and Climate Change, extreme weather events of all sorts have not increased in either number or intensity because of global warming.

When data fail them, doomsayers resort to deception using carefully selected images to further their agenda. A typical deception technique involves the use of a grim-looking image of a popular species, where its deplorable condition is attributed to climate change.

In 2018, the video of a starving polar bear became popular after doomsayers claimed it as the victim of climate catastrophe. The video garnered 2.5 billion views. But it was later found that the videographer, ignoring healthy bears, scouted for a sick bear, and even waited for its condition to deteriorate before filming it, so as to make it a perfect propaganda tool for climate alarmism.

National Geographic went on record to apologize, saying it “went too far in drawing a definitive connection between climate change and a particular starving polar bear in the opening caption of our video about the animal.”

The actual status of polar bears is starkly different from what the mainstream media have been telling. Global polar bear numbers have increased since 2005, and, despite low summer sea ice levels, the bears continue to thrive, putting to rest all the grim predictions about their survival.

The list of lies and deception used by doomsayers is a long one. One wonders what agenda they pursue that makes them think such deception is excusable.