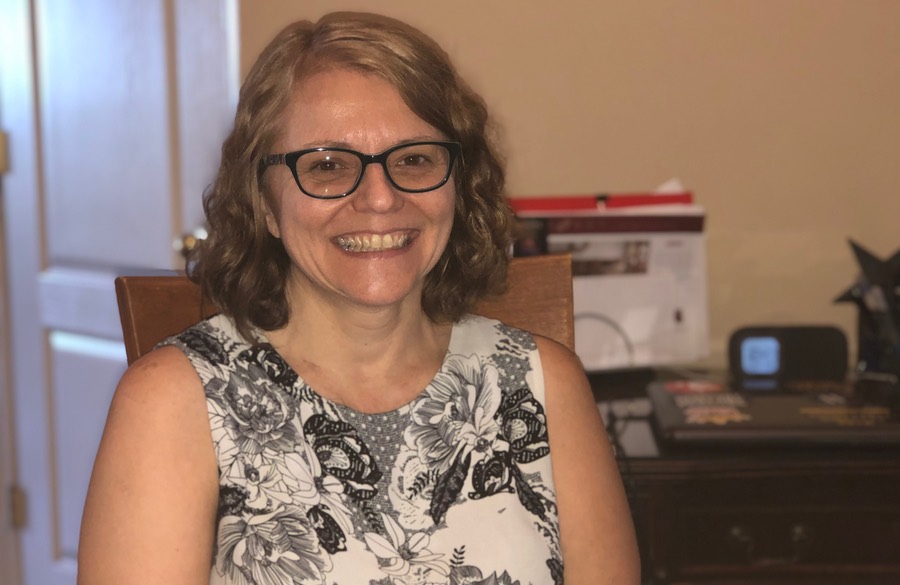 On Thursday, September 26, The Stream sat down with Helen Gilson, chair of the newly established Christian Caucus of the Libertarian Party, in her home in Monroe, Ohio. The shared last name is no accident — Helen is sister-in-law to the interviewer.

Tom Gilson for THE STREAM: Thank you for taking time to talk, Helen.

HELEN GILSON: Thank you. We appreciate the opportunity to let you people know that we’re out there.

THE STREAM: So could you tell us, please, about the Christian caucus?

HELEN GILSON: Well, we started at the national convention in New Orleans in 2018. A young man from Texas, a millennial, and I ended up sitting by each other coincidentally — or “God-cidentally.” And we just really hit it off. We realized we were both Christians, prayed for each other through the convention, and kept in touch. Every couple months we’d send a prayer request to each other, we touched base, and God kept putting on our hearts that we really needed a space for Christians in the Libertarian Party.

We talked about it through the year, and it was just being pressed on us more and more. And we started to let people know that we were thinking about doing this. At each stage, where we needed it, God sent the person we needed at that point. And we’re up and running. We’re filing for nonprofit status, and we’re presenting at a booth in our convention in Austin in May.

THE STREAM: And how large is the caucus now?

HELEN GILSON: Right now we are in about four or five states. We have a chair, vice chair, secretary, treasurer, communications director, and a state coordinator that will start working on state affiliates.

THE STREAM: What is your platform now, how was it specifically Christian and Libertarian?

HELEN GILSON: Well, I wouldn’t call it a platform yet. But we are going to be working on platform issues by convention, and meeting at convention to develop a specific platform. We are still aligned with the Libertarian Party and the platform they have. But we will hopefully have influence in the direction the party goes in the future.

THE STREAM: What would your position be on specifically social issues? As I understand it, the Libertarian Party is loath to over-legislate. But there are issues like abortion, marriage and drugs and so on. Do you have a position on those in particular?

Because those two things don’t always happen. We want to help Christians know there’s a different party option out there besides the Democrats and Republicans, and help the party realize that Christians really aren’t as scary as they think they are.

THE STREAM: Really? That must come from somewhere, that “scary” word.

HELEN GILSON: I think a number of people in the country get an impression of Christians, that we are hateful. Our mission is to show the love of Christ. We want to make sure that those people that may be marginalized for one reason or another understand that we as a caucus believe that if Christ were here today, we believe that he would be next to them and be ministering to them.

THE STREAM:  You’ve stated some of your goals in terms of the influence within the party and among Christians. Do you have others that are ready to share?

HELEN GILSON: As I said, we are aligned with the Libertarian party in that we want less government interference. I personally will state it this way. My belief, and what drives me in this, is I don’t believe God intended for the government to be the one that is merciful and gives out money to the poor. Or that the government was the one that was going to legislate morality. I believe God wants us to make those choices of our own volition, and for us to be the ones who are ministering to people in need, not paying someone else with someone else’s money to do it for us.

THE STREAM: Do you have any other thoughts, any other questions I should’ve asked?

HELEN GILSON: Our website is christianlibertycaucus.com. We’ll be launching a new website in the coming weeks, so if they go there now and sign up, they’ll be alerted when that happens.

THE STREAM: Thanks again for taking the time to talk with us.