An LGBT Roadmap for President Trump 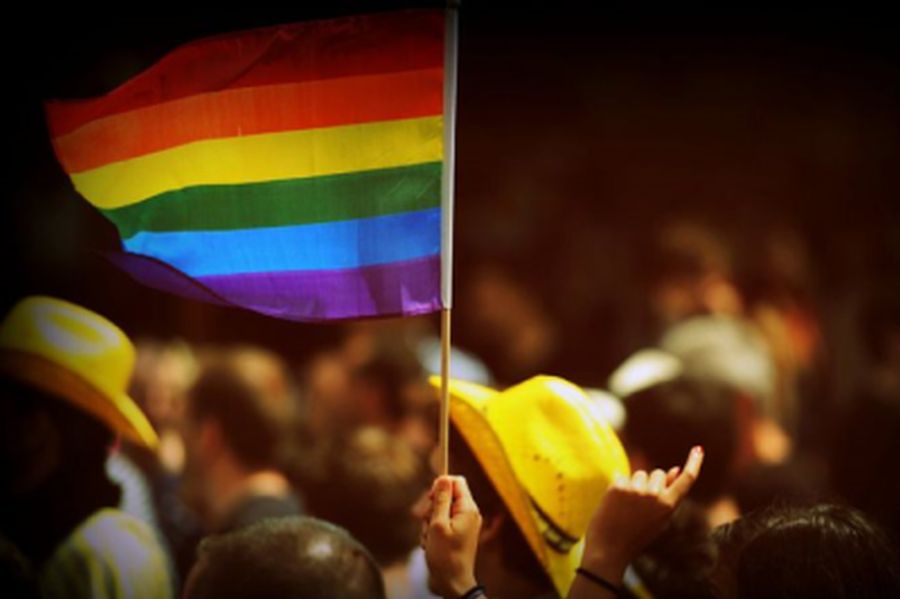 Whatever the conventional criticism of President Trump’s style and experience, he should be congratulated for the decision to bar individuals who identify as transgender from serving in the military. The president will reverse a poor decision of the Obama administration that went against science and common sense, and undermined the readiness and effectiveness of the U.S. military.

There was something delightfully refreshing about President Trump’s announcement. He made the decision suddenly and without fanfare. It attests to his pragmatism and intellectual flexibly. Here is a President who does not hold ideological beliefs on the LGBT issue. After eight years of LGBT propaganda from the White House it is a breath of fresh air.

From the news reports, you would think transgenderism was always accepted in the military. In fact, Obama only announced the decision last year. It had yet to come into effect when he left office. And Defense Secretary James “Mad Dog” Mattis delayed its implementation. It is a straight reversal of Obama’s own executive action.

President Trump should also be congratulated for bypassing Congress. He removed a snag in congressional negotiations. He spared us hundreds of hours of tedious hearings for the sole purpose of trumpeting fake science and sentimental tropes. More importantly, he denied the LGBT fascists an opportunity to threaten and intimidate legislators.

It shows once again that President Trump is more interested in his accountability to the American people than the reaction of the Washington establishment and the fake news media. Bravo Mr. President! Now let’s hope the rules change is just as direct and sophisticated.

Standing Up to the LGBT Bullies

President Trump was not always so brave when it came to staring down LGBT bullies.

President Trump was not always so brave when it came to staring down LGBT bullies. As a candidate he made several overtures to the LGBT cause.

He said the Supreme Court settled the issue of homosexual faux marriage. He promised to support the LGBT cause at the Republican National Convention. He tweeted support for transgenderism. And he waived a rainbow flag during the campaign. Despite all this, he carried less of the LGBT vote than any president in recent memory.

Perhaps the president realizes he stands to gain nothing by pandering to the LGBTs. Maybe he is courting social conservatives. Maybe he is following Mattis’s suggestions. Perhaps he is just exercising common sense or pragmatism. Whatever the case, critics and fans alike should take his positions on social issues more seriously than they took his presidential campaign. The President is more willing to undo the Obama administration’s damage to the moral fabric of America than anyone previously thought.

In June, he did not issue an “LGBT Pride” proclamation like Obama did each year. His Supreme Court appointment, Justice Gorsuch, may vote to reverse Obergfell if the occasion arises. And whatever its defects, President Trump’s executive order on religious freedom was more offensive to intractable LGBT groups than social conservatives.

Sadly, there is one area where Trump’s pragmatism on the LGBT issue has yet to be tested: U.S. Foreign Relations. LGBT activism seems to remain unchanged at the State Department since Trump took office. This is possibly due to Senate confirmation delays from Democrats and the new State Department’s need to gain its footing. But more than anything, it is the result of bureaucratic inertia carrying over from the Obama presidency.

The Obama administration engaged in a global crusade to impose social acceptance of homosexuality. During his first term, Obama officially made it a priority to promote the LGBT agenda abroad. State Department bureaucrats, whose job is to ensure this issue is at the forefront, have dug in. There has yet to be any indication that anything will change.

The President is more willing to undo the Obama administration’s damage to the moral fabric of America than anyone previously thought.

The U.S. delegation at the U.N. continues to make statements, sponsor events, and carry out activities at the U.N. and in foreign countries in support the LGBT cause. We are still part of something called the “LGBT Core Group,” a group of little more than a dozen U.N. member states engaged in a quixotic struggle to make the entire world gay-friendly.

And positions carrying over from the Obama years are radical. The U.S. supports a deliberately fraudulent reading of binding international treaties to read LGBT rights into them. No U.N. treaty includes anything even remotely connected to LGBT rights. And the U.S. even opposes any mention of the family in U.N. policy unless the family is re-defined to include homosexual relations.

We are essentially holding the world hostage until the U.N. system is able to impose homosexual faux marriage on the entire globe. It is easy to see how this does not bode well for U.S. credibility and influence.

Let’s Go Back to LGBT “Lite”

If LGBT issues are a priority of U.S. foreign relations what other objectives are we willing to sacrifice to obtain LGBT friendly results? Promoting civil and political rights? Defending Israel at the United Nations? Nuclear non-proliferation?

Even aside from the unlikelihood that this standoff ever pays off, it undermines efforts to hold the U.N. bureaucracy accountable. U.N. bureaucrats already take liberties with binding human rights treaties as if they were a “living documents.” This contributes to states ignoring their human rights obligations. Why should they buy into human rights if the ground is constantly shifting under them?

Every time the U.S. promotes LGBT rights, it alienates countries where sodomy is illegal and where homosexuality is not socially accepted. That includes most countries outside of Europe and the Anglosphere. It also allows countries to claim the U.S. is causing unrest within their borders and interfering in their internal affairs.

But those who stand to lose the most from U.S. LGBT advocacy are probably individuals who identify as LGBT. Their lives are endangered when the U.S. promotes the LGBT agenda internationally. LGBT activists themselves have criticized American and European LGBT groups for their aggressive campaigns. If President Trump adopts an LGBT “Lite” approach, he will still have the vote of moderate LGBT supporters. He will only lose the vote of LGBT fanatics. They would never vote for him anyway.

U.S. diplomats need to go back to silent diplomacy. Critics will say it is paying lip service to LGBT rights while avoiding LGBT results. They are right. But moral grandstanding and ultimatums is not an effective strategy at all. And undermining international law is even more dangerous.

3 Questions Regarding Our Bombing of Syria