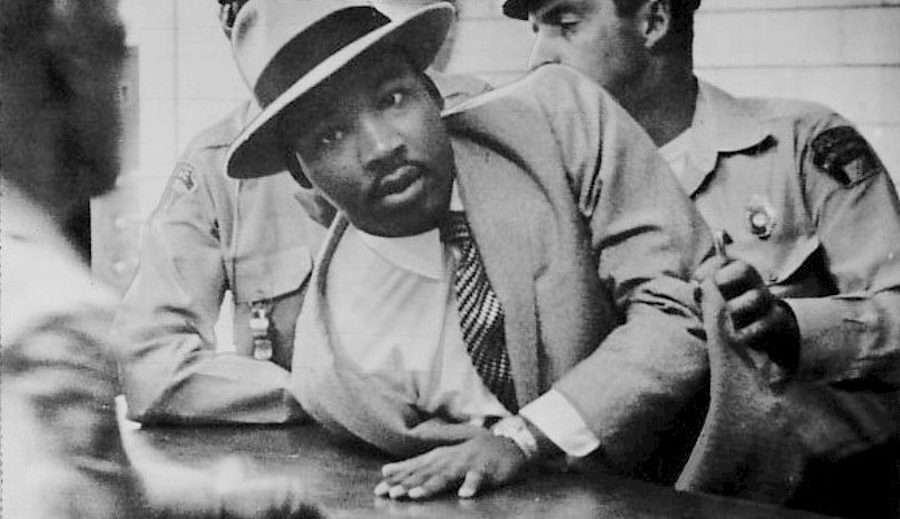 I’m tempted, just to be cheeky, to model this column closely on Rev. Martin Luther King, Jr.’s “Letter from Birmingham Jail.” I’m good at mimicking rhetoric, and the outcome would be funny. But I won’t do that. I’d judge it wrong on several counts. First of all, Dr. King was brutalized by racist sheriffs and always in fear of his life (which he finally lost to an assassin). He and his followers braved open violence day in, day out at the hands of angry racists. I certainly don’t mean to pretend that I’ve faced any such treatment.

Yet. But what are Christian conservatives of any color to think of leftist rhetoric today? Former Clinton administration officials like Robert Reich demand a “truth and reconciliation” commission to investigate Trump officials. Reich pretends they’d imposed a system like Apartheid on Americans. Instead of just, you know, winning an election they weren’t meant to win. Former sane adult and conservative columnist Jennifer Rubin calls for a blacklist. Its goal? To prevent anyone who served the duly elected president from ever working again.

Leftist media are even making enemies lists of U.S. senators:

Fox News Is Now on Antifa’s Side

Fox News switched sides with Stalinist precision on election night. It started calling states for Biden, while refusing to call them for Trump. Judge Jeanine Pirro had her show canceled for two days when she tried to speak about voter fraud. (She has since been fired outright.) Fox News actually cut away from the White House Press Secretary (as several networks did from the president himself) when the subject turned to voter fraud. That means no large national network will even present the views of half of America.

Fox News cuts away from the Trump campaign press conference with Neil Cavuto saying that they “can’t in good countenance continue showing this” when @PressSec says that Democrats are “welcoming fraud and welcoming illegal voting” in the election pic.twitter.com/0d5B5cJ0D8

What we’re seeing right now is not an American election, circa 2020, but more like a Polish, East German, or Hungarian election circa 1948. That’s when the Communists stole the votes. And the state-run media duly reported that the Communist candidates had all won fair and square. People imprudent enough to say otherwise were swiftly and sternly punished.

Anarcho-Tyranny: the theory that the government can and should enable mob violence to accomplish political goals, and only use law enforcement to silence dissenters

Social media companies with billions in assets and almost monopoly control over the dissemination of news wield their power. They label the president’s Tweets as “false.” That makes a joke of their claim to be neutral platforms, not publishers. Google’s algorithms routinely get tweaked to shut out dissident sites like Breitbart.com. And countless conservatives got deplatformed for making legitimate arguments about public policy.

Are we supposed to pretend that none of this is dangerous? Or an un-American power-grab? I recall how pro-slavery forces in the antebellum South outlawed abolitionist newspapers. Then gathered mobs at the homes of anti-slavery activists, driving them out with violence.

If this election ran so honestly, why do billion-dollar corporations have to collude to stop the recounts? Are our arguments that it was stolen so bankrupt? Then why not let people read them and conclude that for themselves? Instead, the whole media universe is turning into some snowflake college campus, where ideas that make rich kids “feel unsafe” get dissenting students expelled.

What America might turn into would prove even uglier, and more dangerous, than the pre-Civil Rights South. I say this with all due respect for what Dr. King and his courageous disciples suffered, and what they accomplished. If anyone has the right to speak for Dr. King’s legacy, it’s his niece Alveda King, whose father (Martin’s brother, A.D. King) was also a civil rights leader. And as of yesterday she was at the White House with President Trump, praying with him and his other evangelical advisors for an honest outcome of this crisis.

But now let me tell you why I sit in Twitter jail, for a total of seven days. I read the following news:

Hours after Commissioner Dan Ryan cast the deciding vote against gutting the Portland police budget by $18 million, a group of protesters showed up at his Oregon house, shattering glass, smashing a flower pot and throwing things at the home.

Protesters, who have for months demanded steep cuts to the police in demonstrations that frequently turned violent, arrived at a dark house and lit flares at the start of the mayhem, the Oregonian reported.

Ryan said in a statement, “I appreciate that members of our community are passionate. But trespassing at the home I share with my fiancé, disrupting and intimidating my neighbors and me — and vandalizing my property — is not a productive or safe way to express opinions. I have elderly neighbors and I fear for their safety and well-being.”

Reading that outraged me. We shouldn’t tolerate violent attacks on lawmakers in America. But of course, Democrats allowed and enabled riots aimed at millions of Americans all through the spring of 2020 — only using police to arrest citizens like the McCloskeys, or Kyle Rittenhouse, who dared to resist.

The Theory and Practice of Anarcho-Tyranny

In doing so, the Democrats exposed their true ideology. It isn’t liberalism or even socialism, it’s Anarcho-Tyranny. That’s the theory that the government can and should enable mob violence to accomplish political goals, and only use law enforcement to silence dissenters. Joe Biden went along with it for month after month after month.

That was the theory underlying the Kristallnacht attacks on Jews in 1938, and before that the violence of lynch mobs used to intimidate black Americans under Jim Crow. And if we let this election get stolen, Anarcho-Tyranny will have won.

After reading what happened to Commissioner Ryan — projectiles getting thrown at his windows, which could have killed him or others — I did indeed write on Twitter, “He should shoot them.”

And that got me banned for a week for “inciting violence.” See how this works? This is the new America you’ll live in, with federal authorities backing the rioters too, if Biden slides into the White House on a trail of slimy fake ballots.

Not on my watch. Not if I can help it. God save us and grant us victory.

Will Tyranny Prevail by Fraud in America?