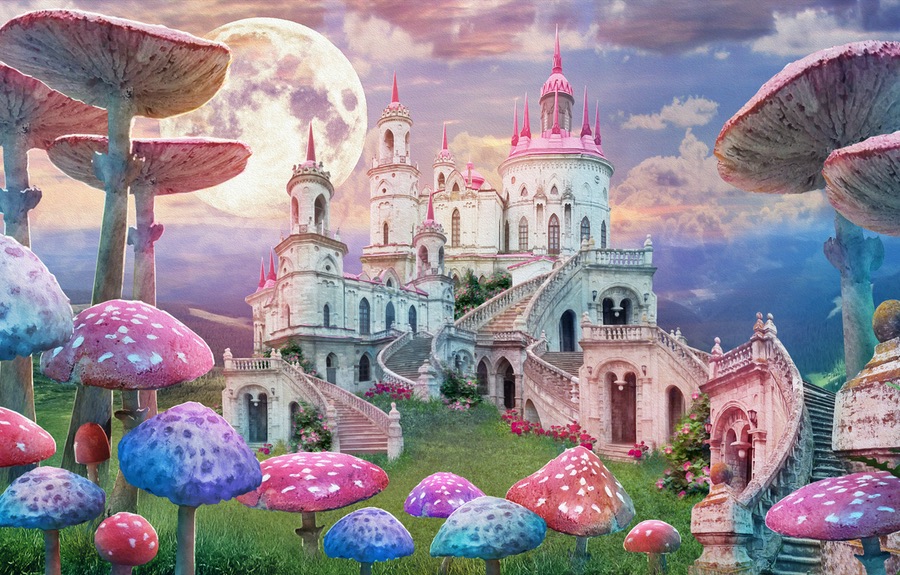 I’m not talking about old-fashioned political problems with reality: hypocrisy, exaggerations, lies, and such. Reality has always taken a beating from every side in politics. The ordinary lying politician knows he’s not speaking reality, though, and tries to get away with it. Today’s progressives don’t care about any of that. Why should they, if can wish their favorite fantasies into reality instead?

That’s a big if, certainly — too big, because it’s utterly deluded. It’s false. It’s foolish. Still they act as if it were true. Let’s look at three examples.

Joe Biden is a sock-puppet. There’s no secret there. He’s a pretend candidate. I see it less as a lie, though, and more as a kind of golem tale, the story of an unreal shell animated by other spirits behind the scenes. That would include whoever is writing and running his teleprompter.

It’s all pretense, but on what level? For all I know, Biden might be caught up in it himself. He might believe he’s for real. Half the country acts as if they believe it, too. So the fantasy multiplies upon itself: He’s a pretend candidate running for president in an unreal world, with millions of loving supporters all pretending they don’t know it’s all pretense.

You’ve got to wonder how so many progressives became so comfortable with such unreality. They have, though. Maybe it’s because they’ve had so much practice in the gender fantasy world. There are wizards, you see, who can change a person’s sex. They can even alter reality, so that everyone thinks the person’s new sex is the one that’s been real from the start.

These wizards used to exist only in fiction: horror movies and fantasy novels. That’s changed now, though. Now it could be literally anyone. It could be you or me! You have the power, I have the power, we all have the power. All we need do is declare ourselves the other sex, and reality adjusts to match. The spell covers everyone, as the whole rest of the world sees us that way from then on. It doesn’t work on everyone, but that’s only because they’re defective. There’s something not right about them.

Or so the story goes. Amazing, isn’t it, how hard that is to distinguish that from fantasy fiction? We have the power! You don’t like the reality you live in? No problem! Just pronounce a new one. Poof! Problem solved.

But progressives have had pretend-world practice going back long before that, even. It’s called socialism. Noah Berlatsky articulated it beautifully last week at Mic.com. He was telling us how easy it would be to end poverty in America, and end it soon. I mean, real soon. As in, next month soon.

All it would take is for the MECSA coronavirus relief bill to pass, and then, “through some miracle,” for the coronavirus crisis to end in September. If that happened, he says, “each person in the U.S. under the income threshold would receive $20,000. … A family of four, which would receive $80,000 through the program, would be above the 2019 median household income of $75,500.”

So “with the stroke of a pen” (Berlatsky doesn’t work very hard to keep from clichés) the government would lift everyone above the median! And in the right kind of fantasy world, the median would remain right where it used to be!

Do you see the wishful thinking in play here? Coronavirus ending soon? That would certainly be “some miracle.” Solving poverty by printing money, though? That would take nothing less than a wizard’s magic money tree. 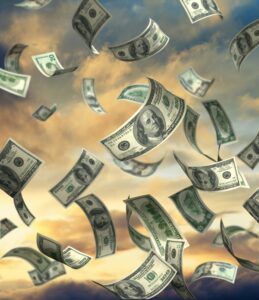 Okay, I admit, that was a cliché, too. I shouldn’t have done that. Except it’s not my fault. Berlatsky actually says, with no sign of blushing, “We do actually have a magic money tree — or, what’s better, a government that issues its own currency.”

I can’t copy the image mic.com used with his article — copyright restrictions won’t allow it — but the feel of it is a lot like what you see here: Franklins falling from heaven for us. Now, there’s fantasy for you!

Governments have been printing currency for centuries, yet poverty is still with us. Maybe we’ve been doing it wrong. Maybe up till now we’ve only printed Muggles currency. This author’s currency would be real magic-money-tree currency, grown in orchards blessed by elves and gods.

And here’s the best part: This money is so magic, it can buy stuff that no one has to bother making! No one has to go to work, but this incredible cash keeps us all living above the median. No one has to truck stuff to your town, and no one has to show up at the store to sell it to you. All by the power of the government’s issuing wizard money. Oh, and also with the help of coronavirus — in case this wasn’t fable enough already.

Berlatsky actually wrote this. This is the fantasy world progressives think we live in. If they think at all, that is.

The World They Wish They Lived In

But hey, who’s to complain? I like the idea of a world where “mostly peaceful protests” (now, there’s another fantasy for you!) never meant smashed windows or corpses on the street.

I love the idea of a world where neither college nor health care costs a person anything. That’s fantasy, too.

I’d be thrilled to live in a world where corporations paid not just some tax, not just more tax, but (since we’re in fantasy-land here) all the taxes, and every human could pocket all the savings — because no corporation would dream of passing those costs on to consumers.

The difference between conservatives and progressives is the difference between living in reality and thinking we can wish a completely different reality just by the wishing. Or by the voting, which in their minds amounts to the same thing. That leads naturally to the next key difference: Progressivism is deluded and foolish. And unless they find that magical money tree orchard somewhere, it’s also doomed to absolutely certain failure.

Religious Freedom Is on the Line