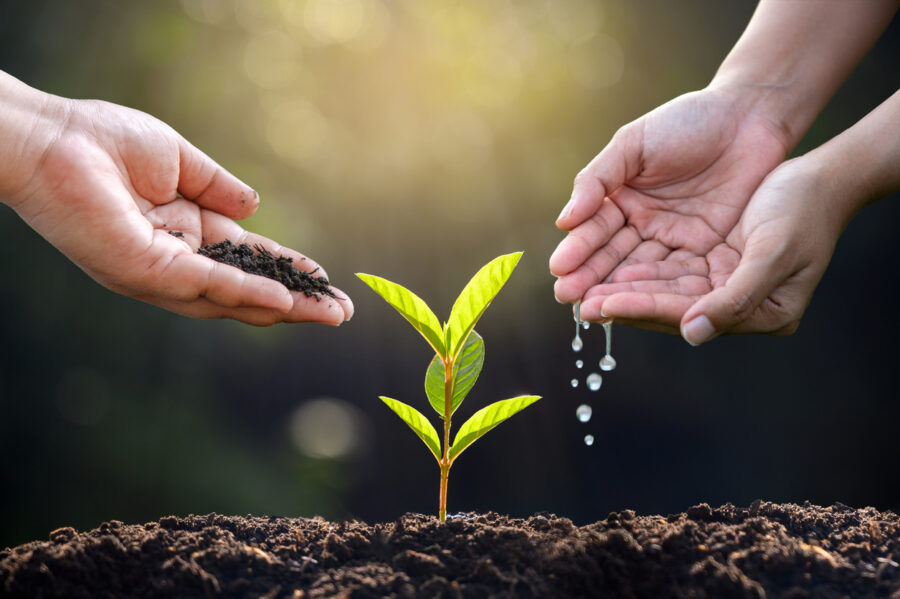 EDITOR’S NOTE: After publication, we received a note from former HUD Secretary Dr. Ben Carson about the article. Since we currently do not have a comment function, we’ve decided to post his note here:

I have always appreciated the messages that James Robison provides but this particular message on The Stream about the new year could not be more timely. Every one of us is imperfect and God laughs at our plans, but the good thing is that we all have a savior. We also all have spheres of influence which Pastor Robison makes abundantly clear in this must read article. Have a happy new year.

The healing of America is more possible and likely than ever. The path to freedom’s cure in 2022 is certain and more simple than one might imagine. If believers will become the answer to Jesus’ prayer in John 17, we will then begin to effectively fulfill the Father’s dream of His “will being done on earth as it is in heaven.” His kingdom is here — not only “at hand,” but as Jesus said, “within us.” The answers are found in the efforts of his followers and that includes us. As individuals. And as a family.

Resolve to Take Back God’s Garden in 2022

The family — the body of Christ, the church — is the only force on earth the gates of hell cannot prevail against. We must cease allowing the enemy to scamper unabated. We must cease the slumber, no longer being “at ease in Zion,” no longer being overwhelmed with indifference, contention, dissension or foolish discussions. We must come together, filled with the power of the Holy Spirit and allowing His kingdom presence and power to impact His world, His garden, Planet Earth.

If we would stand up now, sold out to the truth, we could take back God’s garden, His world, and oversee it with His wisdom from above and bless the lives of all those He gave His Son to save, to redeem. When His will is “done on earth as it is in heaven,” we crush the enemy’s deception and desires under our feet like dust, a serpent or scorpion.

Someday, in the next kingdom, Satan will forever be cast into the “lake of fire,” the hell prepared for the devil and his messengers. Now is the time for God’s family to arise and shine with the glory of the Lord on us.

Resolve to Recognize None But Jesus is Perfect

We too often cut ourselves off from other believers because we think they are wrong about something, or not up to our standard. Let’s stop and let’s face the truth: There’s no one perfect except Jesus, the Father and the Son. He’s the only one who’s perfect, and the perfect one gave us His word in the Bible written by God through imperfect people.

King David was an awesome shepherd, wisely protecting his sheep from the bear, lion and all predators while leading them to green pastures. He cared for them in every valley and challenge, just as the Lord, who is our Shepherd, says He will be with us. And he killed Goliath, who mocked the family of God. He killed the enemy of freedom the same way we are supposed to overcome the enemy’s evil intentions and prevent him from prevailing.

Look what happened to David with Bathsheba. We don’t stop learning from him after he failed. He was already imperfect before he made that mistake. But consider what we continue to learn from him after his brokenness and repentance — perhaps even greater lessons about God’s love and grace.

Consider Solomon. King Solomon had a thousand wives and concubines. He messed up royally. Yet Solomon is rightly held up as man who offered life-changing wisdom. Wisdom comes from God — from Above, and it will still be wisdom regardless of who shares it. Further, Solomon confessed his own failures and inadequacies at the end of his life. We learn great wisdom from him, even though he was imperfect.

The major and minor prophets also were imperfect. Elijah, one of the greatest, called down fire from heaven to consume the sacrifices and prove who God was to the whole nation. Yet he had been hiding in a cave from demonic Queen Jezebel. And then, after God answered with fire, Elijah went out and pouted under a juniper tree. We learn from it that the prophets were not perfect.

When Jesus asked, “Who do you say I am?” Peter answered, “You are the Christ, the Son of the Living God.” Jesus replied, “Because what you heard from God and your ability to know I am the Christ. Flesh and blood did not teach you that, God did. The believer’s ability to hear the Father is the rock upon which I built my church.”

However, the very next time Peter opened his mouth, it was pure Satan! Jesus had to rebuke him. Later, Peter boasted , “I am the one guy you can count on.” But when Jesus needed him most, Peter not only couldn’t stay awake to pray for even an hour, he denied Him three times.

I mean, that’s the height of total separation from a meaningful relationship with God. Filled with remorse, Peter stopped boasting about how right he was and said, “You know everything about me.” That man, after the Upper Room experience, filled to overflowing with the Holy Spirit and the kingdom power of God, was the keynote speaker at Pentecost.

Today, I wonder how many religious tribes, denominations and sectarian groups would even allow that man to attend their national convention, much less be the keynote speaker.

Resolve to Resist Division in the Body

Here is something I believe God wants us to hear:

We tell our people to avoid the church down the street, or the other denomination, or the other speaker because we found something wrong with them. In other words, don’t learn from each other. As I often say, we amputate uniquely designed members of Christ’s body, refusing to even talk to those we disagree with and seek to learn and grow together as Jesus prayed we would. We cut the body of Christ to pieces. And we’ve got to stop that.

I believe if the church in a spirit of love, concern and unity would come together at the table of reason, our very divided, deceived, very foolish national leaders would be inspired to come together. Why can’t people who say they want the best sit down and together seek what’s best for the people God loves so much? Since “God is love” and “love never fails,” how about we try what is guaranteed to work? LOVE.

Resolve to Come Together as Bright Lights

When I was a young evangelist, Billy Graham told me to spend time with people I had been taught to avoid. I did it. Even though I then found myself talking often to someone I was convinced was wrong, I amazingly saw them totally changed—and I also saw myself drastically changed as a result of engaging with them.

For the last 15 or 20 years and through our television program, LIFE Today, we have been bringing together the leaders of different Christian groups and showing you the greatness of God through imperfect people.

I have watched great Christian leaders come together to speak God’s truth consistently, without ever wavering or compromising.

Just like Daniel spoke to four wicked kings. Every time they took their wise advice, the people were better for it. Every time!

I am now watching great leaders who are willing to come together and quit arguing about their differences and start demonstrating the love of God. Let’s get this straight: “God is love”; and “love never fails.”

It’s time for us to release the power of that love through yielded members of Christ’s body, totally submitted to His head, and let the world behold the glory of God on His family. The lost world will run to that light.

Resolve to Help Heal the Nation

This new year is a crucial one for our nation.  We cannot sit on the sidelines or sit on our hands in our pews. We must be unceasing in sharing transforming truth and undeniable, historically confirmed principles that are biblical and were important to our nation’s founders.

God says, “Open your eyes, and you can see Me revealed in what I created. You can see the rock-solid, principled foundation necessary for freedom to be protected and preserved.”

We must support at the ballot box those who understand those principles and foundations. And stand ourselves, be it at school board meetings or city council gatherings.

We must, to borrow the Christians Engaged motto, “Pray, Vote, Engage.”

Resolve to DO THE WORD

When Jesus said, “Build your house, your life, family and future on the unshakable foundation, and it will withstand all storms,” He didn’t say, “Discuss the Word, debate the Word, defend the Word or just declare the Word.” He said, “DO IT.” And the house stands. So will freedom. Any family, business or nation that builds on this foundation can withstand all storms, and it will be “love that never fails” and, revealing clearly, “God is love.” As Christians, let’s help inspire a new year that God will say is great!