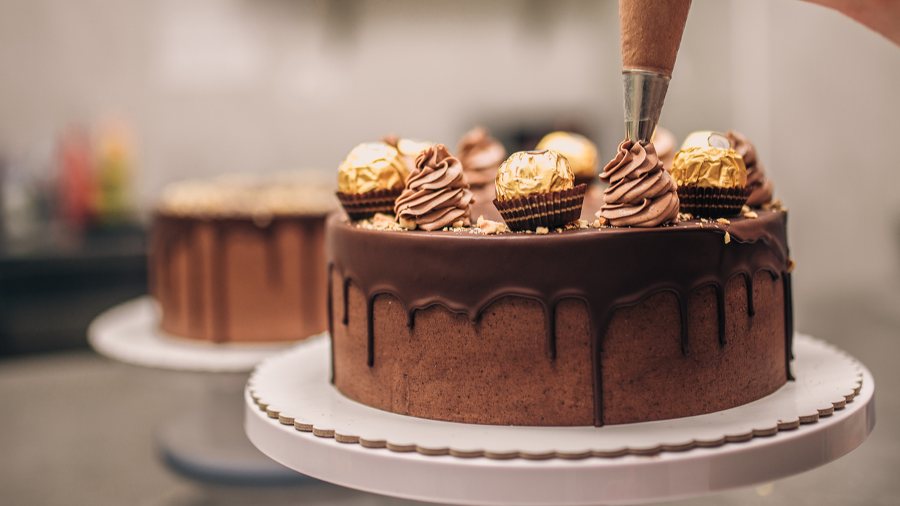 The story goes that if a certain woman made you a cake, it was a sure sign that you had offended her. The cake was her way of apologizing. Apologizing? Yes. Rather than lovingly ignoring offenses, she found that they caused her to lose love. To remedy that she needed to apologize and atone for her lack of charity.

Lent begins on Wednesday and it seems to me that this woman and her cakes reflect the spirit of the season.

In his book Introduction to Christianity, Pope Emeritus Benedict XVI reminds us of “Plato’s image of the crucified ‘just man.’” Writing in The Republic, 400 years before the birth of Christ, Plato imagined what life would be like for someone who is completely just and good. He would, Plato argues, have to seem unjust and evil since that alone would guarantee he was righteous and not simply a people-pleaser. As a result, this just and good man, “will be scourged, racked, bound — will have his eyes burnt out; and at last, after suffering every kind of evil, he will be impaled.”

Plato’s speaker, Glaucon, concludes, “Then he will understand that he ought to seem only, and not to be just….”

Pope Benedict then points to the crucified Christ and concludes,

The fact that when the perfectly just man appeared he was crucified, delivered up by justice to death, tells us pitilessly who man is: Thou art such, man, that thou canst not bear the just man — that he who simply loves becomes a fool, a scourged criminal, an outcast.

Why do we treat the just man that way?

Thou art such because, unjust thyself, thou dost always need the injustice of the next man in order to feel excused and thus canst not tolerate the just man who seems to rob thee of this excuse.

That is, because we are fundamentally unjust and evil (Romans 2:23), we need others who we can imagine to be more unjust and more evil than we are. We require the vile “other” in order to justify ourselves and feel at peace. The justice, goodness, and holiness of others only brings out the worst in us.

Don’t believe me? What happens in your gut when you think about: LGBT+ activists, the ACLU, mainstream media, Nancy Pelosi, Planned Parenthood? Or perhaps you can try: Christian fundamentalism, climate change deniers, the NRA, Donald Trump, “anti-choice” activists, white male.

You see? Our natural depravity egged on by decades of media hype and direct mail — both of which feed our fears and hatreds for profit — have created a national polarization crisis fueled by our sin of self-justification. As a result, we lack love for our neighbors let alone our enemies (Matthew 5:43-48).

The Gospel of Divine Love

The solution is Christ crucified.

First, writes Pope Benedict, Jesus on the cross tells us who we are:

The truth about man is that he is continually assailing truth: the just man crucified is thus a mirror held up to man in which he sees himself unadorned.

We glibly say, “Jesus took my place.” Indeed he did. Contemplate that place. Contemplate how and why in God’s justice you deserve crucifixion for your sins.

We can do that only because, second, Jesus on the cross tells us who God is:

God is such that he identifies himself with man right down into the abyss and that he judges him by saving him. In the abyss of human failure is revealed the still more inexhaustible abyss of divine love.

As to the vile others around us, rather than shunning them, calling them “idiots,” and thinking how much better the world would be without them, love them and pray for them. Pray God will bless them. Pray for their salvation. After all, if God can save you and me, anything is possible. Pray for a loving, a charitable heart. Fast for it. Make your Lenten sacrifices less about you and more about your neighbors. Invite people who are not like you to coffee or lunch or for a walk. Listen to them.

It is my fervent hope that believers will find this Lent a favorable time for bearing witness to the gospel of charity in every place, since the vocation to charity is the heart of all true evangelization.

And evangelization is the heart of true change in individuals and cultures.

It won’t be easy, but then repentance and amendment of life never are. At the same time, if we Christians don’t take the first steps, if we don’t build the bridges, if we don’t bake the cakes, no one else will.

Has the Pandemic Allowed Us to Justify ‘Ecclesiastical Polygamy?’