Lent and Sacrifice for the Church 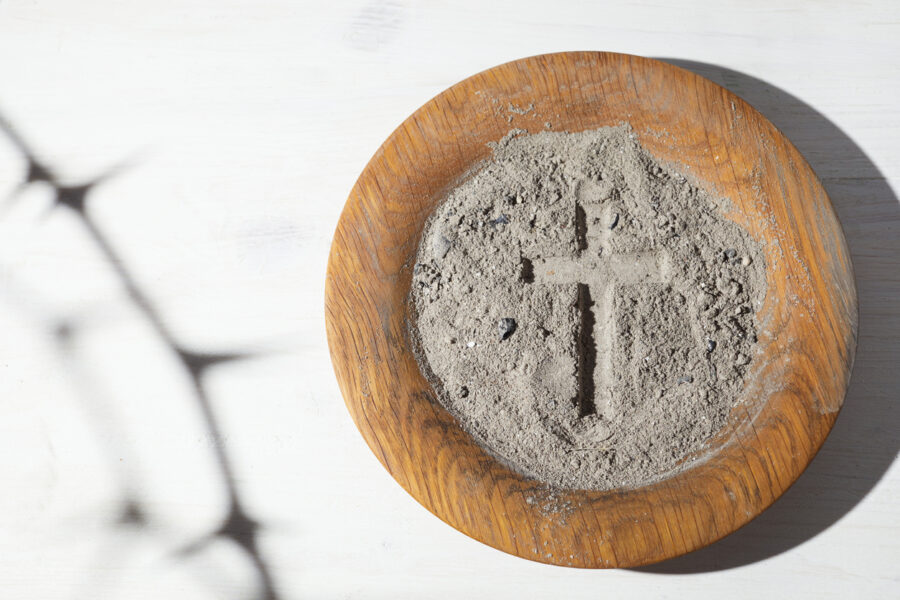 Nearly all invitations to Lent say more or less the same thing. “We die to ourselves so that we may live with God,” announces the front-page of the new National Catholic Register. Indeed Lenten repentance, prayer, fasting, and penance enables each of us to focus on God in a new and concentrated way.

I’ve always taken Lent to be a time of personal spiritual renewal, but starting Wednesday I plan to add a new twist. Lent will be a time of sacrifice for the Church.

For the past fifty years I’ve been involved with what could be called “the Christian worldview project.” Along with many more talented men and women, I’ve written, spoken, preached, and argued.

Has there been fruit? Some I guess, but over that fifty years the culture and the church have slipped further and further away from any semblance of commitment to the good, the true, and the beautiful … further away from a Christian worldview. It seems we’ve been fighting what J. R. R. Tolkien called “the long defeat.”

Chuck Colson once commented to me that while Jesus calls us to be the salt of the earth (Matthew 5:13), even salt can’t preserve forever. Because of the Fall and human sinfulness, all cultures including the culture of the Church are subject to decay and rot. And, well, here we are.

In July 2020, Barna Research reported: “One in Three Practicing Christians Has Stopped Attending Church During COVID-19.” What happens after COVID? No one knows, but I can’t believe that after of a year of at-home, stress-free Sunday mornings people will be rushing back to fill the pews. The de-churching of America seems destined to continue.

Contributing to that is the sick culture of sexual liberation leading to abuse which continues to rear its ugly head on both banks of the Tiber. The result is a deep distrust of our leaders.

The story of former-Cardinal Theodore McCarrick casts a shadow over all Catholic leaders — least those in the West. McCarrick’s fellow bishops knew or suspected him of abusive sexual behavior with priests, seminarians, and minors beginning in the 1990s, but ignored it and made excuses. McCarrick, a skilled manipulator, was promoted and promoted with no one sounding an alarm.

What were our leaders thinking when they ignored their responsibility for the purity of the Church and the good God’s people? Why should we — how can we — trust them now? Simple fact: most Catholics don’t.

When he died in May, [Zacharias] was praised for his faithful witness, his commitment to the truth, and his personal integrity. Now it is clear that, offstage, the man so long admired by Christians around the world abused numerous women and manipulated those around him to turn a blind eye.

Who else has a secret life? Who else will betray followers, ministry, and the faith?

But make sure you note the last words of the quote: “turn a blind eye.” The problem is not those bad people somewhere out there. Turning a blind eye to our personal sins and the sins of others has become habitual. After all, “Who am I to judge?”

We’re all complicit at least through neglect and thus responsible for the problems. So we all need to repent and do penance.

St. Paul wrote in Colossians 1:24 these seemingly strange words “Now I rejoice in my sufferings for your sake, and in my flesh I complete what is lacking in Christ’s afflictions for the sake of his body, that is, the church.”

During Lent, we can choose to suffer “for the sake of his body, that is, the church.” That is, we can make Lent more than a season of personal spiritual renewal. We can take on the Lenten disciplines of repentance, prayer, fasting, and penance for the renewal of the Church — God’s (and our) great big dysfunctional family. Somehow, Paul wrote, we are able to add our small sacrifices to Christ’s great, perfect, and sufficient sacrifice on the cross.

You don’t need me to tell you that the answer is “Yes.”

Robert Cardinal Sarah wrote in The Day is Now Far Spent, “The Church, as the continuation and extension of Christ in the world, is not in crisis. She has the promises of eternal life. The gates of hell will never prevail against her. We know, we firmly believe, that, in her bosom, there will always be enough light for those who sincerely wish to seek God.” Let’s ask God for more than simply “enough” light.

Someone gave me a key fob that says, “Lent: season of great sacrifice; time of great blessing.” May it be so for each of us as individuals and for all of us together.