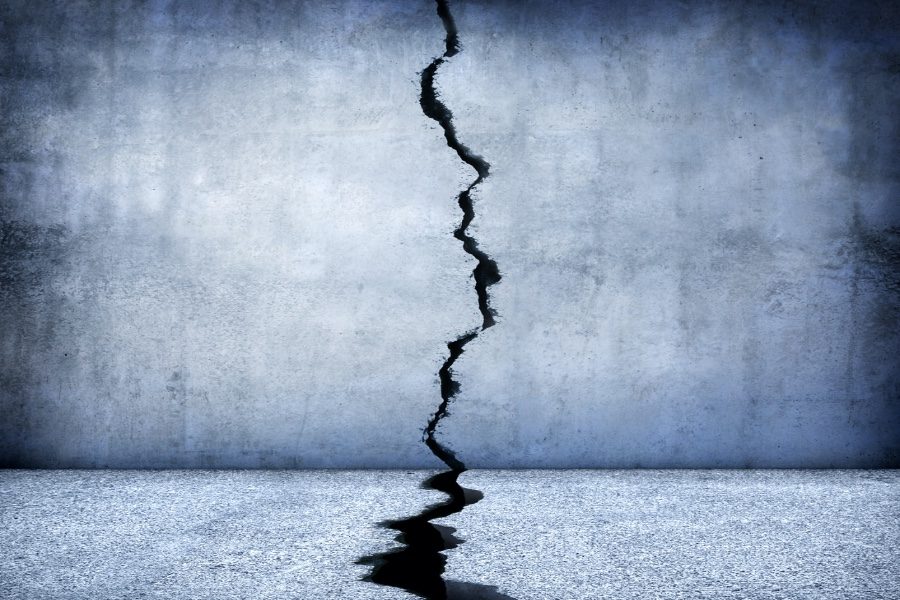 “We’ve got problems, and we’ve gotta do something quick. Something drastic! Something that’ll turn the whole country upside-down. It doesn’t matter if we dump everything we’ve believed in here from the beginning. Let’s do anything, as long as it solves the mess we’re in!”

That’s the Left speaking, obviously. They’re fomenting a revolution, campus violence and all. You’d think there must be some good reason for it, some huge problem they think they’re solving. Look at their actions though, and you don’t see them making the slightest progress toward a lot of what they claim to care about. Often they’re accomplishing just the opposite

They’re not stupid. They know what they’re doing; how to apply power and influence where it will count. They’ve proved that. So if they’re succeeding massively in one thing and failing miserably in another, maybe it’s because they care about the one a lot more than the other.

“Check Your Privilege” — What Does That Heal?

Take the whole movement toward identity politics. Identity politics comes in all shapes and sizes, but race is at the core of them all. Now, everyone knows there’s a race problem in this country. Other things being equal, blacks face headwinds in our culture that whites know little about. (Some conservatives don’t like my saying that, but that’s so much the worse for them. The only way whites can avoid that conclusion is by never listening to any African American person telling what it’s like.)

So yes, that’s a very significant problem. If you listen to the Left’s rhetoric, you might even think they’re trying to solve it. Not so much, though, when you see what steps they’re taking, and where that’s leading us. Whatever race problem they’re trying to solve, it isn’t race-based anger; they’re multiplying that problem. It isn’t racial division, either; they’re slicing and dicing the nation into the smallest, most mutually suspicious units they can find.

“Check your privilege” is a great example. It pretends to balance things out through heightened self-awareness. I’m sure a lot of campus liberals think it’s the moral road to walk, and they’re promoting it from the highest of motives. Self-awareness and other-awareness are both good things, and in the right context they can be healing.

But not this way; not in this context. This one comes down to a highly-finessed way of saying, “You’re bad; you were born bad; you’ll always be bad; and there’s nothing you can do about it but beat your breast and confess how bad you are. Do that — yes, do all you can! — and when you’ve done it all, you’ll still be bad.” All whites are racist. Period.

Need I state the obvious? That’s not the kind of thing that draws people together. It’s not the way to heal our land.

“Intersectionality” Is Disunifying and Shaming, Too

Then there’s the slicing and dicing known as “intersectionality.” It’s a fine 50-cent academic word that splits racial, language, sex, and sexuality into the tiniest and most divisive units possible. I understand the original point of it was to increase everyone’s mutual understanding of each others’ experiences. In practice, though, it’s another way to hammer whites, especially straight white males.

Some white men are willing to go along with it. More power to them! I sincerely hope they learn something about others through it — as long as they do it without needing to live in shame for their straight white masculinity. Because shame, while being in the class of socially respectable emotions, is the most destructive member of that class. It bends people down and pushes them apart. It tells the shamed person, “Don’t you dare be yourself! Don’t let anyone see you the way you really are!”

When we ought to be connecting as real people showing our real strengths and weaknesses, shame tells us to hide instead. That’s divisive. That’s damaging.

But What About the Right?

I’ve focused here on the good the Left hasn’t done. Someone’s going to say conservatives haven’t done much good, either. I’d say that conservatives — whites, that is — could learn a lot by taking time to listen to men and women of color. But along with that, I’d say it’d be great to see what it could do for this country if we gave conservative answers a real try for a change.

But then there are those whose response isn’t respectable. White nationalism springs from many roots, but surely one of them is in direct response to this shaming: “I ain’t never gonna let them say that about me!” — spat out with tight jaws and flashing eyes, and with a plan to gather the troops and strike back.

I’m sure white supremacy is on the list of problems the Left say they’d like to solve. Their strategy for it stinks. It smell so bad, I have trouble being confident that was ever their purpose in the first place.

In fact, their whole track record on racism is so negative, I have trouble believing that was their real purpose, either.

Where the Left Has Won, They’ve Won Big

I’m not saying they’ve totally failed, though. Where they’ve won, they’ve won big. They’ve effectively swept the majority out of the way, making room for every massive, sweeping change they want to put in place. Who’s going to say no to anything anymore when it means they’re “discriminating”? It’s a straight ticket to being put down, pushed aside, marginalized.

Make no mistake: They’ve succeeded stupendously in what they’ve really set out to do. How stupendous? Think how totally we’ve flipped for the transgender revolution. A female college athlete may well have to compete against a male “transwoman.” Or she might be forced to share a room on the road with a male “transwoman” teammate.

And when she was a high school senior accepting her scholarship, how much of that was even on the horizon? Exactly zero.

That’s massive change, accomplished in an eyeblink. No social transformation in history has moved so quickly.

Meanwhile they’ve also established a strong power base in media, education, and entertainment — society’s top centers of influence. Along with turning sexual morality on its head, that’s been their other great success. Their next top goal appears to be eliminating religion’s influence on culture. They haven’t gotten there yet, and I pray they never will.

Where They Haven’t Succeeded, Maybe They Never Cared In the First Place

Which leads me to think that if they’d really wanted to heal the nation’s racial divisions, they’d have moved the needle at least a fraction of an inch in the right direction. It’s spun the other way instead.

They talk a good game, there’s no denying that. Look at what they’ve accomplished, though. That’s how you’ll discover what they care about most; the “problems” they most want to solve; the ones they think worth mounting a revolution over. If you thought they were pushing for racial reconciliation, you can set that aside. It’s just talk. They want power, they want sexual freedom, and they’d love to push religion into an irrelevant corner. That’s what they’re really after. They’ve proved it by their actions.

I’m So Woke I Cannot Sleep