The Leftist/Socialist Cycle That Destroys People and Divides the Nation 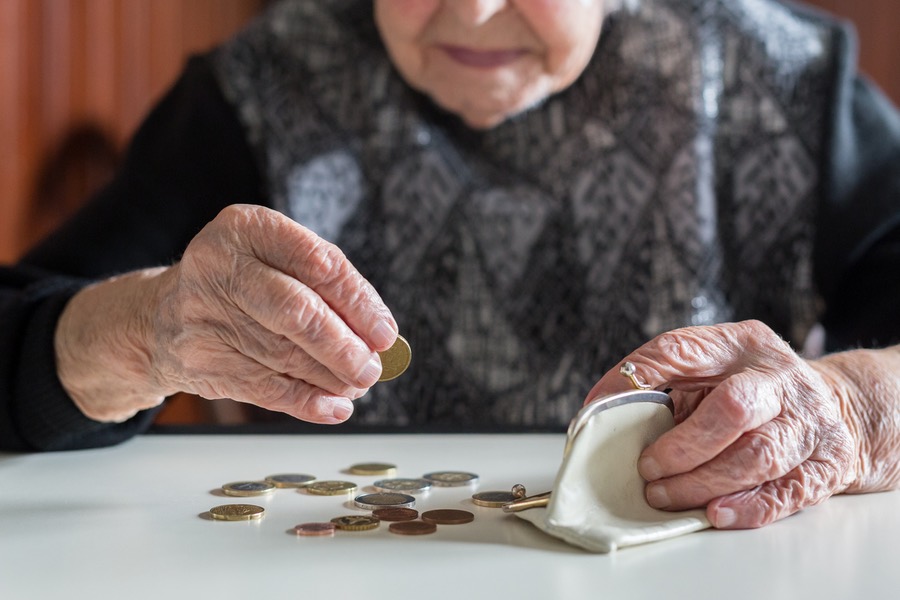 My dad was fond of saying, “No democracy can last after the people have discovered they can vote themselves benefits.” He was paraphrasing a longer quote attributed to Alexander Fraser Tytler (1747-1813). Dad and Tytler were both right — but not right enough. When the people start voting themselves benefits it doesn’t just destroy democracies, it destroys the people themselves.

For once people start doing that, they kick off a cycle whose inevitable result is the destruction of their own spirit. The cycle also leads to sharp class distinctions between haves and have-nots, both materially and spiritually. That cycle begins with magical thinking. It proceeds through a kind of amnesia to a state of dependency, followed by the very class struggle such benefits were supposed to eliminate, and the death of the individual spirit.

The cycle’s influence is very strong. People are still people, though. Individuals can break that cycle in small ways or large. When they do, they may appear to be fighting one existing class or the other, either the haves or the have-nots, when in reality they’re fighting the cycle itself. At its best, we call that conservatism.

So here in very brief outline form is the progression from voting themselves benefits to the destruction of the people. The cycle begins with Magical Thinking. To think, “We can create wealth through votes,” is simply unrealistic. On the macro level, wealth comes by way of producing more and better goods and services at a lower resource cost. It’s a market function, not a government function. Government policies can encourage wealth creation, but they cannot accomplish it.

What government can do, however, is create the illusion of wealth-creation, simply by giving people money for free. But that illusion can only be sustained for limited numbers of people or for limited lengths of time. It can’t go on forever for large numbers, because the only real way to create that much new wealth is through the market.

And yet not only do the people practice magical thinking, the state encourages them in it. I’ll return to that in step 3.

Magical thinking coupled with government handouts leads to step 2 in the cycle: Amnesia. When government gives wealth away, people tend to forget that it’s good to earn it themselves. It’s good for their self-respect, the responsibility it teaches their families, and ultimately for the building of the community and the country. Handouts are easier, though, which tends to cause people to forget the personal value of productive work.

This amnesia can become quite contagious, where government handouts reach communities and not just individuals. It leads to decline in self-respect, self-discipline, family learning and discipline, and community growth. Productive work diminishes; an exhausted sense of uselessness arises.

(I know I’m speaking in generalities and tendencies; but the cycle is powerful. Some people succeed in bucking it, as I’ll mention later, but it takes real strength of character — exactly what the cycle tends to undermine.)

Individuals may salve this pain with drugs, sex, endless screen time or sometimes just tired resignation. Or they’ll try to ease it by voting themselves more benefits, just feeding the cycle at the root of their despair.

The people cannot easily survive this slow but deathly blow to their spirits. This death is manifest in multiple ways: hopelessness, shiftlessness, broken and fatherless families, anger and a sense of victimization. That sense is accurate but typically aimed in the wrong direction.

Meanwhile the state supports and encourages this death blow to the spirit by giving people money, encouraging them in their magical thinking and their amnesia. Individuals are free; they can try to fight their way back up to reality, but it’s a hard climb, and the state actively discourages it.

But we must not forget who “the state” is in this case: the decision-makers who cooperate in supplying this easy wealth. Some of them do it out of an authentic — albeit confused — desire to help the needy; others do it for the political power it wins them. Either way, the result is the same: The state uses its power to feed dependency and the death of the spirit. In effect the state victimizes those it claims to “help.”

4. Class Distinctions and the Deadly Cycle

Those with the most power to break the cycle are the least interested in doing so.

So the cycle inevitably produces two distinct classes of people: those who hold power, and those whose spirits are being destroyed. The cycle doesn’t just create class distinctions and divisiveness. It lives off them.

And those with the most power to break the cycle are the least interested in doing so. Power tends to seek more power (another cycle, which hardly needs explaining), and even the altruistic ones who “only want to help” will still want to help. So the state has little interest in ending the people’s dependency.

So the cycle continues.

The Third Group: Those Who Fight the Cycle

The cycle I’ve been describing is a classic feedback-reward system. People do what makes sense to them based on the benefits they receive from it. The tendency is universal. Everyone is prone to it. Its effects are powerful, and there’s only one way to break it: right thinking combined with integrity.

For the world isn’t only made of victims and victimizers. Some people among us simply refuse magical thinking. They reject the delusion that government can create wealth, even for the poor. They believe in the soul- and community-building value of working for a living. They care enough for the needy to want to help them without creating spirit-deadening dependency.

This is the conservative spirit. You can find it just about anywhere, from the inner-city dinner table to the pages of publications like The Stream.

This is the conservative spirit. You can find it just about anywhere, from the inner-city dinner table to the pages of publications like The Stream.

The Cycle is Leftist/Socialist, and It’s Deadly

Now, I must repeat: I’m speaking in generalities here. No person is purely dependent, purely a power-holder or purely conservative. People are more interesting than that; we’re more human than the cycle I’ve described here. Still it helps to understand the cycle. It can even help us understand each other.

The cycle has been running a long time now. Conservatives have their job cut out for them.

Most importantly, it helps us see the deadly deception of leftist/socialist economics, as they claim to help people but destroy their souls instead. It claims to spread power evenly, but traps the dependent class in despair instead. It claims to erase class distinctions, but cements those differences in place instead.

The cycle has been running a long time now. Conservatives have their job cut out for them, as there’s no quick, easy way to break it. At the very least, we’ve got to identify it for what it is. We need to call it out for the evil inherent in it. And by whatever means possible, we must call a screeching halt to any further expansion of the cycle. Of course, that means interfering with the part of the cycle that feeds more and more power to the state.