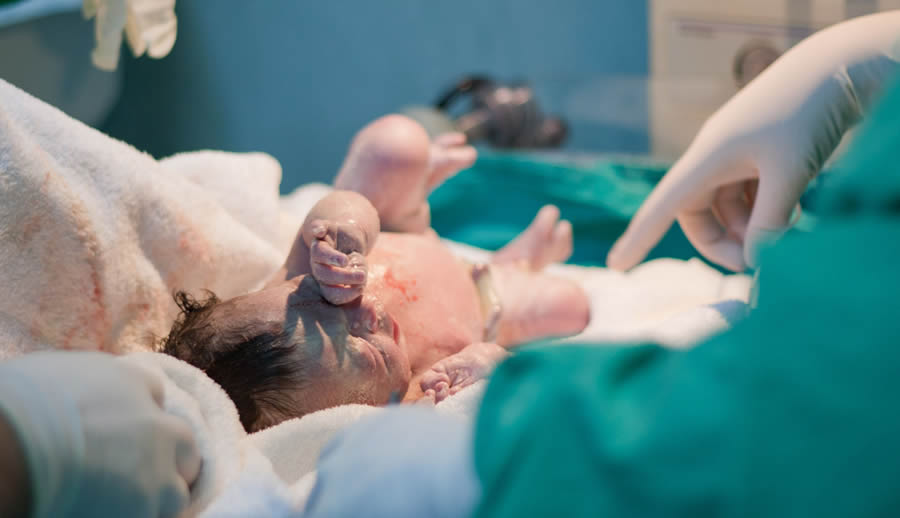 At St. Luke’s hospital in Sioux City, Iowa, a tall, blonde nurse runs down the hall. She’s holding a tiny, 2 pounds, 14 ounces baby girl. The nurse bursts through the NICU doors. A NICU nurse standing there that day in 1977 remembers it well. The blonde nurse had just grabbed a baby who’d been aborted by saline infusion. But after she left her mother’s womb, she didn’t die. Her grandmother, who had forced the mother to have an abortion, demanded the baby be left to die.

Abortion survivor Melissa Ohden tells The Stream she’s thankful for the two nurses who saved her and kept her alive.

On Tuesday, the Senate voted on the Born-Alive Abortion Survivors Protection Act (S. 130). This was not just another piece of dry legislation. This was about whether we will protect children like Melissa, born alive after an abortion. The bill failed in the Senate 56-41.

Twenty years ago, then-labor and delivery nurse Jill Stanek cradled and rocked the baby boy born with Down’s syndrome. He’d survived his abortion and was left to die in the soiled utility room at Christ Hospital. His parents didn’t want to hold him and the attending nurse didn’t have time. “When she told me what she was doing, I couldn’t bear the thought of this suffering baby dying alone,” said Jill. She rocked him until his death 45 minutes later. In a 2001 Chicago Sun-Times article, Christ Hospital admitted that between 10% and 20% of aborted babies at their hospital survived for a time. Like Melissa, they were left to die.

Although Melissa hears that she’s a rarity, she’s not. “You know what’s rare about me? I’ve lived to tell my story and there are so many people — because I’ve been public about it — that have been able to connect with me and share how their lives intersected with mine.” She suspects there are thousands of stories like hers.

The part about being left to die really gets to Melissa. Especially after the comments by Virginia governor Ralph Northam last year. Northam said he knows “exactly” what would happen if a baby was born alive after an abortion. “The infant would be delivered. The infant would be kept comfortable. The infant would be resuscitated if that’s what the mother and the family desired, and then a discussion would ensue between the physicians and the mother.” Pro-life advocates call this infanticide.

Northam’s statements startled Jill, now National Campaign Chair for the Susan B. Anthony List. “He was describing what I had experienced.” She adds that when she found out Northam had been a pediatric neurologist, things clicked. “How did he know ‘exactly’ what would happen? Has he been in the room as one of the decision-makers?” It also provided corroboration that the practice is going on even now, even though Jill’s experience was two decades ago.

On Tuesday, the Senate voted on the Born-Alive Abortion Survivors Protection Act (S. 130). S.130 would have addressed how the abortion survivor is treated. According to Congress.gov, S. 130, “A health care practitioner who is present must (1) exercise the same degree of care as reasonably provided to another child born alive at the same gestational age, and (2) immediately admit the child to a hospital. The bill also requires a health care practitioner or other employee to immediately report any failure to comply with this requirement to law enforcement.”

Some on the left say this bill is unnecessary because there are already laws in place. That is simply not true, both Melissa and Jill attest.

The Lies the Other Side Tells

Melissa hears all the time that there are already laws on the books against infanticide. But she counters that abortion survivors are a particularly vulnerable population. “I don’t believe we should ever have our lives left in the hands of our abortionist or medical professionals whose job was to end our life. I don’t believe that we should be putting women in the position where after they have tried to end the life of their child through an abortion, that they somehow are being asked the question, ‘Well, now what do you want to do with it?’ … I don’t think anybody would argue that that’s in the best interest of that child or that woman.”

Jill has also heard that babies are already protected from infanticide. It’s a lie, she says. “There are laws against homicide, but there is no federal law for this gray area where the person who has been paid to terminate a pregnancy is the one who decides whether the baby who has survived lives or not.” Another lie is that babies don’t survive abortion. “Which is just false,” Jill explains. “There are many abortion survivors.”

The third lie is that “this would impede on a woman’s right to abortion somehow.” She adds that “in the case of these survivors, the abortion has happened. The pregnancy has been terminated, the mother got what she wanted, but now we have a second person.” Since she’s already had an abortion, she is “absolutely not” kept from having her rights to abortion. The Born Alive Abortion Survivors Protection Act “isn’t an anti-abortion bill. It’s an anti-infanticide bill.”

Finally, Jill has heard that the bill would force doctors to provide inhumane care to babies who wouldn’t survive otherwise. “That’s not true either. All this bill says is that these babies be treated, given the same medical care that another baby the same age with the same condition be given.” If a baby is “fatally ill,” doctors are not mandated to try to save them and “make the ends of their lives full-on torturous. It’s not that at all.”

CNN’s Caroline Kelly’s article on the bill and vote described a baby who would survive an abortion as a “fetus that was born.” Kelly also called the legislation an “abortion restriction” bill. Sen. Ben Sasse, R-NE, addressed those false descriptions. “This hearing is not about overturning Roe v. Wade. In fact, this hearing is not about limiting access to abortion at all.” He added that the hearing wasn’t a debate about abortion; it was about babies that were born following an abortion. “This hearing is about making sure that every newborn has a fighting chance — whether she’s born in a labor and delivery ward or whether she’s born in an abortion clinic.” The bill ultimately failed 56-41.

More Than a Choice

Melissa wants others to know that every person is more than a choice. “People will say you’re a controversial issue. We’re not. … It should not be controversial that we are asking for our dignity to be seen, our value to be seen.” She adds that her goal is to “not only see unborn lives protected, but for all lives to have dignity and value and for people to see that and respect that. I think that would change our culture.”