How the Left Learned To Love Stereotyping

Some people on the left need a reminder that they don't believe in stereotyping. 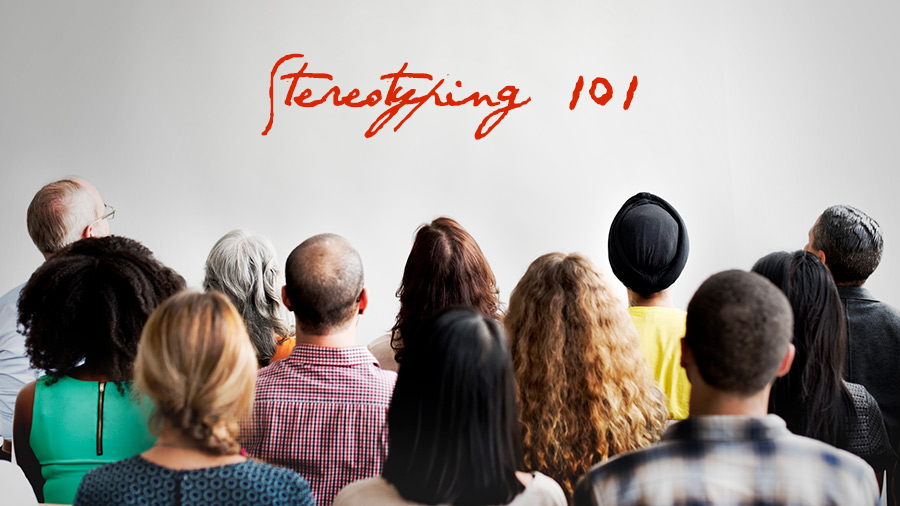 There’s no one so quick to condemn stereotyping as a liberal. There’s also no one quite so quick to practice it as some liberals I know. It isn’t everyone on the left, but it’s enough. Maybe I risk stereotyping liberals myself by writing this way, but it’s time we see that it’s going on, and call it out for what it is.

I’ve written about Benjamin Moser, who wrote in the New York Times, “The Bible is about sex, to judge by America’s public discourse.… [Believers] have always been those so obsessed with other people’s sex lives … that this seemed to be the whole point of their religion.”

That’s laughable nonsense, as I’ve said already. No one who knows Christianity could possibly think it was true — yet Moser does. Not only that, but his editors at the Times seem to have taken it perfectly seriously.

It’s obvious they don’t know Christianity. Still they’re quick to tell us what Christianity is like. How did they come to their conclusions?

Judging From a Distance

It’s a broader question than just one article in one paper. It happens all over the media. You’ve heard the charges: Christians who oppose gay marriage are “haters,” “intolerant,” “homophobic.” Pro-life Evangelicals and Catholics are “anti-woman.” On film and TV we’re portrayed as backward busybodies at best, ugly bigots at worst.

It’s obvious they don’t know Christianity. Still they’re quick to tell us what Christianity is like.

When I hang around with Christians at my local church, though, I don’t find that at all. They’re as friendly and pleasant a crowd as anyone could ask for. I spend a lot of time with Christian thought-leaders, too, and what I find is that they care for people. Sure, they could do better — we could do better — but we know it, and we’re working on it. We don’t agree with the left on a lot of things. They don’t agree with us on a lot of things. Disagreement in itself doesn’t mean the people on either side are bad.

Moser says he’s judged us “by America’s public discourse.” It’s a telling phrase. He has judged us from a distance, based on a tiny fraction of who we are. He’s magnified that fraction to become the whole truth about us in his mind.

It’s worth pointing out in passing here how atheists and skeptics also like to say Christians are anti-science. Moser’s own conclusions here are as unscientific as they could be: he’s judging a large social group based on a very limited, skewed, non-representative sample of our behaviors.

Disturbingly Wrong On the Defining Characteristics

More to the point, though, Moser is judging a large social group. That’s enough right there. He lumps us all into one bucket, which is stereotyping. “Christians are sex-obsessed,” he says. How different is that from, “Black people love fried chicken”?

Actually it’s different in two ways. First, there are a lot more black people who actually do love fried chicken than there are sex-obsessed Christians. Second, for most of us (vegans and vegetarians excepted), there’s nothing morally repugnant about liking fried chicken.

The problem with saying “Blacks love fried chicken” isn’t that it’s never true of any black person, or that it would be so bad if it it were true for all. The problem is that it’s falsely put forth as one of their defining characteristics. That’s what makes it such disturbingly disrespectful stereotyping.

Being a “hater,” however — like most of the other charges that are thrown at us so freely these days — isn’t one of Christianity’s defining characteristics. We follow a God who is himself love; who has demonstrated that love for all, most notably in the life, teachings, death and resurrection of Jesus Christ. No Christian lives up to his perfect example of love, but our faith is defined (in part) by the effort.

Calling Out the Stereotyping

Still I’ve been called a hater more than once in online conversations. Here’s how I answer: “I wish you and I could spend an hour or two together over coffee. If we could get to know each other that way, and if you still thought I was a hater after that point, you might have a basis for saying so. Until then, though, you’re stereotyping me. Do you believe in stereotyping?”

I don’t know how the left learned to love stereotyping one group so much, but it’s almost become one of their defining characteristics. We need to call it out when it happens: “Do you realize you’re stereotyping? Do you believe in stereotyping?”

Why Can’t You Be a Christian Witch?