How the Left Deceives and Manipulates the Poor 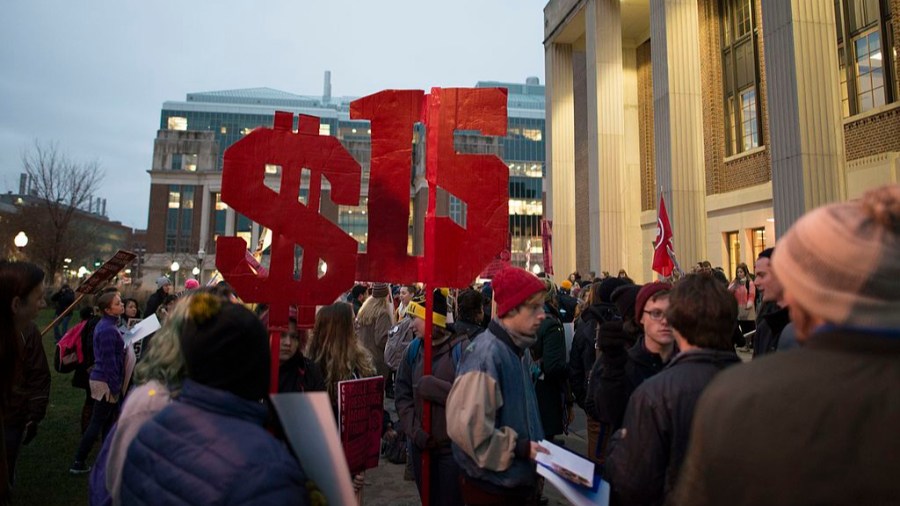 The left has a consistency problem. No, an honesty problem, a serious one. And who bears the brunt of their hypocrisy and deceit? The same people they claim to care about: the poor.

Need another case in point? Try the National Employment Law Project’s battle against minimum wage preemption. It may not be the most visible movement on the left, but it stands out for how clear its deception is.

Minimum Wage Preemption and Its “Effects”

The NELP says such laws cost workers nearly $1.5 billion per year. The math seems perfectly straightforward. Amazingly straightforward. So much so that it’s way too simple to be real. Let’s take just a moment to show just how simple their math is.

It begins with the NELP’s count of minimum wage earners who work in cities affected by preemptive minimum wage laws. The web page lays it all clearly in a chart just above the footnotes.

The same chart shows “lost wages per worker.” It’s the difference between locally enacted minimum wages, generally $15, and state-determined preemptive minimums. From there the math is once again quite simple: number of workers times lost wages per worker equals total lost wages.

See? I told you the math was easy!

But no. There’s more to it. A lot more. The NELP’s calculations work as long as nothing else happens when minimum wages rise. Fast-food stores and convenience markets don’t raise prices to support their increased payroll costs. No one — least of all any minimum wage earners! — has to pay more to order pizza, eat out, buy gas, stay in a motel, pay highway tolls, shop in any retail store.

And since higher wages have no effect on prices, sales volume remains as high as ever, which means there’s no effect on jobs. Every single one of those 346,000 “impacted” persons keeps their positions, under the NELP’S math. New job seekers are as successful as ever. Everything is gain, nothing is loss.

All of which is completely impossible. It’s magical thinking, disconnected from all reality.

An Obvious Disconnection From Reality

Higher wages mean higher prices, and the ripple effect extends into employment rates and more. It doesn’t take a degree in economics to see that. And it doesn’t require any research to  demonstrate its unreality.

Not that research is lacking. Study after study shows that minimum wage laws hurt the poor, on average. Two new reports show, for example, that raising minimum wages restricts income mobility. Not only does it reduce the number of entry level jobs for new workers. The minimum-wage jobs that do exist tend more often to be dead-end streets.

So here’s what’s really remarkable about the NELP’s math: It’s wrong. Really wrong. Unbelievably wrong. The problem isn’t with their use of a spreadsheet to add and multiply. It’s with their overall disconnection with reality.

Deceiving and Manipulating Those They “Care About Most”

Yes, a $15 minimum wage helps some workers. Some. But many lose their jobs. Everyone pays higher prices, with the worst impact falling on the poor. Entire product lines and distribution systems are disrupted, but the rich can still get what they want. In contrast, the poor have fewer work-arounds they can access, so they’re the ones who really suffer.

If this were an isolated instance it wouldn’t matter. But it’s all too sadly typical. The left uses the poor to advance their politics.

The NELP ignores the real impact of a $15 minimum wage. They distort the economic reality beyond all recognition. And I can’t believe it’s an innocent error. It has got to be literally a calculated lie, targeted especially at those who are most vulnerable to being fooled: those who are the least educated and the most desperate to believe.

If this were an isolated instance it wouldn’t matter. But it’s all too sadly typical. The left uses the poor to advance their politics. Those of us who truly care about the poor — and who still retain our respect for reality — have got to stand strong against this evil.

The Leftist/Socialist Cycle That Destroys People and Divides the Nation

The Empty Promise of Socialism