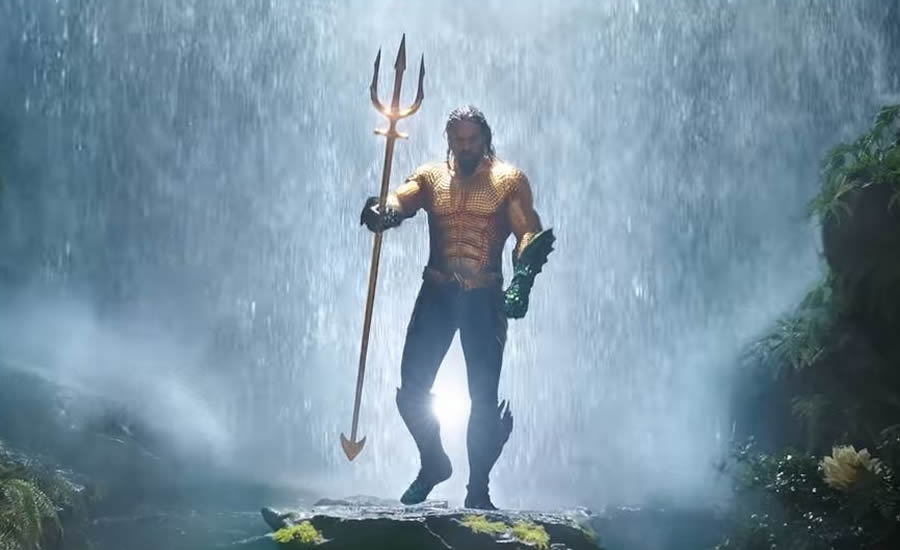 Since 2013, Warner Brothers has tried to copy the success of Marvel Studios’ related films. Using DC Comics characters — such as Superman, Batman, and Wonder Woman — has yielded mixed results. With the release of Aquaman, a brighter future for DC Comics films seems possible.

Although Aquaman is a solo origin story, Arthur Curry (Jason Mamoa) has appeared in related films. Both Batman v. Superman: Dawn of Justice and Justice League feature him, but here both character and actor own the screen. Unlike previous films, this one wants you to enjoy it.

An Ocean of Mythic Adventure Come to Life

Set after the events of Justice League, Aquaman provides background on Arthur. His mother, Atlanna (Nicole Kidman), is forced to marry Atlantis’s king. She escapes to the surface world, falling in love with a lighthouse keeper who rescued and cared for her (Temura Morrison).

Eventually, Arthur is born in the lighthouse. The family’s time together is short, as Atlanna returns to Atlantis for their safety. Years afterward, his mother’s advisor Vulko (Wilem DeFoe) teaches Arthur about Atlantis.

In the present, Arthur wants nothing to do with his royal heritage. Only after hearing of how his half-brother Orm (Patrick Wilson) plans to take the throne does Arthur visit alongside Mera (Amber Herd). Unexpectedly, Arthur challenges Orm in single combat for the throne.

Escaping Orm sets them on a quest to recover the Trident of Atlan. Long thought to be myth, they learn the artifact actually exists. Along the way, Arthur crosses paths with Black Manta (Yahya Abdul-Mateen II). Manta blames Arthur for a tragic family loss and allies with Orm for revenge.

This quest for “myth as reality” echoes the writings of C.S. Lewis in Myth Became Fact. Lewis wrote:

The heart of Christianity is a myth which is also a fact. The old myth of the Dying God, without ceasing to be myth, come down from the heaven of legend and imagination to the earth of history … Christians need to be reminded … that what became fact was also a myth, that it carries with it into the world of Fact all the properties of a myth. We must not be ashamed of the mystical radiance resting in our theology.

What sets Aquaman apart from related DC Comics films is that it dispenses with the darker tone. It wants to have fun, on purpose. The visuals are bright, beautiful and, bold.

Underwater sequences echo the visual wonder of Wakanda in Black Panther and the underwater city in Star Wars, Episode I: The Phantom Menace. Visually, Aquaman is the undersea version of Avatar. Characters and costumes embody comic book pages come to life.

As a child, Arthur is told of a coming king. A prophecy spoke of one who would “use the power of the trident to put Atlantis back together again” long after The Great Fall. This king of Atlantis would be of two worlds, able to bridge the divide between the sea and surface.

It recalls the words of Psalm 2 and Revelation, of a future king ruling with an iron scepter. Ancient prophets spoke of a coming king who would bridge the divide between God and Man: Jesus. He too was unexpected and of lowly origin, born beneath a light showing the way.

Arthur experiences a death-like encounter, descending into the darkness of the Kingdom of the Trench. He rises as King of Atlantis, to rule a united kingdom. Even in defeating his enemies he tempers justice with mercy.

While the restoration of Atlantis in Aquaman is an enticing plot point, we live in the “not yet.” We await the return of the King alluded to in Scripture. We look forward to that day just as Isaiah, Jeremiah, and others anticipated the Advent and Incarnation many celebrate at Christmas.

Rated PG-13 for sequences of sci-fi action violence and language, Aquaman is in theatres now. Explore The Stream’s complete films coverage, and sign up to receive top stories every week.