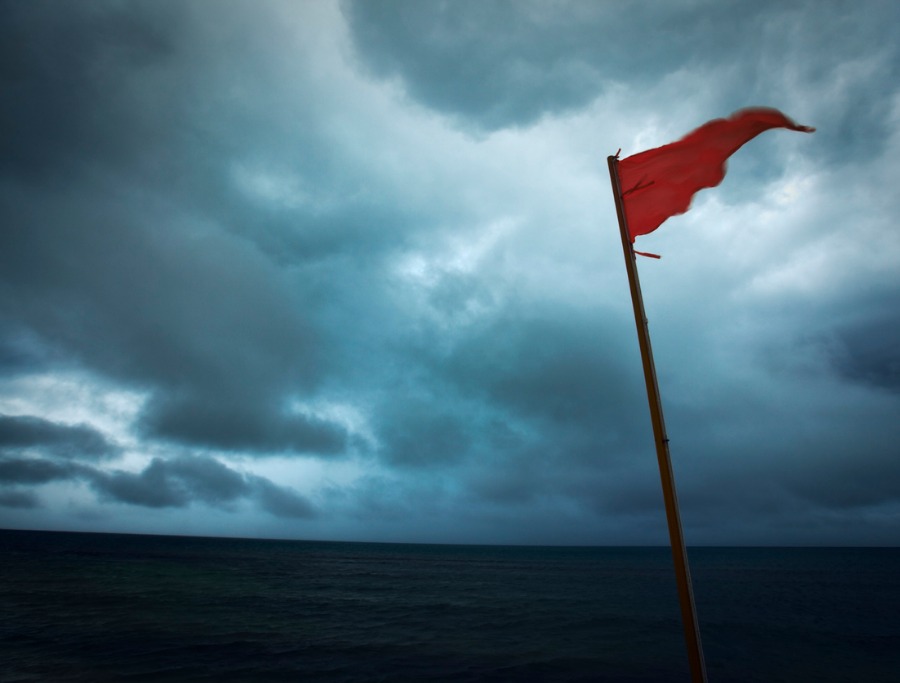 By Paul Brownback Published on September 2, 2019 •

No, we don’t read anything in the Bible about Josiah ever encountering a hurricane, but an event in his life provides us with good advice regarding hurricane warnings. As hurricane Dorian sweeps through the Bahamas and heads toward Florida, Georgia and the Carolinas, this advice could be helpful. But first, let me tell you an old and bad joke that you have probably heard but makes two relevant points.

A Not So Funny Joke

Flood waters resulting from a hurricane were rising around the home of a Joe, Christian man. Joe’s attempts to escape them finally took him to the roof. Seeing his plight, some men in a boat called for him to get in. But he responded, “No, the Lord will save me.”

The continued rising of the waters found Joe perched on the peak of the roof. A second boat came along making a similar appeal, to which he gave the same response. A short time later as Joe climbed to the top of the chimney with the water lapping at his feet a helicopter lowered a rescue basket, urging him to climb on board. Again he resolutely refused, asserting that God would save him.

Moments later, the water swept Joe away, and he drowned. Upon arriving in heaven he sought out the Lord in order to discover why He did not save him. The Lord responded, “I sent you two boats and a helicopter. What else did you want me to do?”

This scenario makes two salient points. Just because the boats and helicopters did not have “God’s Rescue Vehicle” painted on the side did not mean that the call to climb in was not from the Lord. He uses all sorts of avenues to communicate with and help us.

The second lesson we might learn is that failure to heed messages from these sources may turn out badly. This takes us to King Josiah.

King Josiah Doesn’t Get the Message

This is a tragic story. King Josiah’s grandfather, Manasseh, may have been the worst king Judah ever had, morally and otherwise, leading the nation into the depths of idolatry and ruin. When Amon, his son, followed in his footsteps, the people of Judah had had enough and killed him.

Josiah, his son, ascended to the throne at eight years of age. In the midst of this dark era in Judah’s history, Josiah provided a beacon of hope. He restored the temple, which had been neglected and desecrated, and reinstituted the worship of the Lord. It appeared that happy days were here again.

Tragedy struck, however, when Pharaoh Neco, the king of Egypt, passed by Judah to do battle with the King of Assyria. For some reason, while Pharaoh Neco was in Josiah’s neighborhood, Josiah decided to march out with his troops and pick a fight with him. Pharaoh Neco responded: “I am not coming against you this day, but against the house with which I am at war. And God has commanded me to hurry. Cease opposing God, who is with me, lest he destroy you.” (2 Chronicles 35:21 ESV)

Josiah ignored this warning, disguised himself, and went into battle against Pharaoh Neco. In the course of the battle he was hit with an arrow and died.

In describing this incident, Scripture includes this very informative comment regarding Josiah, “He did not listen to the words of Neco from the mouth of God.” (2 Chronicles 35:22 ESV) Though the words came from Pharaoh Neco, Scripture attributes them to God.

We see the same two principles at work here as in the story about the boats and helicopter: 1) Though we may not view Pharaoh Neco, a pagan king, as a messenger of God, in this instance he was. 2) Josiah’s failure to listen to him resulted in his death.

The Mercy of God

At times when we fail to listen to God’s messengers, in His grace He bails us out.

It was about 2 a.m. and I was driving north on I-135 out of Wichita, Kansas, when I realized that my gas gauge was approaching empty. My mind, and perhaps the Holy Spirit, told me that I should stop for gas before leaving Wichita. Though I am not from that part of the country, from travelling I-135 before I recalled that a nice gas station was located at the north end of Newton, a town about 30 miles to the north. So I drove on.

When I arrived at the spot where I was sure the gas station was located, none was there. There was not even a hint of a gas station ever having been there. Whatever I had been thinking about, I was seriously wrong. It was now about 2:30 AM as I drove north into the night on fumes.

I was aware that Moundridge, a small town of about 2000, was about 20 miles to the north. I doubted that they would have an all-night gas station but thought that if I could just make it there I could sleep in the car and get gas in the morning. Proceeding on mission impossible, with my prayer life improving with each passing mile, I finally saw the Moundridge exit as the fuel gauge dropped below zero. I made the mile or so to the center of town where, to my utter amazement, a gas station was open. As I approached the pump, the car sputtered and died, having sucked the last drop of gas from the tank. The car coasted to a stop just as I got close enough to the pump for the hose to reach my gas tank.

Lesson #1: As hurricane season approaches and Dorian bears down on the east coast, the various warnings, those coming from the governor or mayor or police chief, may not seem to be emanating from God, but they well may be, especially if they are conveying accurate information and sound wisdom.

Lesson #2: If you ignore the voice of God, even when transmitted through secular authorities, as did Josiah, God may not bail you out. God is merciful, and sometimes He protects us even when we fail to listen to his voice, as He did with me in my excursion through Kansas. However, it is dangerous to presume on His grace. If you wave off the first boat, don’t count on a second one.

Paul Brownback writes articles on scriptural, social, and political issues for his blog, restoringourhumanity.com. The West Point graduate has authored several books including The Danger of Self-Love, published by Moody Press, Counterattack: Why Evangelicals Are Losing the Culture War and How They Can Win, and How to Succeed As CEO of Your Life. He has served as a pastor, counselor and Bible college president.