It's now clearer than ever that “safe abortion care” and “constitutionally protected rights” are really about the ability to kill unwanted offspring, plain and simple. 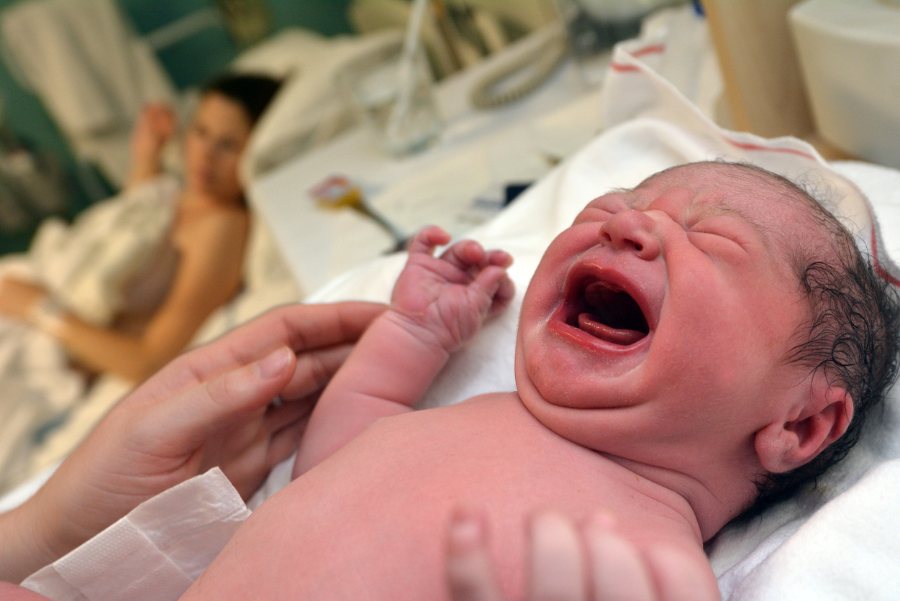 This week the Senate failed to pass Sen. Ben Sasse’s Born-Alive Abortion Survivors Protection Act by a vote of 53-44. (The bill needed 60 votes to move forward.) The bill specified that any infant born alive after a botched abortion must be given the same level of medical care as any other infant born at the same gestational age. Common sense, right? Not to some.

(And don’t buy the line this doesn’t happen — meet some people who survived abortion.)

Let’s momentarily cede the common pro-choice position that a fetus isn’t a human being until it is born. In this worldview, abortion doesn’t end a human life but merely a pregnancy. Now let’s say a woman goes to an abortion clinic to exercise her “right” to end her pregnancy. But something goes wrong. The abortion fails. And there, in the operation room, is a little newborn infant, clearly alive, clearly out of the womb.

By the abortion camp’s own accepted definition, this baby is no longer a “fetus” or a “pregnancy.” It’s a human being, because it’s been born. And who could argue refusing medical treatment to that tiny, helpless human being?

Not Human Until You’re Wanted

In the lead-up to the vote, Democrats employed enough rhetorical gymnastics to make one vomit from all the spinning. Despite the fact that the bill had nothing to do with limiting existing abortion laws, they claimed it was an attempt to deny women “constitutionally protected rights” and reduce “access to safe abortion care.”

A common (albeit unscientific) pro-choice argument is that a “fetus” becomes a human being upon birth. But some who opposed the bill ridiculously referred to infants born alive after failed abortions as fetuses. By definition, a fetus is a being that is still in-utero. There is no reason to call an infant that is no longer in the womb a fetus.

When a Baby is a Human Again

There’s more evidence that pro-choicers only consider babies “humans” if they fit their life and political agenda.

The same day the Born-Alive act failed to pass, ICE issued a statement about a stillbirth that recently occurred in its custody. A Honduran woman detained by ICE went into labor six months into her pregnancy. The infant was stillborn.

Abortion apologist and Born-Alive act opponent Jessica Valenti is outraged that ICE does not consider the stillbirth of a six-month fetus (no, wait, in this case it’s a baby) to be an in-custody death.

A woman went into premature labor while being detained, her baby died, and this is ICE’s response: “a stillbirth is not considered an in-custody death”https://t.co/CLW37N9DmK

Clearly Valenti and her pro-choice cohorts in Congress only consider a baby a baby if it fits their political agenda. The illegal immigrant’s child was a baby. That baby’s death is tragic and wrong, they argue.

But the baby intended for an abortion who happens to be born alive? No, that’s not a baby. That’s a fetus. And intervening to help that fetus with medical care after its birth would be infringing on “constitutionally protected rights” — i.e. the right of the parents to kill the offspring they do not want.

Valenti predicts that the pro-life community will show their hypocrisy by not caring about the illegal immigrant’s stillborn child. ICE claims that “for investigative and reporting purposes, a stillbirth is not considered an in-custody death.” If pro-lifers support preventing an illegal immigrant from aborting her child while in U.S. custody, why not consider the stillbirth of another immigrant’s child an in-custody death?

Let’s not forget that the whole reason Sen. Sasse proposed the Born-Alive act was in response to Virginia Gov. Ralph Northam’s comments apparently justifying infanticide. He later attempted to clarify his remarks, but the comments were enough to send a collective chill down America’s spine. And not just for Republicans and conservatives.

A new Marist poll reveals that in just one month, Americans have become just as likely to identify as pro-life as they are pro-choice. This is a significant shift. Not long ago, the disparity favored the pro-choice label by 17 percentage points. The most dramatic shift toward the pro-life label is among — wait for it — Democrats and people under 45. “The recent legal changes to late-term abortion and the debate which followed have not gone unnoticed by the general public,” said Marist Poll director Barbara Carvalho.

But the Democrats in Congress don’t care. They and other pro-abortion radicals are relentlessly committed to ensuring every woman in the U.S. has the right to kill her child. Scientific evidence confirming that child’s life and humanity from conception doesn’t matter. Whether or not that child is nine-months gestational age and minutes from being born naturally doesn’t matter. Neither does the child’s location — inside the womb, or out. Just label it a “fetus” and it’s okay to leave it “gasping for air.”