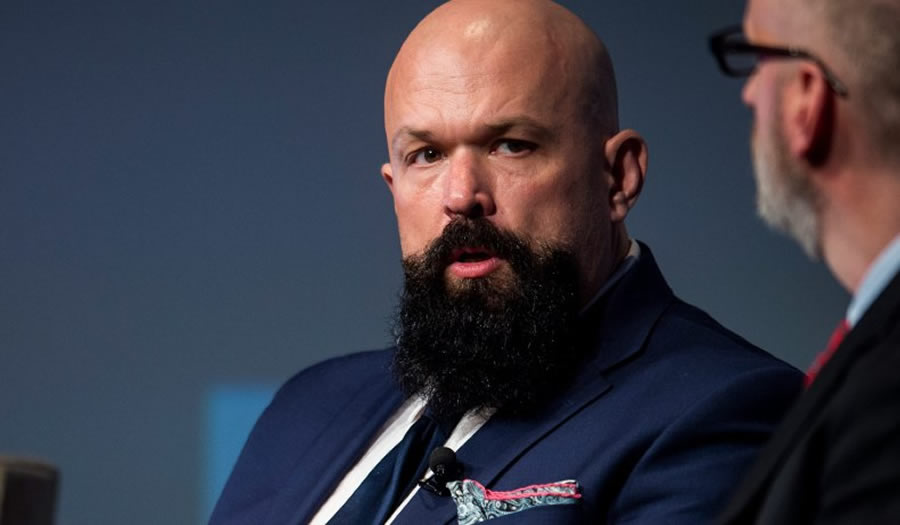 Every once in a while, I’ll click on a random link, and land myself in a quagmire. At first I’ll just find it puzzling. I’ll slog through clunky language, torturous arguments, and witless fumblings I deduce must be boyish attempts at humor. But if the topic’s of interest, I’ll soldier on for a while, long enough to detect a haughty, sneering author and his bone-deep, plain mean spirit. Then I’ll glance up at the byline, and sure enough, every time, it reads “Kevin Williamson.” Then everything makes sense, and I go read something else.

This has happened to me enough times that I know it’s not a fluke. The first time you get a funky tuna melt at a diner, you might write it off as human error. Maybe their fridge went out. But if each time you order something at an establishment, you end up with gastric eruptions, you realize it isn’t you. It’s them.

“Hell No,” He Won’t Vote Trump

Like a dog to his vomit, then, I sat down to read Kevin Williamson’s contribution to National Review’s series of presidential endorsements. And I can tell you, he did not disappoint.

First let me tell you what Williamson gets right. And he isn’t all wrong, of course. It’s not as if I were reading Max Boot or Thomas Friedman, whose negative infallibility is so keen that you’d almost call it papal. Williamson says that it’s rational to vote for Donald Trump as a means of stopping the one-man crime wave Joe Biden, and the barely-concealed Bolshevism of the rioters, professors, tech moguls, and teachers union capos who back him.

But Williamson won’t vote to do that, of course. Because it’s not about being rational, you see. It’s about being … Kevin. Read him more, and you’ll see that it always is.

Williamson credits every achievement of Trump’s he’s willing to mention to … NeverTrumpers and establishment Republicans. They managed them despite Trump, not because of him. He doesn’t mention the peace deals which Trump’s people brokered all over the Middle East. The utter defeat of ISIS, and liberation of millions of Christians and other religious minorities from jihadist rape camp captains. The wars Trump avoided, which GOP hawks would gleefully have landed us in, from North Korea to Syria.

Nor does Williamson even take note of the unique hostility and hate Trump faced in office. While Democrats certainly hurled their share of slurs at George W. Bush, they didn’t pretend for his entire term in office that he’d won illegitimately. They didn’t hijack our whole national security establishment to invent a foreign collusion case against him, and imprison his supporters and appointees. Trump had to face all that, and still try to govern.

Instead, Williamson calls Trump lazy and incompetent. And again, there are valid points here. Not that Williamson makes them, but I’m here to help. It’s absolutely true that the first two years Trump spent in office, with a fully Republican Congress, were pretty much wasted. That Trump didn’t deliver on his signature campaign promise, building a border wall. That instead he delivered tax cuts that helped the rich, without the low-skill immigration cuts that would have protected his blue collar base.

Like a dog to his vomit, then, I sat down to read Kevin Williamson.

After his shock success, Trump could have demanded that RINO obstructionist and open-borders operative Paul Ryan be removed as Speaker of the House. He could have supported solid, electable Senate candidates like Mo Brooks in Alabama, and stopped Mitch McConnell from throwing that seat away.

Trump could have hired people who’d actually supported him for president. You know, instead of Republican hacks who’d attacked him up through the convention. Who then settled in to sabotage and undermine him in office. Then maybe he wouldn’t have had on hand someone like Nikki Haley, who coolly listened to Trump’s own appointees ask her to remove him from office via the 25th Amendment, but wouldn’t even warn him. Or other silent enemies who worked for him for years, flooding the media with leaks and anonymous attacks.

Trump Couldn’t Fathom What He Faced

Trump thought that the opposition he faced within the GOP was normal politics — people clinging to their power, and favoring their friends. He never really suspected the ugly truth. That the faction which ran his party had more in common with fellow Democrats of the Swamp. That at least since 1996, the Republican party had served to quash conservative ideas, tamp down dissent, and move the mainstream of American politics implacably to the left.

The ideology that swept in with Pat Buchanan’s defeat, and still clings to control of big money institutions, boils down to one simple phrase. “Invade the world, invite the world.” Treat America as nothing more than a set of ideological maxims, and its people as disposable means to an end: spreading that ideology all around the world via wars of choice, and enforcing it here at home via mass immigration.

The Real Price of the Fake Right

In 2008, it mattered more to John McCain that a real conservative like Mike Huckabee not get the nomination, than that we beat Barack Obama. Which why McCain barely tried, and let his own staff humiliate and bully the “rube” Sarah Palin. In 2012, Mitt Romney pretended that he and Paul Ryan offered more than a cosmetic alternative to Obama and his policies. But as we’ve seen from Romney since then, he prefers Democrats in power to real conservatives. He even voted for the sham impeachment those people cooked up.

In 2016, all but three GOP candidates thought it vital to U.S. security that we risk a war with Russia to install in Syria a regime run by al Qaeda — which would have purged the country of at least a million Christians. This to complete the destruction of Christians in the region which George W. Bush launched in Iraq. Those “moderate rebels” whom John McCain vouched for, before voting to uphold Obamacare and going to his rich reward, are now attacking Armenia as part of an anti-Christian jihad.

A Time for Payback

If Trump had realized all that, as we who backed him did, he wouldn’t have been surprised that Sen. John McCain played a crucial role in handing the phony Russia dossier over to the FBI. He might not have endorsed his enemies like Romney when they needed him. He might have an FBI director who wouldn’t hide Hunter Biden’s laptop, with all its evidence exculpating Trump’s Ukraine inquiries, all through an impeachment vote.

So yes, I’ll be voting for Donald Trump next Tuesday. My hope is that he comes back with a vengeance, and purges from his administration anyone with views remotely akin to Kevin Williamson’s.