The Kavanaugh-Ford Tie-Breaker: Will It Be Truth or Will It Be Politics? 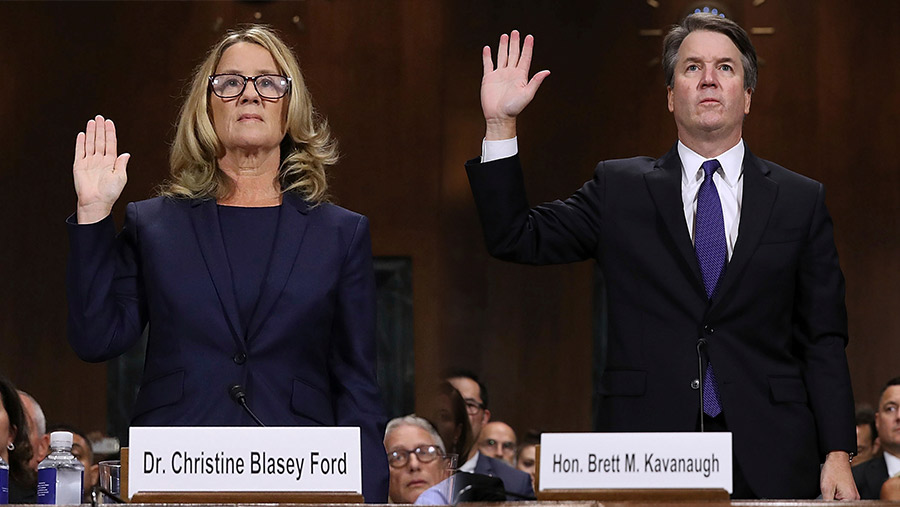 If you found her credible on that basis, I’d understand that. But read on: Exactly the same is true of Judge Kavanaugh, only without the “almost” qualification. He didn’t contradict himself as she did, for example over her fear of flying. If she was credible based on her presentation alone, so was he. For my money, his responses were harder to put on; he seemed more completely real.

People will differ over who was more believable, though. I expect their views will mostly line up with their prior opinions. So you could call yesterday’s hearings a tie, or near enough not to matter much.

It certainly didn’t have to come out as a tie. The Republicans could have played it so much better than they did. But it was what it was. By themselves, then, the hearings really shouldn’t determine anyone’s decision. So let’s review what each one still has going for him or her.

Ford has two things going for her. First, many are saying we should believe her because “Victims are never believed” and “It’s so incredibly damaging when we don’t believe them.” The latter is certainly true. To dismiss a sexual assault victim’s complaint is to multiply the harm that’s been done to her. The former used to be true, or near enough that we should pay it close attention; although our country has lately begun attending to it quite seriously. That’s the whole point of the #MeToo movement.

So those are both great answers — but to the wrong question. They’re answers to, “How should we treat victims?” when we need to know instead whether Ford is a victim. Until we know that, those answers are premature and (for now, at least) strictly irrelevant. They work great as ideologically-motivated misdirections; otherwise they serve no one any useful purpose.

Second, Ford’s story supports ongoing abortion rights. The more people who believe her, the less likely Kavanaugh is to be confirmed, and the more likely Dems will get a nominee they like better for the sake of abortion. The Democrats on the committee yesterday told her they believe her, when they hadn’t heard Kavanaugh’s side of the story yet. His side of it didn’t matter to them; all that mattered was getting his nomination blocked.

That’s what she’s got going for her. I don’t think much of it. Neither should you.

By the way, did you notice the Republican’s chosen questioner asked Ford a whole lot of questions? What led her to  choose such innocuous, mostly irrelevant questions, I’ll never know, but at least they were questions. That’s how you find out the truth. The Democrats pronounced their conclusions without even pretending to make any inquiry.

Kavanaugh has politics on his side, too. Republicans want him on the court. I do, too. Abortion is one reason, but it’s really about ending judicial activism and restoring the rule of law in our country.

When it comes to evidence, Kavanaugh wins by a country mile.

And Kavanaugh has tons of corroborative evidence on his side. Ford has none. The witnesses she says could support her story deny it instead. The ones who don’t deny it are unable to produce any evidence prior to 2012.

I’ve heard pundits complaining this was a “he said, she said” situation. That’s a fair description of yesterday’s hearings, but not the overall process. Overall it’s “She said this, and everyone else who knows anything about it says something else.”

So let’s review our score here.

Both Ford and Kavanaugh have politics on their side. Let’s call that a tie.

Both Ford and Kavanaugh presented themselves in a believable manner yesterday, if you’re willing to overlook Ford’s “fear of flying” and a couple other flubs. We could call it virtually a tie.

When it comes to actual evidence for the truth, though, there’s no room for dispute. Kavanaugh wins by a country mile. Of course we know some senators won’t care about that; they’ll let ideology win out over evidence every day. We’ll see which way the entire Senate goes.

Congress, Here are the Questions You Should Ask Brett Kavanaugh and His Accuser