Kathy Griffin, Cheap Grace, and the Mechanisms of Evil

Griffin is following the same playbook as apologists for Islam and the LBGT lobby. 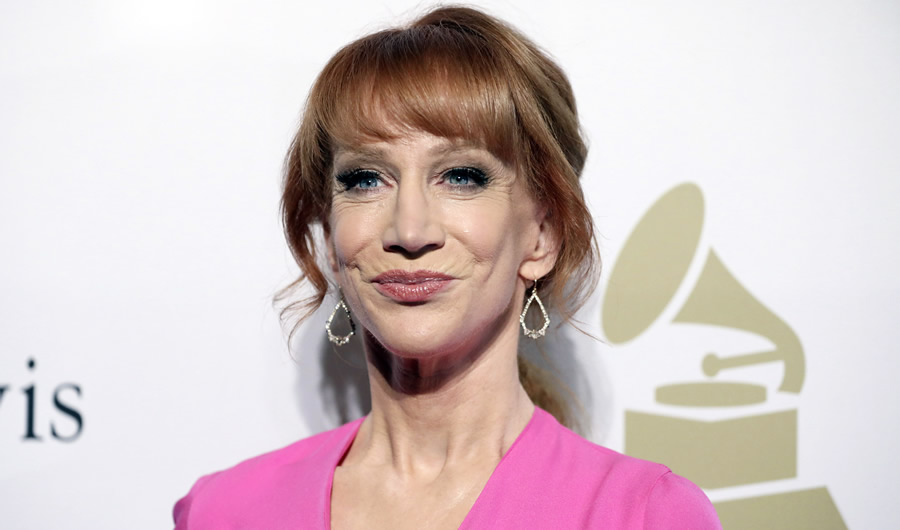 Kathy Griffin is messing with me. I was all set to write a column about the “rush to forgiveness.” Now she has gone and short-circuited that by retracting her apology, like a bratty, defiant first-grader. But I won’t let that stop me. I’ll just add more at the end.

Surely you’ve seen Kathy Griffin’s wannabe ISIS photo. Maybe you’ve seen her hard-to-watch, traumatized video message of apology. Stunned by the backlash against her “let’s behead the president” photo stunt, Griffin seemed chastened and sorry. Not as sorry as Mel Gibson seemed after his drunken, anti-Semitic rant a decade ago. But sorry enough for some.

Online commentators who’d given no sign of forgiving Gibson for an intoxicated outburst treated Griffin very differently. They demanded that the rest of us accept her apology and move on. Presumably, we should accept her back into the charmed circle of highly-paid celebrities and cultural commentators after that apology. Because, you know, hosting TV specials is a basic human right. Even when you’ve worked for weeks on thinking through and preparing an image that encourages the ISIS-style execution of a U.S. president.

Meanwhile, Gibson (who suffers from bipolar disorder) is still amassing particles of forgiveness for something hateful he said while blind drunk. Double standards, anyone?

Sex Abuse and the Rush to Forgiveness

Some made Christian arguments for why we should take Griffin’s sorrow at face value and accept it. That’s what really bothered me. Mostly because I’m watching Netflix’s powerful series The Keepers (my full review runs next week). It covers the clerical sex abuse crisis among Catholics. I have read deeply and widely about that crisis, and learned about one of the key reasons that child rapists were set loose and allowed to rape again: Cheap grace and rushed forgiveness.

Clerics who’d used the confessional, or counseling sessions, or other positions of trust to prey on vulnerable teens hid behind that “cheap grace.” And often it worked. They’d combine a trip to confession, a crying jag in the bishop’s office, and a couple of months in “counseling.” That’s the modern version of a penitential pilgrimage to Jerusalem.

Then voila! They were ready to coach middle school wrestling teams again. To take boys on camping trips to the woods. To counsel fatherless tweens. If they fell again, they repented again, and pretty soon they were in a position to blackmail the bishops who’d rushed to forgive and forget.

Lest you think this is a Catholic problem: Some Western European countries are letting Muslim immigrants who left their countries to go fight for ISIS return and go back on welfare. Read those words again, one by one.

Clearly what these authorities are offering is not Christian forgiveness. It is a despicable liberal caricature of the Gospel. It’s Christian charity watered down to homeopathic doses. When God forgives a murderer, that shouldn’t get him out of jail time, or even death row. The chaplains at Nuremburg made that clear to the Nazi war criminals who bared their souls. Some even repented. That didn’t spare them the noose. Nor should it have.

God can afford to wipe our sins away and offer us a clean slate. He has several attributes which none of us (not even wealthy, liberal bishops or Scandinavian socialist bureaucrats) can boast:

We have none of those divine attributes. Pretending we do is a piece of arrogant hubris. If some sociopath with a track record of lying and stealing claims that he found Jesus, that’s great for him. Pray that it’s true. But if you hire him to run your non-profit’s finances, you are worse than a fool. You’re reckless. And that’s a sin. Likewise, no child molester, however penitent, should ever be left near children. And no terrorist should ever leave prison.

What Griffin Should Have Done

Nor should we welcome back a public figure who has mocked the victims of terrorism to play at killing the president of the United States. The right thing for Griffin to do would have been to discreetly contact the families of Jewish journalists or Middle Eastern Christians — people who died in the same gruesome way she depicted in her Trump murder fantasy. She should have begged their forgiveness, both privately and publicly. Then she should have done long years of work for victims of terrorism. Pro bono. Zero salary. She should have worked at Krispy Kreme if necessary, purging in the sweat of her brow over hot grease her arrogance and malice.

Instead, she chose to playact. Her “apology,” we now know, was fake. She was stunned by the damage her career might suffer from her sadistic photo stunt. So like a chastened narcissist, she tried to manipulate us. She apologized to her fans — not to family victims of terrorists. Not to President Trump and his family. Not to millions of voters and her fellow citizens.

And now she has taken all of it back. Now she’s posing as the “victim” of “bullying.” At the hands of the people she victimized. Because they dared, dared to push back. To criticize her for , in effect, endorsing the murder of the president.

Words almost fail me. Has Griffin read the playbook of the Council on American-Islamic Relations? You know, the people who greet each terrorist attack with a solemn warning against Islamophobia? Will we soon hear of people losing their jobs because they indulged in Griffinophobia?

Even more, Griffin is enacting, within a single week, the arc of the LGBT movement’s attack on biblical Christianity.

Gay church activists use Christian mercy as the thin end of the wedge. They accuse those who guard against acceptance of sexual sin of being Pharisees. Of wanting to stone the adulteress whom Jesus Himself is sheltering. Of pride and hardness of heart. If they prevail and get some ministries approved that are more “accepting” of their tendencies, it never, never stops there.

Soon enough, those ministries have dropped talk of sin and forgiveness. They outright affirm the sexual practices that biblical Christians must condemn. (Meetings of the Catholic pro-gay ministry Dignity became “meat markets” for gays who weren’t even Catholic.)

LGBT activists target and try to marginalize any Christians who resist them — including genuinely penitent souls who suffer with same-sex attraction. It’s exactly as if pushy Jose Cuervo pitchmen took over an AA meeting — to mock, denounce, and exclude those who insist on remaining sober. I have seen these activists pull this off again and again in Catholic circles. They have conquered most Mainline Protestant churches. And they’re coming for the Evangelicals.

Griffin sniffed the air, and realized that she could get away with all of this. That she could cast herself as the victim in this farce, and become the most hardcore icon of anti-Trump “resistance.” She may even be elected as the next Democratic senator from the State of California.

But still, she has done us a favor. She has given us all a lesson in the mechanisms of evil. This is how hard it really is to repent. This is how ugly unrepented sin becomes when it festers. This is why the Son of God Himself had to hang up there on that cross.