Justin Bieber Leads Worship at His Home Church, Pastor Says it’s Just ‘Part of Who He is’ 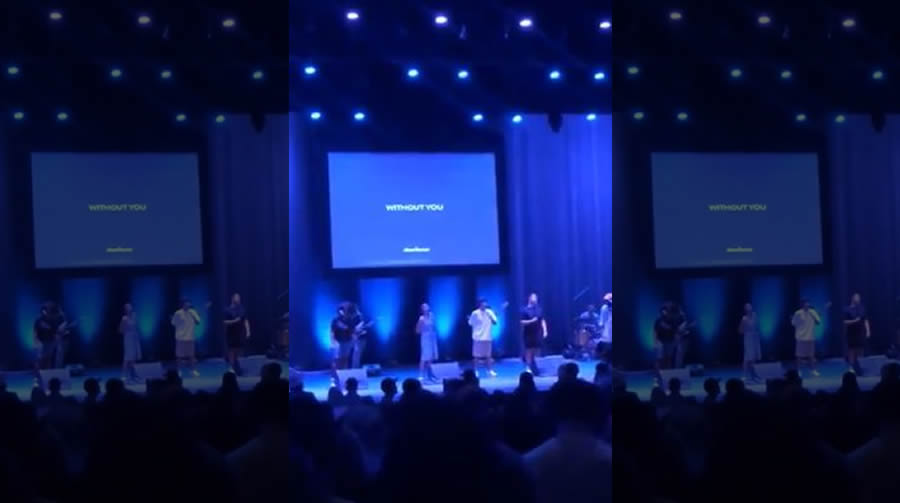 Justin Bieber led the worship service at his own church in Beverly Hills, Calif., Wednesday night.

According to his pastor, Judah Smith, Bieber has “always been a worshiper,” and it is just part of who he is. Smith added: “I want to be part of a church where everybody gets a fair shake in using their gift to contribute to the community. Far be it from me to stand in the way of someone who clearly has a gift to lead worship.”

Bieber told TMZ that leading worship at Churchome was more “nerve-wracking” than playing for an audience of thousands. Part of his hesitation in leading worship was that he didn’t want people to think it was a show.

Some of those in the audience posted on social media their reaction to Bieber’s singing. Jeff Bernat said, “It was a beautiful surprise to witness @justinbieber lead worship and share his testimony at church tonight.”

It was a beautiful surprise to witness @justinbieber lead worship and share his testimony at church tonight. pic.twitter.com/4nQDGQ09PN

As Bieber was leaving E Baldi in Beverly Hills Thursday, he told TMZ that his whole message to the church was “there’s power in your weakness.” He explained that a lot of people are struggling. “When you fight through that season, usually you get to the other side and it gets better.”

Tammy said Bieber was “vulnerable” while leading the church in worship. “[O]ne thing he kept repeating was there is power in your weakness & vulnerability & like that was the TRUTH. [N]ever be afraid of being open & vulnerable.”

ALSO. justin bieber lead worship at church tonight & was so vulnerable & one thing he kept repeating was there is power in your weakness & vulnerability & like that was the TRUTH. never be afraid of being open & vulnerable.