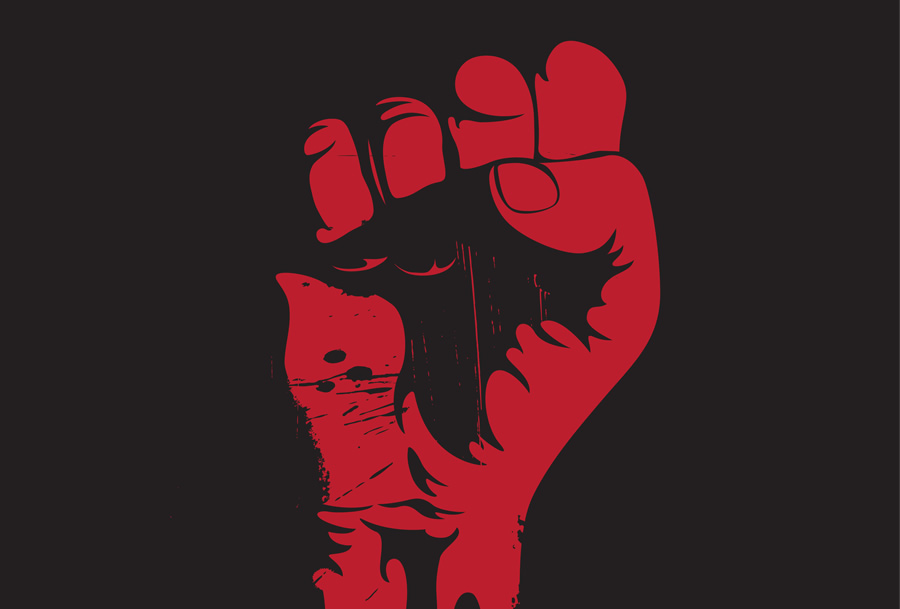 So now San Francisco liberal Rep. Nancy Pelosi is fighting off reckless charges of “racism” from her fellow Democrats. Like Rep. Ilhan Omar, Rep. Alexandria Ocasio-Cortez responds to the slightest criticism of her policies by smearing critics as bigots.

First the left finds a poster girl who belongs to a designated “victim” group. Then it treats her policies and person as suddenly sacrosanct. That is, literally sacred, by the tenets of the new religion of Intersectionalism. If you differ with her, you’re now another victimizer. Poor Nancy just found herself tossed under that speeding bus.

Nor do your motives matter. It only matters if your words or actions “objectively” further the “structural racism” which pervades every square inch of America. And has since 1776, according to wonder boy Beto O’Rourke.

Can Pelosi Eat in a D.C.-Area Restaurant Now?

If so, you’re a racist too. Which equals a Nazi. Which mean that it’s okay to punch you. Or silence you, dox you, try to get you fired, or hound you out of restaurants and surround your house with angry mobs. Little as I like her policies, I hope Rep. Pelosi doesn’t suffer the Sarah Sanders or Tucker Carlson treatment. Though it might start her thinking about the consequences of indulging ideologues.

Because they couldn’t quite agree on the details of Utopia, the radicals turned on each other. One faction after another would grab the reins of power, and send its hapless predecessors to die on the guillotine. Then fall from power, and face the blade themselves.

We have seen radicals act this way before. In fact, this is how things proceed almost every time they come to power. It’s what happens when you let Utopian fantasies control you. When you nurse a Gnostic hatred of the world as it is with its stubborn, human limits. Add to that a restless hunger to dominate and re-engineer your fellow human beings. And what do you have? A history of the Left, since the French Revolution.

Ocasio-Cortez was put in place by the quasi-Marxist faction the “Justice Democrats.” One of its leaders is her chief of staff, Saikat Chakrabarti. A preening, posturing radical, he likes to sport a t-shirt picturing Indian nationalist (and Nazi collaborator) Subhas Chandra Bose. Chakrabarti also plans to target a number of black Democrats in primaries. He considers their voting records “objectively” racist, because they’re not as far left as he. Other Democrats are firing back, shooting the only gun they seem to think they have. They’re suggesting that Chakrabarti’s actions are … you guessed it, racist.

Chakrabarti is one of the prime authors of the Green New Deal. That insanely expensive ($93 trillion) program offered to solve the “climate crisis” by promising something for everyone:

Chakrabarti admitted recently that the Green New Deal was not in fact about preventing climate change. That was just a pretext for “changing the whole economy.” That is, for grabbing control of how every American works, lives, and buys, and sells. And placing it all in the hands of the federal government. Which the Justice Democrats have already announced they plan to control, by tipping key elections.

The prospect of that kind of power is intoxicating. And far too many on the left already seem drunk.

Sharpening the Blades on the Guillotines

I write this on Bastille Day, the anniversary of an urban riot in Paris. It ended King Louis XVI’s efforts at moderate reform in highly centralized, bankrupt France. A mob of Parisian guttersnipes led by fanatics attacked an almost empty prison. They freed a few common criminals and the Marquis de Sade. (A virtual Satanist, and the first pro-choice philosopher since antiquity, he’d spend much of his life in prison for torturing women.)

But the fall of that prison emboldened the radicals in Paris, told them that all bets were off. They could wield this angry mob to smash the existing order, and start the world all over again. Their most outrageous fantasies and other-worldly Utopias were suddenly in reach.

At first the radicals united in their hatred of the mild King Louis XVI and the silly Marie Antoinette. Then in their hatred of powerless, hapless aristocrats and foreigners living in Paris. Next of unarmed, impoverished priests and nuns. Then of hundreds of thousands of Catholic peasants who refused to be drafted into the regime’s new, aggressive wars. These the revolutionaries launched because liberating France wasn’t enough. They wanted to transform the planet.

And of course, because they couldn’t quite agree on the details of Utopia, the radicals turned on each other. One faction after another would grab the reins of power, and send its hapless predecessors to die on the guillotine. Then fall from power, and face the blade themselves.

This fratricidal slaughter only ended when the canny, power-hungry Napoleon Bonaparte imposed his own dictatorship. But instead of domestic peace, he used that power to launch wars of conquest (“liberation”). Millions would die in these conflicts, and France would lose so many men and so much wealth, it became a second-tier country. Never again would France be the richest or strongest power in Europe. (Though the French would spend more than 100 years pretending otherwise.)

Trump: A Prisoner of the White House?

The Democratic party is already descending into such a frenzy, without even having grabbed full control of the country. After almost three years of rabid, destructive rhetoric and unpatriotic obstruction, however, they don’t realize that. They think the Republicans are already discredited. That Trump sits in the White House as helpless as Louis XVI in prison. They’re convinced that the next presidential election is already over. Whoever gains the Democratic nomination will simply take office. So the key is win the primaries, and the way to do that is simple. Run furthest to the left.

Damn our grandchildren, full speed ahead!