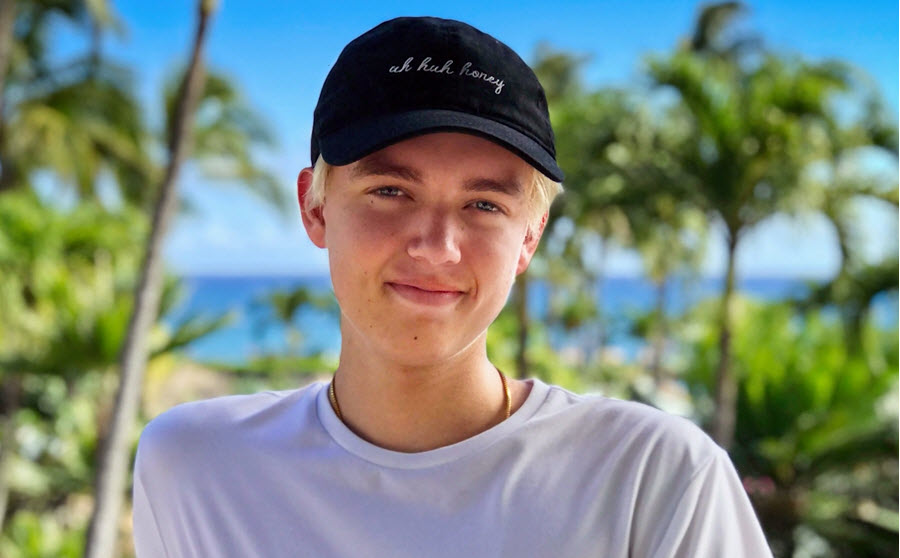 On January 23rd, 2021, Chase Michael Ellison (age 18) lost his life to fentanyl poisoning in what he thought was a pharmacy-made Xanax pill.

50 times more addictive than heroin. 100 times stronger than morphine. All it takes is 2 milligrams — the equivalent of a few grains of sand — to kill a healthy adult. Fentanyl, a synthetic opioid, is now linked to more deaths of Americans under 50 than heart disease, cancer, or all other accidents. Fentanyl poisoning accounts for more deaths of American youth than heroin, meth, cocaine, and all prescription drugs combined.

According to the CDCP, more than 100,000 deaths occurred in the last 12 months due to drug overdose, up nearly 40% from the previous period. Fentanyl is the primary driver of this alarming increase. And most shocking, more than 75% of these deaths are among 14- to 23-year-olds.

So where are all the PSA warnings? Why haven’t we heard more about these horrifying statistics? More importantly, what can we do to stop this?

One Pill Did Kill

To Marcus Ellison, this epidemic is not some cold set of impersonal statistics. On January 23, 2021, Marcus lost his 18-year-old son Chase to fentanyl poisoning. Chase was not a drug addict. He was a football MVP, a musician, and an aspiring astronaut. His family describes him as competitive but compassionate, generous, loving, and with an unusual sense of gratitude.

Yet like every other youth of the past few years, his life was completely upended by the extreme COVID lockdowns. The stress and isolation were unbearable. He didn’t turn to heroin or other illegal opioids to solve his problems, though. He went to what he thought was a safe and reliable solution to his anxiety: Xanax. But the pill he took was an illegally made (and likely illegally imported) knock-off that contained a lethal amount of fentanyl.

And that’s exactly what makes this epidemic so frightening. As Marcus told The Stream:

Many kids think the pill they are taking is safe. They are told that it came from a pharmacist, and they believe it does because it is stamped and packaged to look like it is a legitimate prescription. Our kids went through COVID with so much anxiety that they were looking for something to help them escape the worries. They started to share fake pills with each other to help cope.

Marcus also attributes the feeling of pills being safe to the familiarity with prescription drugs. “They are already used to seeing their “family” physicians that so quickly prescribe things like Adderall or other anti-depressants to fix the problem. They look at prescribed pills as being safe when they in fact are not today.”

Initially sold as powders or nasal sprays, illicit fentanyl is now primarily packaged to look like legitimately prescribed opioids. In fact, telling the difference between authentic and fake pills has become virtually impossible. The most common fakes include pain killers like Oxycontin, Percocet, and Vicodin; anti-anxiety meds like Xanax; and stimulants like Adderall.

Fentanyl has become the go-to ingredient for drug cartels, because it’s cheap to manufacture and is incredibly potent. In 2021 alone, the DEA seized more than 20 million fake pills laced with the deadly ingredient. That’s more than the previous 2 years combined. And 2022 appears to be on track to double that amount over again.

The greatest risk comes from the fact that these drugs have no official oversight or quality control. More than 42% of the confiscated pills tested last year contained a lethal dose of fentanyl. Just a few pounds of fentanyl could potentially kill up to 500,000 people.

To honor Chase’s memory, Marcus Ellison and his family have launched a crusade to stop this needless death of innocents. While the crisis at our southern border is doubtlessly contributing to the epidemic, the most crucial first step, says Marcus, is awareness:

The lack of awareness is behind the trend of distribution. Had we known more about this we may have been able to prevent our loss. The awareness must outpace the governing or we will continue to see many more lives lost.

Being aware that fake pills abound is the obvious first preventative measure, but Marcus also warns parents to monitor their children’s social media accounts. “Fake or counterfeit prescription pills are easily available on social media apps like Snapchat, TikTok and Instagram.” Local dealers easily penetrate such apps to bring youth to a point of sale.

Like with Chase, there may be no previous warning signs of an issue. It only takes one pill, innocently taken, to end a life and desecrate a family.

On this important day, we implore parents, grandparents, aunts, uncles, cousins, teachers, politicians, unions, influencers, and community leaders to take a stand and make their voices heard. Enough is enough! Together, we can reverse this horrific genocide and make a difference!

How You Can Help, Too

Check out the Ellisons’ website, onepillkilled.org, to learn more about their efforts to bring awareness to this tragic and poorly covered issue. And help bring awareness to your own family and community, especially on Tuesday, through your social media accounts using tags like #OnePillCanKill, #FentAwareDay or #JustSayKNOW.

Watch and share the video below for more information about Marcus’ story and the One Pill Killed campaign.

John Melton is the Editor-in-Chief of The Stream. He worked for LIFE Outreach International, The Stream’s parent organization, for more than 15 years before joining The Stream. He has a background in theology, philosophy, and music. Most of his professional career has been spent in non-profit administration, marketing and event planning.

Fentanyl is Killing Our Young People