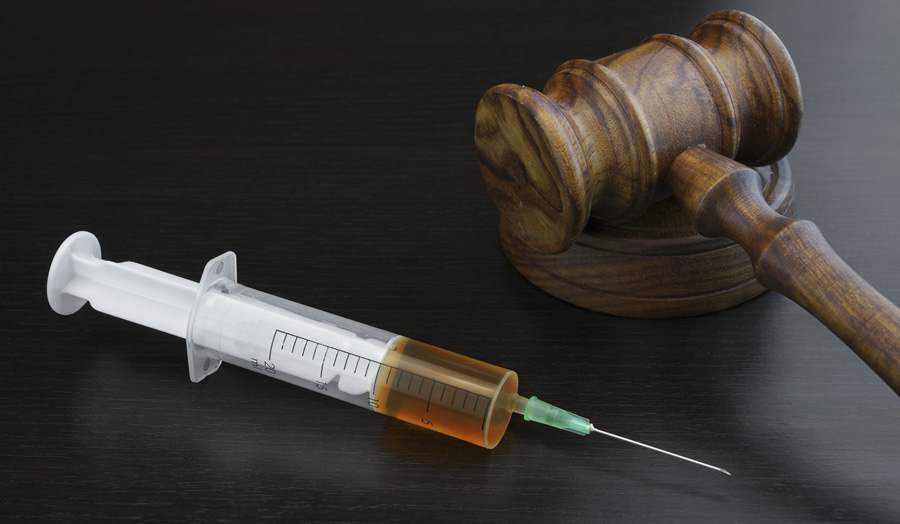 Jurisdictions that have legalized euthanasia have created a contagion of killing. (Which I have written about before here, here and here.) Such contamination travels far beyond the “limits” initially intended by its backers. For example, here in America, a trend exists in progressive circles to use foreign precedents in order to interpret our own statutes and laws. Now, I fear we may import reasoning from euthanasia cases in Canada and the Netherlands decided this past September.

In Canada, the Quebec Superior Court wiped away protections meant to limit euthanasia to people nearing the end of their lives. One such protection was a federal requirement that a doctor can only lethally inject those whose deaths are “reasonably foreseeable.” Another was a local Quebec requirement that qualified a person for euthanasia if he/she were at the “end of life” (terminally ill). These safeguards were, in effect, eliminated when two people with life-long disabilities (Jean Truchon and Nicole Gladu) challenged them. They successfully argued that these safeguards infringed upon their right to life, liberty and security as guaranteed by the Canadian Charter of Rights. No appeal is likely.

The Dutch court expanded their euthanasia law by acquitting a doctor of murdering a woman with dementia. To calm her, the doctor gave the patient a sedative. However, she fought back. Family members had to hold the woman down. The doctor’s defense focused on the Advance Directive signed by the woman with dementia. The Directive stated she “wanted to be able to decide [when to die] while still in my senses and when I think the time is right.” The court ruling effectively deemed her incompetent to change her mind or decide when she believed the timing was right. Witnesses testified that the woman rationally stated in the weeks leading up to the euthanasia, “not just now, it’s not so bad yet.”

These rulings reflect a philosophy of judicial activism. “Result-oriented” judges guided by this thought process decide cases based upon their own personal beliefs rather than interpreting the text as drafted by its authors. These judges believe “society evolves.” Thus, they allow more permissiveness in order to override the restrictions found in the initial legislation.

The initial purpose of assisted suicide was to provide a means of easing human suffering. It hastened death from terminal illness and/or ceaseless pain. But, the categories of people eligible for such a choice have steadily expanded. Depending upon the jurisdiction, they now include the chronically ill, the disabled, the elderly “tired of life,” and those with mental illnesses. In practice, the courts routinely ignore or reinterpret protective guidelines so that they now offer fewer protections for the weak and vulnerable. Unfortunately, many more ended their lives without express consent. There is alarming evidence that jurisdictions legalizing euthanasia see an increase in assisted-suicide deaths for those who are not terminally ill.

The growth of euthanasia mirrors society’s growing focus on “self-realization” and “individual fulfillment.” This deification of the self focuses on individual autonomy, independence, self-realization, and the right to choose. It also creates an environment where people seek to live for the moment. Proponents tell us euthanasia supports a person’s independence and individuation and enhances values of autonomy, self-determination, and choice. In truth, however, physician-assisted suicide devalues the lives of our fellow human beings. This is particularly so in regards to the communal aspects of society.

Catholic Archbishop of Perth, Australia, Timothy Costelloe, draws a distinction between “personal autonomy” and “absolute personal autonomy” by emphasizing that we live life as persons within a society. He says,

We do not exist as completely isolated, autonomous people, whose decisions have no impact on anybody else. So I think our rights have to be balanced by our responsibilities to the society of which we are a part and to which we have certain obligations. We are not talking about a private and personal decision when we are talking about euthanasia or voluntary assisted dying; we are talking about a decision which, fundamentally, alters a foundational principle upon which our society has been built. So no matter how private the decision might be in one sense that a person might take to seek euthanasia or assisted dying, inevitably, because of the web of relationships that are part of being human, it has impacts beyond the person … and their family.

The Noahide Values Enshrined in Our Founding Principles

America’s founding fathers premised our society on certain inalienable rights granted by our Creator. Those rights lay beyond the power of a legislature or the courts to give or to take away. Indeed, the American Revolution was based on a deeply held belief that our fundamental rights and obligations derive from G-d, not from the government. Because secular humanism is attempting to replace G-d as the final moral arbiter of life and death, it is urgent that we restore the biblical values of America’s founders.

By permitting assisted suicide, a handful of American states ignore the Declaration of Independence. It declared that Americans have an inalienable right to life. Inalienable rights are, by nature, so essential to a person that they cannot be revoked by any man or government. America’s founding fathers specified that these inalienable rights — endowed by our Creator — are beyond the reach of civil government. Yet, as we approach 250 years of independence, we see secular humanists seeking to erode G-d’s commands on the inalienability of life. (This is true not only of end of life decisions but also of decisions to abort births in the beginning of life.) These citizens seek to override our Creator’s foundational principles for a just society. They ignore the basic principles enshrined in America’s founding documents.

On a bipartisan basis in 1991, Congress acknowledged a code of conduct known as the Noahide Code. (This also reflects the Judeo-Christian worldview.) They resolved that “our great nation was founded” upon “a historical tradition of ethical values and principles … known as the Seven Noahide Laws.” G-d provided these laws to Noah for the renewal of civilization after the Flood. These principles are not only enshrined in America’s historical documents. They also serve as the foundational premise for the three Abrahamic religions (Judaism, Christianity and Islam).

‘Thou Shall Not Kill’

Two Noahide laws are applicable here. One, “Thou shall not kill” is also found in the Ten Commandments G-d later gave us at Mt. Sinai. In the context of the debate over euthanasia, this means no one may intervene to end the life of a dying person. Nor may anyone intrude to end the life of anyone not yet dying. This applies whether or not a person suffers from an illness from which he or she may eventually die or from a situation that lessens their “quality of life.”

The very phrase “mercy killing,” often used to describe euthanasia, is an oxymoron. It offends the conscience of anyone with a background in the Abrahamic faiths, the universal Noahide ethics within those faiths, and America’s founding values. Such beliefs are at the heart of our social order’s moral commitment to respect life.

Those contemplating assisted suicide often believe their situation greatly inconveniences family and caregivers. Other thoughts affecting their request for death may include:

People most commonly consider euthanasia when burdened by emotional and/or psychological distress. However, ending life on account of distress practices cruelty against the essence of the person. Rather than providing compassion and support for people in their suffering, euthanasia abandons people when they are most vulnerable. It presents a callous “alternative.” True compassion, on the other hand, balances kindness towards suffering. It respects the boundaries and purposes of persons as defined by their Creator.

The Abrahamic faiths believe that a Divine Creator provides human life as His gift. A person’s body and soul are not his own possessions to harm or destroy. The human being receives them from G-d in trust. Since G-d gives and takes away life, any form of suicide rejects G-d’s sovereignty. In turn, protecting and respecting life requires following these universal ethics. We need to reject the modern view that when suffering renders a person’s life burdensome to himself or to others, we are free to end that life.

In addition to forbidding the taking of human life, G-d ordered Noah to create courts of law to enforce His laws. The purpose of this Noahide law of “justice” is to judge the conduct of people in relation to the six other remaining Noahide laws. No one may add or subtract from the biblical laws transmitted and interpreted in the Tradition from Sinai. Thus, the Noahide Code forbids judges from altering a law to match their personal preference.

The decisions in both The Netherlands and Canada violate these values even though these countries hold the universal Noahide values in their secular laws.

As stated earlier, I fear progressive American courts will try to use these decisions as precedent. Liberal judges often make decisions consistent with their own personal views about public policy. They ignore the original meaning or intent of the drafters of the law in question. To support their views, they frequently cite decisions of foreign jurisdictions when those cases support what they believe the law should be. Their new interpretations, we’re told, mark a maturing society’s progress. But do they? And, have these progressive values, interpreted into law, produced a counter reaction?

Over the past several years, a new force of “populism” has emerged in several western countries, including in America. These people are rising up against the entrenched elitist dogma of political correctness and self-aggrandizement pushed by secular humanists. They reject the conformism demanded by the secularists’ evolving standards of political correctness. In doing so, they also reject “the aggressive secularization and repression of the culture of faith as the moral anchor of society and the individual.”

Rather than undo the religious values of our society that became the basis of American society (as the secularists frequently do), President John F. Kennedy advocated in his Inaugural Address the importance of “the same revolutionary beliefs for which our forebears fought.” He understood how “The rights of man come not from the generosity of the State but from the hand of G-d.”

Tocqueville warned us that imposing secularism and repressing faith “prepare a people for bondage.” Without religion as an internal moral compass, Tocqueville said, “each man gets into the way of having nothing but confused and changing notions about the matters of greatest importance to himself and his fellows.” Thus, we ignore, at our peril, the moral ethics given to us by G-d through the Noahide Code — the same ethics we see in America’s founding documents.

What could be of more importance to one’s life than one’s death? There is little doubt that Tocqueville would be stunned to observe the increasing acceptance of euthanasia these days, and its judicially imposed expansion. But it is part of the process he warned against: the eroding of religion and its moral values from our nation’s moral compass.

Arthur Goldberg is the former Co-Director of the American based Jewish Institute for Global Awareness (JIFGA). JIFGA formerly sponsored Funding Morality, a crowd-funding site for those committed to Biblical values. He has authored Light in the Closet: Torah, Homosexuality, and the Power to Change. You can contact him at [email protected]