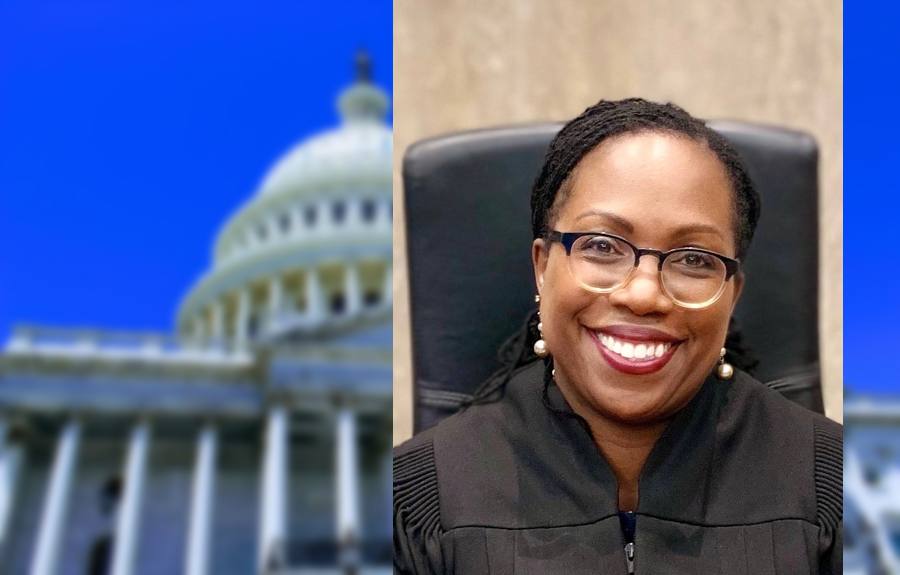 So many people have written about Judge Ketanji Brown Jackson’s inability to define the word “woman.” I’ll bet every one of those pundits wishes he could have been there to ask the next follow-on question. I know I do. Here’s how I think it should have gone from there.

It begins with the actual exchange: Senator Marsha Blackburn asks the judge, “Can you provide a definition for the word ‘woman’?”

Judge Jackson answers, “No. I can’t. Not in this context. I’m not a biologist. … I my work as a judge, what I do is I address disputes. If there’s a dispute about a definition, people make arguments, and I look at the law, and I decide — “

My what-if here is just for fun. Senator Blackburn takes the judge’s answer very seriously and asks only serious follow-up questions. I’m saying these would be genuinely good questions, not the least satirical.

Given where it actually started, though, there’s only one way the Judge Jackson’s answers could go: Silly. Don’t blame me, though. It was silly before I ever got to it; I’m just drawing it out the rest of the way.

It’s just the two of them, Senator Blackburn and Judge Jackson.

How the Hearing Should Have Gone

“Judge Jackson, are you saying that if the question came to court, you’d call in a biologist as an expert witness to answer?”

“Yes, that’s what I mean. Judges do not testify to these things; we call on experts in their respective disciplines for that.”

“Which disciplines do you call on to determine the meaning of a word like ‘woman’?”

“Because it’s quite simply a biological quest — er, because biology has something to say about the issue.”

“I see. So, tell me, Judge, what do you suppose biology would say, if you got an expert to come in?”

“Do you mean an expert who could speak for the whole discipline of biology?”

“Of course. That’s what it means to be expert. We don’t bring in fingerprint experts to court just to give their private opinion. They have to be able to speak for the discipline as a whole, the consensus of the field on methods, findings, and so on. This is basic, you know.”

“So apparently you think there’s consensus among biologists?”

“Well, Senator, if there isn’t, we couldn’t bring in an expert, could we?”

“No, you couldn’t. And if there’s consensus among biologists, wouldn’t it be the same old sensible consensus the world has held for ages upon ages? Or do you think the whole field has suddenly flipped over on its head?”

“Oh. Well, now that you put it that way, I don’t think there’s consensus after all. Because I know some biologists have new opinions about what it means to be a woman.”

“Okay, then I’d have to ask you, Judge Jackson, when you mentioned a biologist, did you have any particular one in mind?”

“No, all I’m saying is we need to refer to an expert in the field.”

“One who represents a consensus?”

“Which you say doesn’t exist?”

“Okay, okay, Senator you win. Look there’s no consensus, but I can still ask a biologist, can’t I?”

“Which one, please, Judge Jackson?”

“The one who … who … who gives an answer the court can take seriously!”

“I see. Would that biologist’s answer be a true answer? A right answer? A good answer in any way at all? How could you even know?”

“Well, it’s not in a judge’s place to determine these things arbitrarily. I’d have to ask an expert, obviously.”

“Right. Now, there’s a very good answer. A very skillful answer, skillful in a field where you are truly an expert, though unfortunately it’s not the one you’re in. (Or maybe it is, in your mind, anyway.) It serves the marvelous purpose of circling us right back around where we started from, but without saying a thing. Well done, well done indeed, if not for a judge, then at least for a —” (Here the senator interrupts herself.) “But wait! Before I finish that thought, I see I have time for to ask you one more question.”

“It’s your hearing, Senator. Ask away.”

“If we confirm you for the Supreme Court, would you be joining as a ‘woman,’ properly defined, or not?”

“I asked if you would be joining the Court as a woman. You wouldn’t answer, so I will. You’d be joining it as a politician.”

“I have told you, I’m not qualified to answer. I’m not a biologist.”

“Well then, let me answer for you.”

“First, you’re not showing much to qualify you as a judge, much less a Justice. You know what a woman is, because everybody knows, and it’s not exactly a hard question. You’re just afraid to state the obvious. We don’t need cowardice on our courts. You waffled on it, acting as if you could bring in expert biological testimony on it.”

“Oh, yes, Judge Jackson. Very seriously. You realized that there’s only way there could be any consensus, and you wouldn’t like that, so you jumped off it as if it had bit you. Judges aren’t supposed to run from conclusions they don’t like. Then you tried finding refuge in some arbitrary expert whose opinion you’d like, which is even worse —”

“I’m sorry, Judge, but we’re out of time now, and we can’t reasonably expect you’d say anything sensible if you had the chance anyway. I asked if you would be joining the Court as a woman. You wouldn’t answer, so I will. I’m very qualified, because I know this field. You’d be joining it as a politician.”