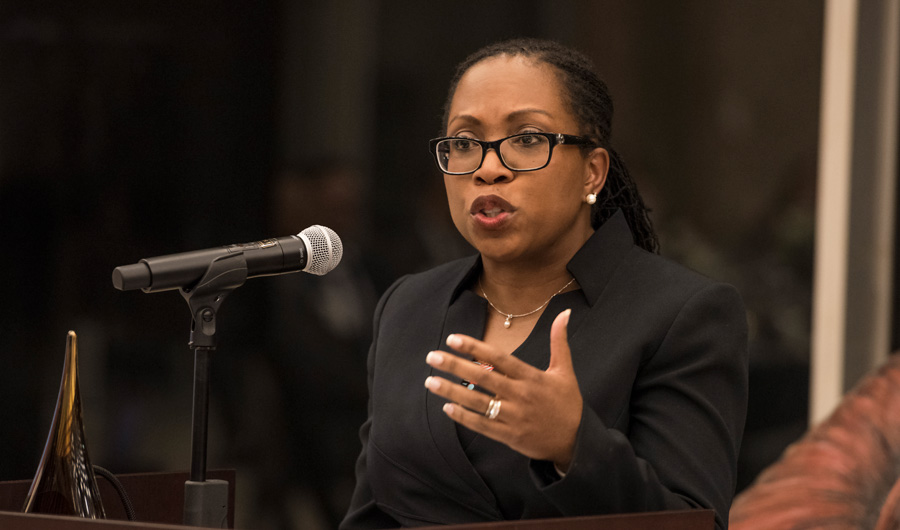 As an American of African descent and a great grandson of slaves, I am certainly not opposed to the appointment of a black woman to sit on the Supreme Court of the United States. I am also a Christian and American patriot who cares deeply about the integrity of our legal system and the future of our country. Therefore I am categorically against confirming Ketanji Brown Jackson to the highest court. One day a woman of her background will assume that post, but Jackson should not be the person to break that glass ceiling. Here is why.

She is an adherent of the far left. Some Republican Senators are willing to overlook this. They are treating her confirmation as a fait accompli. They would rather not go on record against the “first black woman” nominated to the Court. This is the kind of political expediency which has brought our country to the precipice.

Supreme Court decisions not only change the legal landscape. They can alter the culture in destructive ways. Roe v. Wade was a cultural earthquake which led to the elimination of over 60 million nascent human beings. Almost fifty years later a majority of Americans believe it was not only bad law, but evil. The opposition has been so fierce that it has led to bombings of abortion clinics, assassinations of abortion doctors and mass arrests at pro-life demonstrations. To be clear, the murders and bombings were as morally wrong as the activity they were directed against. I am opposed to violence as a response to bad public policy. This is simply to point out that social upheaval ensues when Supreme Court Justices think they have the authority to make sweeping cultural changes by diktat.

Jackson as a devotee and admirer of Derrick Bell undoubtedly sees herself as a social reformer. Bell is The “Godfather” of Critical Race Theory. CRT says the law is based upon white supremacy. The society is unjust and racist at its core, so goes the theory, and therefore the law is as well. It is not deserving of respect and deference, but ultimately must be overthrown. Putting someone of this perspective on the court is injecting poison into the heart of the American legal system. She could be on the Supreme Court for thirty years, doing immense damage to our country.

There is also the issue raised by Senator Josh Hawley. He has found in her record a bizarre judicial sympathy for the users of child pornography, reducing their sentences below the recommended guidelines. In one transcript shared by Senator Hawley, Jackson opines:

I’m wondering whether you could say that there is a, that there could be a less-serious child pornography offender who is engaging in the type of conduct in the group experience level.

She also says she “mistakenly assumed that child pornography offenders are pedophiles.”

Yet according to Distinguished Professor Matt Delisi, in a University of Iowa study in 2020:

So much for Jackson’s “less serious child pornography offender.” None other than renowned former federal prosecutor Andrew McCarthy has come to Jackson’s defense in an article in National Review. He argues that Judge Jackson is simply doing what many judges do — distinguishing between the evil producer and often naïve end-user. I find this argument unpersuasive and disturbing.

McCarthy writes, “‘sex offenders’ include people who have never put a hand on a child for sexual purposes but are consumers of pornographic images, which they possess, transmit, or trade — sometimes for money but often not.”

That sounds alarmingly similar to articles I have read in Salon and other leftist publications which suggest we should destigmatize “non-contact” pedophiles as just another sexual orientation. After all, they argue, there is nothing wrong with being sexually attracted to children if you don’t act on it. Most of us would beg to differ.

Quality of Character Over Racial Tribalism

Finally, there is this. Judge Jackson refuses to offer an opinion on packing the court or to even define what a woman is, claiming, “I am not a biologist.” Failing to answer these questions proves that she bows to her far left Arabella funders and Democrat masters, and therefore lacks the essential quality of judicial independence.

At some point, the competence and character of a candidate for the bench must be the only considerations for confirmation. If that were the case here, Judge Jackson would not be confirmed. It is up to the American people to demand a color blind society instead the racial tribalism of the Left that threatens to destroy the integrity of every institution of cultural and legal influence, including the United States Supreme Court.

E.W. Jackson is a retired attorney and graduate of Harvard Law School. He is a former Virginia candidate for U.S. Senate and Republican nominee for Lt. Governor. He is Founder and President of STAND — Staying True to America’s National Destiny, Pastor of the Called Church and host of The Awakening on American Family Radio.