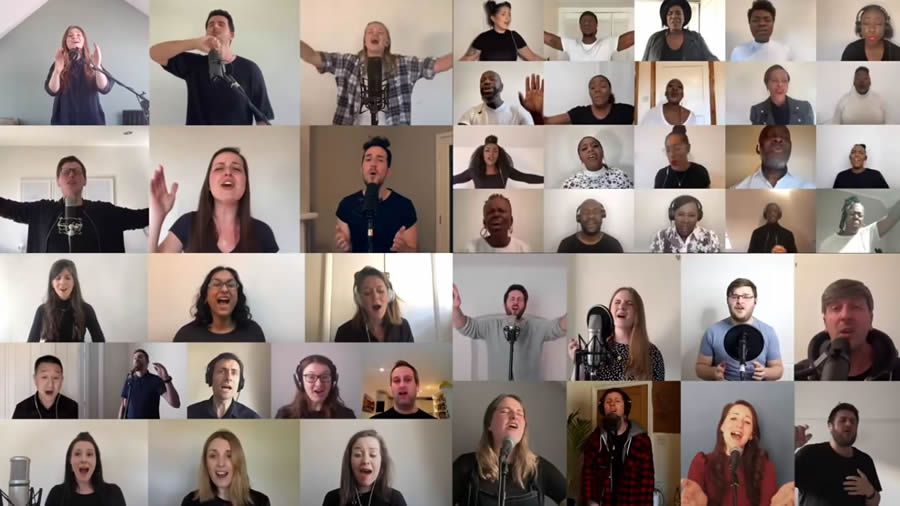 A video cover of the song The Blessing filmed in the UK has gone viral. As of Friday, the video has had nearly 2.5 million views.

According to Premier Christian News, more than 65 churches and Christian groups took part making the video. Singers harmonized on the video, performing out of their homes during the coronavirus outbreak.

Worship leader Tim Hughes from Gas Street Church in Birmingham, UK, organized the video. He told Premier that he saw The Blessing performed by singers in Pittsburgh, Pennsylvania. People began to call on him to do the same thing with the song in the UK. “Basically, we thought, let’s call lots of friends, lots of different networks and people and see if everyone can send in someone from their church singing this song and then we edited it all together. It was amazing — these are musicians who aren’t the most organized! We spoke to them on the Friday and Saturday and everybody had to be in by the Tuesday and everyone got behind it — everybody said yes and it’s been a beautiful thing seeing it all come together.”

Kari Jobe, along with Cody Carnes and a few other musicians, wrote the song, which is based on Numbers 6:22-27.

“I’m so moved by this song and how quickly it came about,” Jobe said about the power of The Blessing. “Because this song is based on scripture, the message is timeless, and we wanted to release it as quick as we could knowing the effect it could have on people’s hearts and spirits immediately, as it did ours. Also, God knew it would be something we could hold onto during a season of our lives that’s full of uncertainties and unknowns. Do not be afraid, God is with you.”