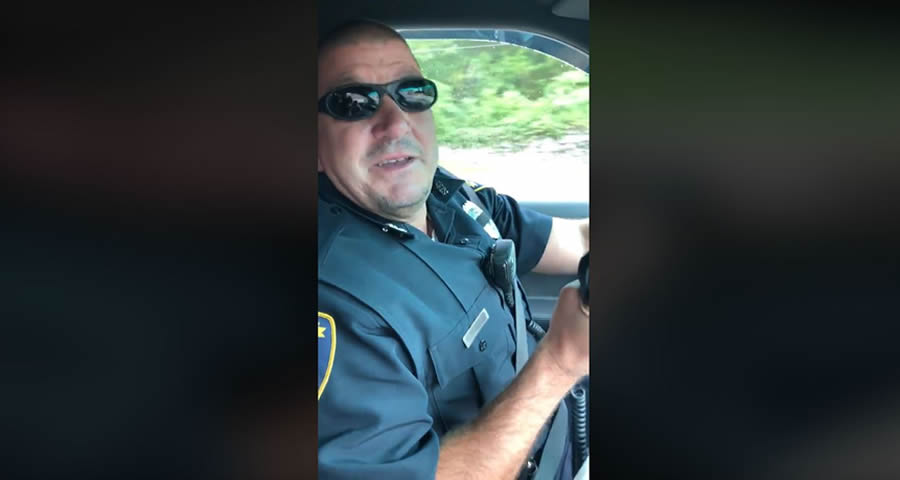 Officer Duane Ledoux is seen in this screengrab from video.

A Retirement to Remember

Southbridge, Massachusetts, police officer Duane Ledoux retired late last month after over 30 years of service. Ledoux had hoped his adult son, Nate Ledoux, would come home for his retirement celebration. But Nate, who lives across the country, led his father to believe he couldn’t make it.

On July 25, Duane’s boss, Police Chief Shane Woodson, thanked him for his service. Woodson acknowledged over the police radio that the call would be Duane’s final “code five” — a term they used for finished up a scene. “I wish you the best of luck on your future endeavors. Congratulations brother.”

Duane choked up and thanked the police department. He also thanked his two sons. One of his sons, Nick, died in a car accident years ago.

What Duane didn’t expect was for his son Nate to respond to his code five. From police headquarters, Nate announced over the radio, “It is my sincere pleasure to announce that … on this day, after 32 ½ years of service, my father, Southbridge Police Officer Duane Ledoux, is retiring and has given his final code five.” Duane looked at the camera in his car. “Is that Nate?” A female voice heard on the video said that it was his son.

Duane teared up. “He did come home. … He came home. I called that.”

Watch. Maybe you’ll tear up too: