Joy Break: Little League Pitcher Comforted by Batter He Hit in the Head With Baseball 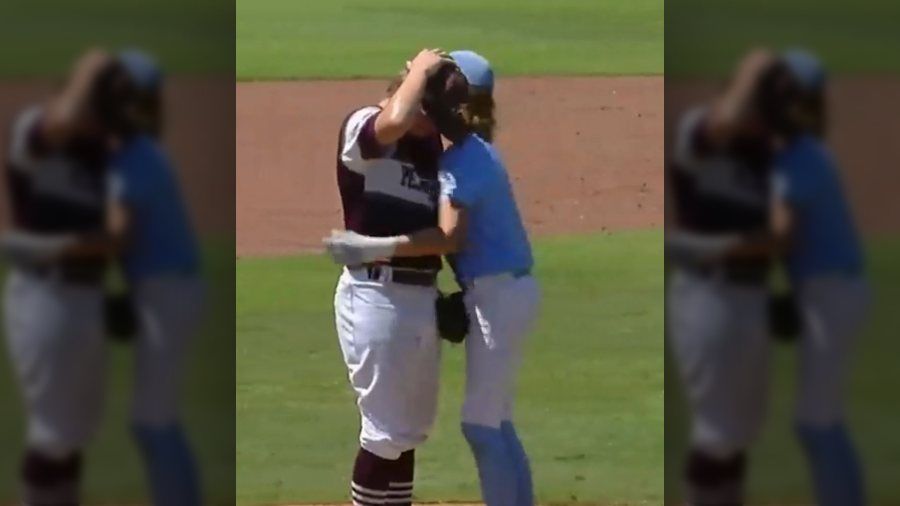 Isaiah Jarvis comforts Kaiden Shelton after Shelton threw a pitch that hit Jarvis in the head.

Little League pitcher Kaiden Shelton was distraught after throwing a pitch that hit batter Isaiah Jarvis in the head. It happened at the Little League World Series Southwest Regional Championship earlier this month.

Jarvis dropped to the ground and held his head. He was not injured seriously, however, and was able to get up and run to first base, according to Fox News. Still, Shelton, a pitcher for Texas East, held his head and cried after that scary moment. When Jarvis realized that Shelton was upset, he tossed aside his batting helmet, walked to the pitcher’s mound to comfort the opposing player.

Texas East’s coach also went to Shelton and his mic captured Jarvis telling Shelton that he was “doing just great.” What an example of sportsmanship. Even the crowd was tearing up.

Sports Illustrated tweeted, “A Little League player was hit on the head by a pitch. Afterward, he went to hug the pitcher, who was shaken up. What a moment.”

A Little League player was hit on the head by a pitch. Afterward, he went to hug the pitcher, who was shaken up.