KC Chiefs' new lineman talks about his faith and how God taught him humility when he was between jobs. 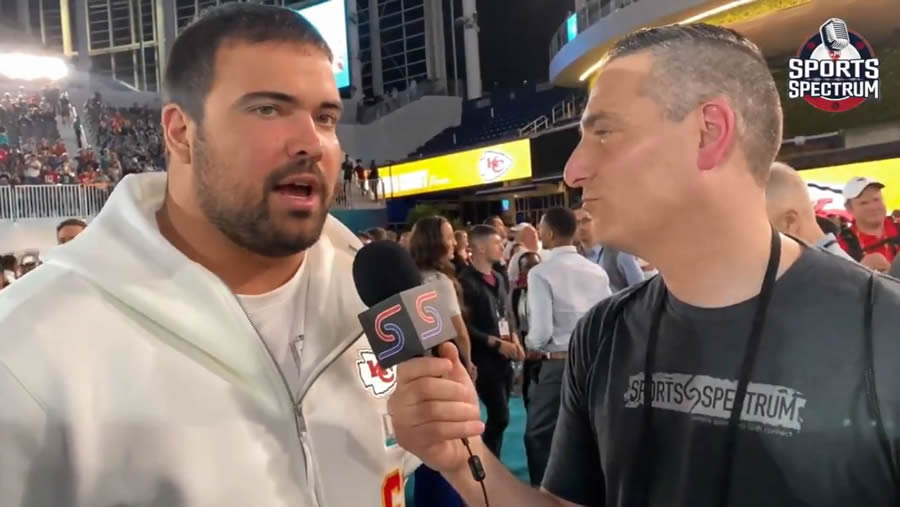 “At the end of the day, my football success is only because God has given it to me,” Kansas City Chiefs lineman Stefen Wisniewski told Sports Spectrum in an interview earlier this week in Miami at the opening night for Super Bowl LIV. Sports Spectrum had asked him to share what the Lord has been doing in his life over the last year. Wisniewski paraphrased Job 1:21: “Job said, ‘Naked I came into this world, naked I will depart. The Lord gives, the Lord takes away, Blessed be the name of the Lord.'” Wisniewski added that he came into this world with nothing and will leave with nothing. “Everything I have while I’m here is a gift from God. And when it’s taken away from you is when you remember that.”

Wisniewski spent most of September on his couch watching football after he was fired from the Philadelphia Eagles. He’d been the starting left guard for the Eagles when they won the Super Bowl in 2017. “I really think God was testing me and trying to teach me humility — just to depend on Him.” The Kansas City Chiefs picked up Wisniewski in October as an offensive lineman. He can play guard and center.

"His timing is always perfect."