Joy Break: ‘God … Was With Us’: Church Video Shows the Moment of the Beirut Blast

Lebanese priest calls the escape of the church 'miraculous' 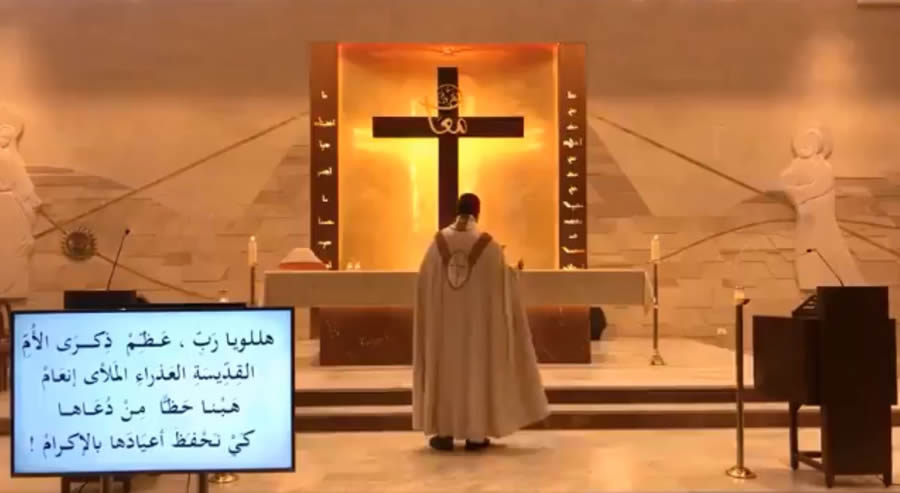 Last week’s explosion in Beirut, Lebanon, was captured on film as a Catholic church celebrated Mass.

Father Marwan Mouawad, a priest at St. Maron Baouchrieh Church, said initially they thought it was an earthquake. “As usual we started the Mass and at the beginning of it we felt as if an earthquake was happening, the earth was moving, shaking, so first we looked at the roof to see if it was going to collapse on us,” he told the Associated Press.

The video shows Father Rabih Thoumy in the middle of Mass just before the blast sent him running as chunks of the ceiling fall down around him.

Fr. Mouawad said God was with them. “We felt the grace of God who was with us because when you look at the damage you can think that no one can come out from this alive because there were big damages with lots of glass and iron pieces that exploded,” he said. “It’s truly a miracle. It’s a miracle.”

The church resumed services Sunday. One parishioner said their faith gave them courage to come back.

“Of course what we are going through is a catastrophe, we are praying for all the dead people, for all the injured, for all the children,” said parishioner Marlene Rauphael. “We hope to survive, but here in Lebanon we already are survivors.”

The Devastating Explosions in Lebanon and the End of the World

As Crisis in Venezuela Escalates, This Ministry Provides Material and Spiritual Help