Joy Break: Cop Goes Viral for Singing Gospel Song He Saw the Best in Me 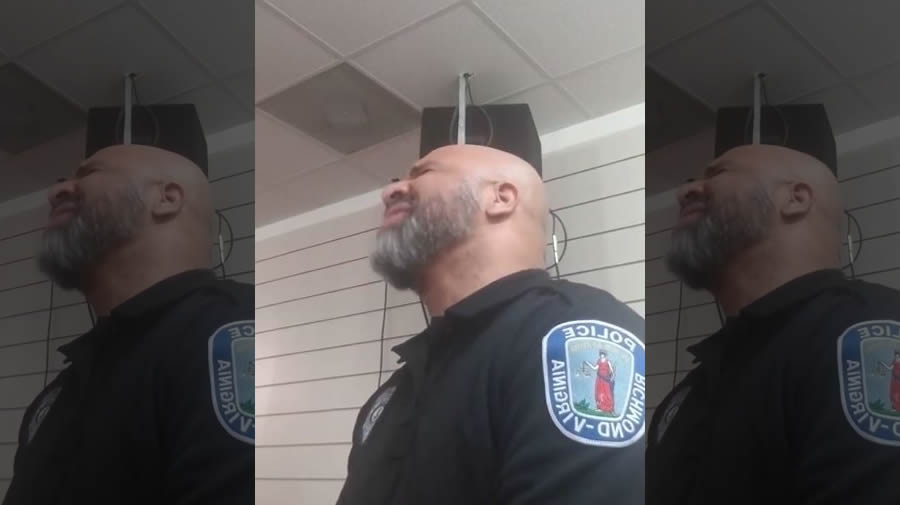 A Richmond, Virginia, police officer’s rendition of a gospel song has gone viral for all the right reasons.

Last week Officer Mervin Mayo posted a video on Facebook of himself singing “He Saw the Best in Me.” He wrote: “When everyone else around could only see my failures, God saw the best in Me … it doesn’t matter what I did, because God sees me for who I am … He knows MY heart.”

The powerful post struck a chord and as of Tuesday, it had almost 3,000 comments, 40,000 shares on Facebook and over a million views.

“I never expected this outcome … at all,” Mayo told CBS 6 News in Richmond. While today Mayo serves as a police officer, his dream is to one day become a full-time minister. Already Mayo is a music minister at Truth Ministries. He often records himself singing as a way to prepare for Sundays. In fact, that’s how the viral video came about.

He’s been singing since he was about eight or nine years old starting in the church choir. “I know this sounds cliché, but I am music. When I think of music, I am music. Yes, I’m a police officer, but I’m music,” said Mayo. “When I’m on this piano and singing, nothing else matters.”

“It really doesn’t matter what you’re going through,” he added. “The song says, ‘God sees the best in you.'”