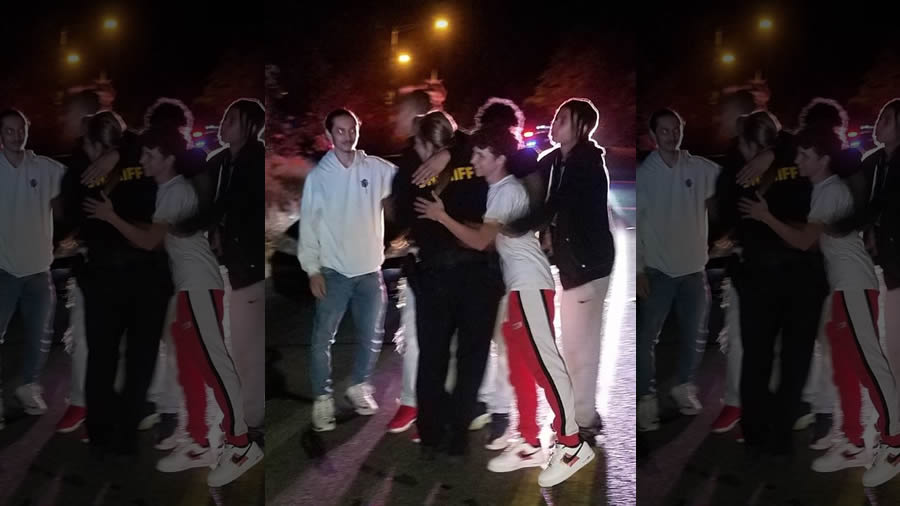 A King County, Washington, sheriff’s deputy escaped what could have been a fatal encounter thanks to some quick-thinking teenagers.

Deputy Elliott was on her way home last week when she was flagged down because an intoxicated man had caused an accident. She had to chase after the man. When she tried to handcuff him, he put her in a headlock and began squeezing. She struggled to get away, but was unable.

Then she heard men’s voices telling the intoxicated man to get off of her. According to a Facebook post by King County Sheriff’s Office, “A group of young men, pictured below, jumped on the suspect and struggled with him as Deputy Elliott was able to get free. They held the suspects [sic] shoulders and legs to the ground to allow Deputy Elliott to handcuff the man.”

Elliott suffered some scrapes and bruises, but escaped with her life because a few young men decided to get involved and help.

Joy Break: ‘Angels Caught Me and Jesus Loves Me!’