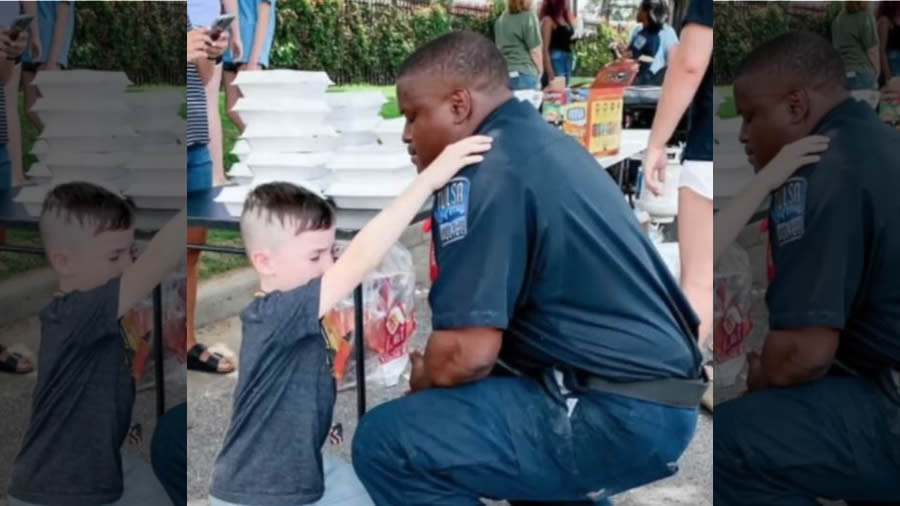 Trey Elliott placed his hand on the Tulsa Police Chief’s shoulder. “Please protect this police officer, and his family, and his entire city, amen.” Trey may just be 7 years old, but he’s already making a Kingdom impact. He wants to show his love and support to the police officers amid the protests and riots, Fox News reported. His mom, Brittany Elliott, told The Stream that Trey never wanted to pray out loud before this experience.

“It’s been quite eye-opening to say the least just to see him be bold in his faith and step out and not be afraid to go up to them and ask them if he could pray for them,” said Brittany. “It’s really amazing to watch that with him.” 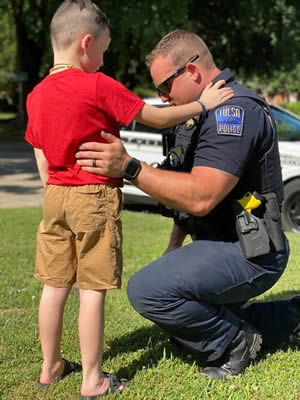 When she explained the protests and riots to him, Trey thought the officers could use some prayers. “I think I want to pray for the police officers, ’cause it seems like they need some prayers,” he told his mom. “They’re in some really hard times.” The first prayer was last Monday at a coffee shop where Trey saw some detectives.

The police officers’ response has been overwhelmingly positive. “You know, they’re just so sweet,” said Brittany. “We met some really awesome officers that are just so thankful to have … this little boy that wants to pray for them.”

Brittany tells parents to talk to their kids about what’s going on in the world today. “Don’t try to hide it from them. Explain it to them on their level. You’ll definitely appreciate learning from your kids through this.” 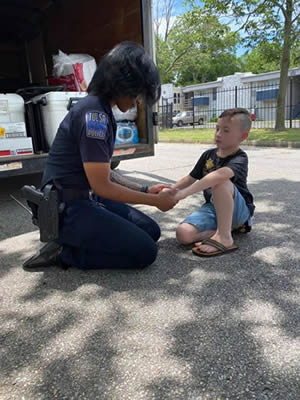 Brittany and her husband have been teaching Trey about prayer and faith since he was a baby. “I’m glad that he’s learning to pray out loud. … If your kids want to do something, help them. If they have a goal, it might sound crazy, but don’t turn them down. Definitely help your kids along in it.”

Trey hopes to be able to pray with every officer in the Tulsa Police Department. As of Tuesday, he’s prayed with 90 officers out of the 800 police officers in Tulsa.