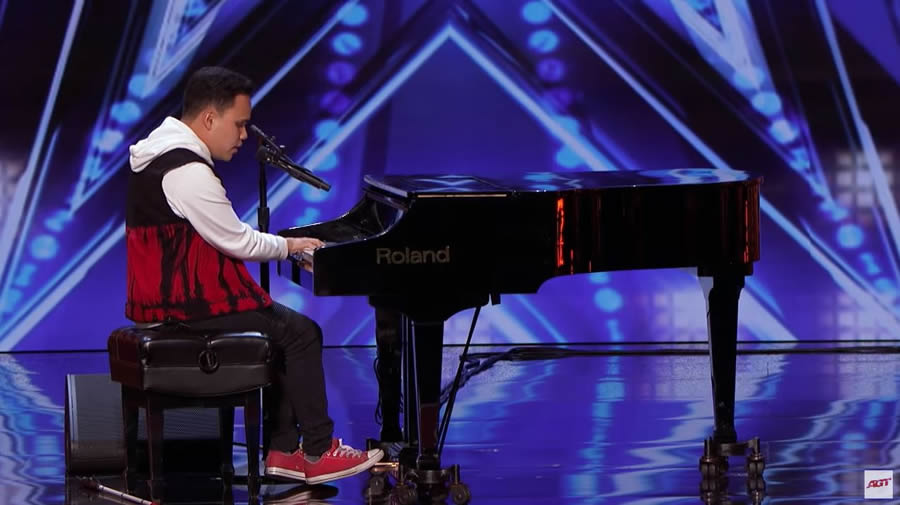 Kodi Lee shocked judges on America’s Got Talent Tuesday night when he performed a perfect cover of Donny Hathaway’s “A Song for You.” That’s because he wasn’t just any contestant. Kodi, 22, is blind and has autism.

His performance brought judge Julianne Hough to tears and everyone in the room to their feet. Even mean ol’ Simon Cowell.

Howie Mandel told Kodi that he was an inspiration and a great talent. Julianne said, “I heard you and I felt you and that was beautiful.” The notoriously tough Cowell said Kodi’s performance was “extraordinary.” The newest judge, Gabrielle Union, pushed the Golden Buzzer, sending Kodi directly to the live performance rounds.

Kodi’s mom, Tina, told the judges that when she found out he could sing she cried. “That’s when I realized ‘oh my gosh, he’s an entertainer.'” Kodi played the piano as well.

Ironically, Kodi’s performance aired the same day the Supreme Court refused to uphold an Indiana law that bans abortions based on sex, race or disability. Kodi is proof that all lives are valuable and those who suffer from disabilities can have a beautiful and productive life.

Watch his jaw-dropping performance. But first, grab a hankie.