Joshua Harris and the Dangers of Young Celebrity Christianity 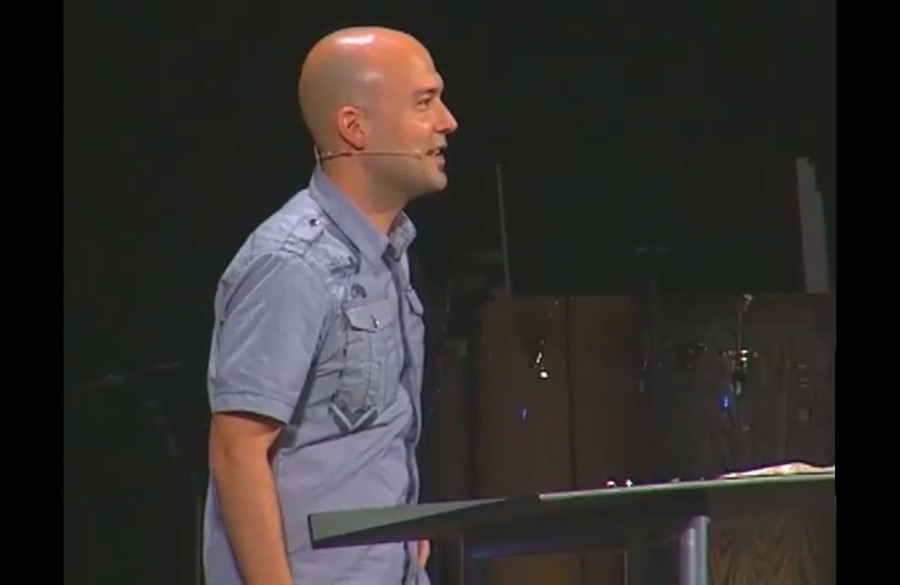 Joshua Harris wrote the almost-million-selling book I Kissed Dating Goodbye when he was in his early twenties. Earlier this month he announced he’s leaving his wife. He’d already left Christianity.

I don’t know the circumstances of his defection from his wife and his faith. I have to wonder about the company he kept. But this I know for sure: He represents one more sad example of young Christians becoming too famous too fast.

I’ve seen it before, mostly in the Christian music business where young people are more likely to have what it takes to impress. Leslie Phillips was once one of my favorite Christian singers. Now she’s “Sam Phillips,” and she’s rejected the “fundamentalist” and “judgmental” Christianity she’d experienced at the beginning.

George Perdikis was the Newsboys’ lead vocalist. Their song God’s Not Dead remains an anthem for Christians committed to the truth of our faith. Almost five years ago, though, he’d left the faith himself. He’d been influenced by atheistic scientists including Neil DeGrasse Tyson, Lawrence Krauss and Richard Dawkins.

The Risk of Youthful Celebrity Christianity

There’s nothing inevitable here, as if youth plus celebrity Christian status always equals spiritual disaster. I’ve known many incredibly fine, young Christian leaders, including some who stood at “celebrity” level. But there’s always the risk.

As a writer I’m well aware that there are two equal and not-entirely-opposite ways I could fail. One would be that no one would like what I write, and no one would listen. The other is that a lot of people would like it, and that I would listen. To them, that is. To praise coming from their lips. I can never let that become the reason I write, the goal I seek. It must always be the glory of God in Christ instead.

The Christian world loves its celebrities. We idolize them, we follow them; even when they’re young, untested and unproven for spiritual leadership.

When Paul writes Timothy about whom to place in church leadership, he tells him, “He must not be a recent convert, or he may become puffed up with conceit and fall into the condemnation of the devil” (I Tim. 3:6).

Later in the same letter (1 Tim 5:22) he adds, “Do not be hasty in the laying on of hands.” Most commentators think that’s referring to ordination for church leadership. The passage goes on, “nor take part in the sins of others.” The idea here is that we ought not rush to put people in leadership. If they fail, you share that responsibility.

Yes, Paul also told Timothy, “Let no one despise your youth” as a leader. But with that encouragement he sent expectations: “but set the believers an example in speech, in conduct, in love, in faith, in purity” (1 Tim. 4:12).

We take a huge risk in the Church when we anoint leaders who have not been tested for their ability to set the believers an example; for their readiness to resist being “puffed up with conceit”; for their resistance to falling into “the condemnation of the devil.”

And make no mistake about it: Joshua Harris may not have been officially ordained when he published I Kissed Dating Goodbye. Christian musicians may not take Holy Orders, or the equivalent for their church tradition. But the Christian world treats them as anointed regardless.

And when they fall away, are we then sharing in their sins? Could we be partly responsible?

Caution and Wisdom in Choosing Leaders

The story is told of Bill Bright, founder of Campus Crusade for Christ, leading a prominent public figure to Christ. (I’m not free to share his name.) He told this person, “The Bible says we should declare our faith openly. In your case, though, that would be far too dangerous. You’re just starting out in your faith, but because you’re so well known, Christians will want to set you up as a leader right away. They’ll want to use you, even. Don’t set that in motion until you’re ready for it. Wait a few years.”

This was no 19-year-old he was talking to. This man knew how to lead; he just wasn’t ready yet to lead spiritually. But the Christian world loves its celebrities. We idolize them, we follow them; even when they’re young, untested and unproven for spiritual leadership.

I don’t know how much that contributed to Joshua Harris’s departure from his marriage and his faith. But this is a good time to remember — and guard against — the risks that come with celebrity Christianity, especially among young Christians.

This video, released nine months ago, asks some of the same questions in a different way.