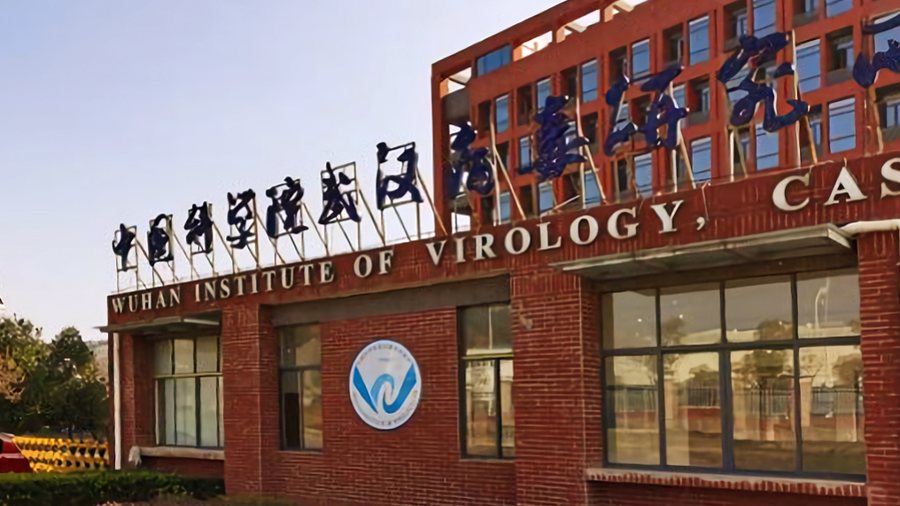 Exhibit A: In my book with Doug Axe and William Briggs, The Price of Panic, we spent some time looking at the evidence for the origin of the coronavirus. At the time, official parties were insisting it had jumped naturally from a bat, perhaps through some other critters, mutating along the way, and then spread to humans in a wet market in Wuhan, China. (Poor maligned pangolins!)

The “crazy” conspiracy theory denied this. It claimed the virus was cooked up at the Wuhan Institute of Virology as a deadly bioweapon and then released on the world, starting in Wuhan. But why would the Chinese military release a bioweapon on its own people? Well, perhaps to throw the rest of the world off the scent.

Now, all this was possible. But clearly, this was the most extreme of the possible options. For instance, maybe it’s not a bioweapon. Or maybe it leaked from the lab by accident. Maybe it was the product of human tinkering, but the kind that mimics what could happen in nature. Perhaps scientists didn’t move proteins around but preserved natural mutations whenever one occurred that could make a virus more contagious to humans — or move it in that direction. This would be sort of like the way humans breed dogs to make them better bird hunters or lap-sitters. Except for the viruses and infections part.

This is what “gain of function” research is. Scientists put selective pressure on virus cultures in a lab to make them more transmissible and dangerous to humans. They do this to get a leg up on a virus that might someday jump from, say, a bat to a human, in nature. They might even be able to develop treatments, including a vaccine, before the pathogen ever appears in the wild.

In our book (finished last summer but released in October), we thought the lab-leak theory seemed most likely, despite frantic claims to the contrary from all official sources.

This seems risky, maybe even crazy now. But there are scientists doing just this sort of work all around the world. And anyone doing, or funding, such research, would have the mother of all incentives to deny that it had anything to do with the COVID-19 bug.

In our book (finished last summer but released in October), we thought the lab-leak theory seemed most likely, despite frantic claims to the contrary from all official sources. The fact that a lab researching such bat coronaviruses was right there in Wuhan made a lab-leak theory plausible. Ardent denials of this, if anything, made it seem more likely.

The fact that the bats aren’t native to that part of China added to the case. (They come from a thousand miles from Wuhan.) As did the State Department report from just a few years ago expressing worry about security measures at the Wuhan Institute.

It seemed weird to us that people kept conflating “lab leak” with “engineered bioweapon.”

Based on the evidence from the virus sequence published in Nature, we didn’t see obvious signs that it was an engineered bioweapon. But it could still have been the subject of research and leaked from the lab.

We didn’t weigh in on gain-of-function research. That’s because, without more evidence, a virus resulting from such work can be hard to distinguish from a natural virus.

Well, a year later, we now have more reasons to suspect not just a lab-leak but gain-of-function research was to blame. Nicholas Wade’s masterful investigative piece, published in early May, finally blew the lid off the media-imposed cover. It’s long, but if you want the details, you should read the whole thing. (The fact that he had to publish this at Medium and the Bulletin of the Atomic Scientists is a withering indictment of corporate media.)

Most telling? No one has been able to find any missing links. That is, scientists haven’t found animals with coronaviruses that would connect the strain of the virus that infects bats to the strain that infects humans. We should expect to find those if the virus made a series of lucky mutations in nature, but not if all those steps were climbed in a lab. Instead, we’ve got the bat virus that doesn’t affect humans, and the human virus that doesn’t affect the bats. And nothing in between. That screams nurture, not nature.

We’re also more certain that the lab was doing gain-of-function (read: gain-of-lethality) research on bat coronaviruses. And then there are the suspicious Fauci emails.

This isn’t mathematical proof, but c’mon? Lab leak is clearly the leading contender. Even comedian Jon Stewart, conventional thinker and darling of the left, no doubt spoke for millions last night in his conversation with Stephen Colbert:

If he’d said that two months ago, he’d have been cancelled faster than you’d cancel the check your teenage daughter sent to that “Nigerian prince” who offered over email to ship her a suitcase of money if she’d pay the shipping fees. Now, the video will, I suspect, remain on YouTube. How quickly these things can change. So quickly that Stephen Colbert hasn’t kept up.

It’s Circumstantial Evidence. So What?

Sure, we’re dealing with circumstantial evidence, since we don’t have witnesses from the lab saying on the record that they discovered a leak. On the contrary, a scientist from the lab has told the New York Times the bug didn’t come from the lab — which as evidence goes is worth precisely nothing. What else can we expect since we’re dealing with the Chinese communist government?

Former federal prosecutor Andrew McCarthy points out in National Review that lots of cases are prosecuted, and won, based on circumstantial evidence. That’s especially true when different lines of evidence point in the same direction, and away from the alternatives.

As McCarthy puts it:

Unless and until China comes forward with convincing evidence that the lab-leak theory is wrong, the position of the United States and the world must be that China is culpable. We should stop spouting the untenable and irresponsible drivel that, because the case is “circumstantial,” the truth may never be known. We know plenty.

With COVID-19, Health Care Workers are Learning From Experience. Why Can’t Politicians and the Press Do the Same?