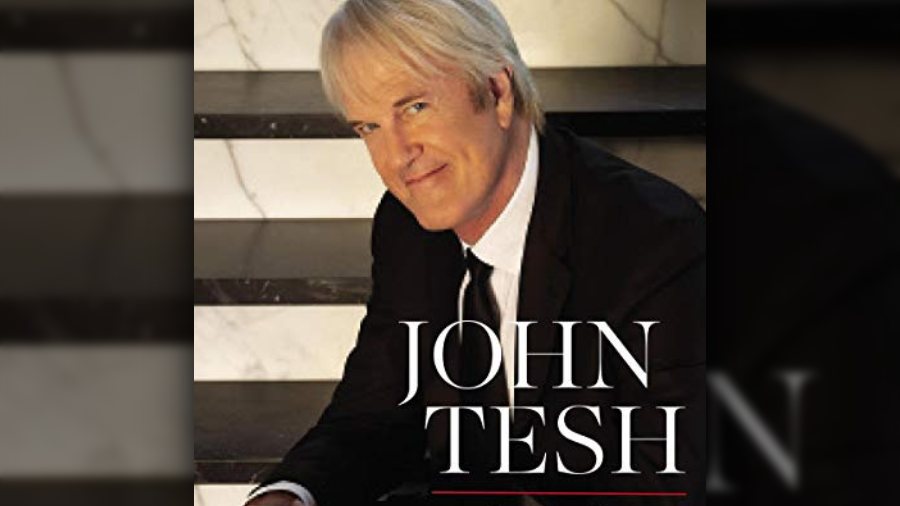 The image was disturbing, to say the least. “When you have a nasal gastric tube in your nose and blood is pouring out of one of your nostrils and you’ve been vomiting for four days straight, you don’t have any future and you look terrible. People don’t want to let you out of the house. And then you look over to your left and there’s a kid at eight years old who’s was twice as bad as you are. So, now you have guilt. I understand suffering now.”

In 2015, the songwriting performer and former “Entertainment Tonight” host John Tesh was diagnosed with an aggressive form of prostate cancer. He was given 18 months to 2 years to live.

A CD of Faith Healing

When you’re sick, everyone wants to give you advice, John told The Stream. One of the things he received was a CD of faith healing teacher Andrew Wommack. John didn’t want to listen to it, but his wife, actress Connie Sellecca, turned it on. John heard Wommack talk about Jesus taking our sins, griefs and sorrows, including our sicknesses. Mark 11:23 became a special verse to John:

Truly I tell you, if anyone says to this mountain, ‘Go, throw yourself into the sea,’ and does not doubt in their heart but believes that what they say will happen, it will be done for them (NIV).

“That Scripture became a basis for everything from that point on. I believe so strongly in that message.” John realized that Jesus wasn’t just talking about those in the crowd at that moment. “He was speaking to me and He was speaking to everyone.”

In addition, John came to believe that the gift of salvation is the gift of healing. He began studying Mark 16:17-18:

And these signs will accompany those who believe: In my name they will drive out demons; they will speak in new tongues; they will pick up snakes with their hands; and when they drink deadly poison, it will not hurt them at all; they will place their hands on sick people, and they will get well (NIV).

In 2018, John went back to his radiation oncologist, who told John that he’d found something in his pelvis. They would need to do seven treatments. John asked about the contraindications or side effects of the treatment. His doctor produced a long list of problems John could have as a result of the treatment. “I looked at Connie and we both raised an eyebrow. We shared a look. And we just said, ‘Thank you. We’ll get right back to you.’ We walked out the door and at that moment — with that one look — faith was born and we knew we were done.”

John is quick to point out that his doctors did a tremendous job. But the cancer was relentless. Wommack shared an analogy about faith healing that resonated with John. “The power company comes to your house. They spend a lot of time and they hook up the power on the big panel on the side of your house. And it’s connected to all of the light switches. … But if you don’t reach over and turn on the light switch, the lights won’t come on.”

The Power of Healing

He believes that Christians have been given the power of healing based on Scripture, even though they don’t use it, or even believe in it. “It’s worth a shot,” he explained. “If you don’t try what I tried, if you don’t go after what I went after, then there’s no chance it’ll work for you.” John has spent hours reading healing Scriptures and speaking life over his body. “It takes work.” It also takes the “renewing of your mind” (Romans 12:22, NIV). That takes training. “you have to keep renewing your mind and standing strong.”

“The message that I send out to people who don’t understand any of this is just start with Proverbs 18:21 — death and life are in the power of the tongue and you’ll have what you say.” And don’t think or speak negatively. “Understand that what’s coming out of your mouth is the most powerful thing that you could do [for] your body.”

This is What Worked for Me

As strongly as John believes in the power of faith healing, he knows that there are others who don’t believe that it can happen. Someone asked him why God didn’t heal their daughter, even though they’d been to church their entire life. There are many variables. It could be a lack of faith, or it could be that the healing will manifest over time. “I’m just really fond of saying, ‘This is what worked for me. I am not a pastor. I am not a preacher. I can tell you that I am free of cancer and that there’s no other explanation for it because it just would not quit.”

John is now cancer free. He went back to his doctor who checked him out. “There were no tumor markers. There’s no inflammation, no cancer visible.” His new book, Relentless: Unleashing a Life of Purpose, Grit and Faith was released earlier this year.