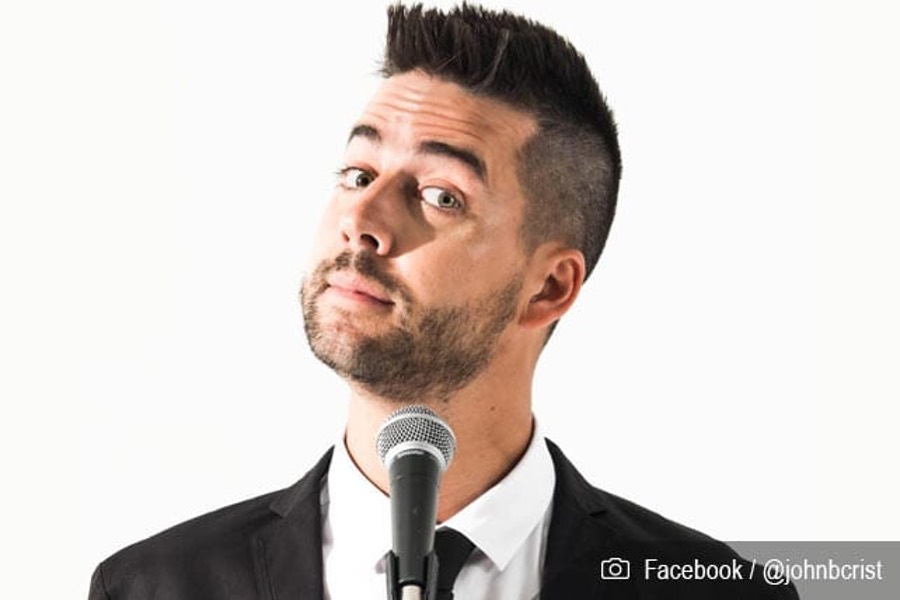 Charisma magazine is reporting that Christian comedian John Crist has initiated multiple inappropriate sexual relationships. His upcoming tours and media appearances? All cancelled. Charisma’s report comes following months of research. They released it in part because other Christian leaders may have let Crist’s sin go unchecked.

Crist has admitted to his sin, in a statement included in the Charisma report. It begins:

Over the past number of years, various women have accused me of behavior that has been hurtful to them. While I am not guilty of everything I’ve been accused of, I confess to being guilty of this — I have treated relationships with women far too casually, in some cases even recklessly. My behavior has been destructive and sinful. I’ve sinned against God, against women and the people who I love the most. I have violated my own Christian beliefs, convictions and values, and have hurt many people in the process. I am sorry for the hurt and pain I have caused these women and will continue to seek their forgiveness. I have also hurt the name of Jesus and have sought His forgiveness.

Charisma says “some evidence suggests certain Christian leaders have been aware of Crist’s behavior and — through inaction — let it continue unchecked.” Women quoted in the Charisma report speak of him abusing his celebrity to obtain sexual favors.

Worse yet, he abused his public status as a believer in Christ. One woman told the magazine, “I was truly blinded by his celebrity status. There were a few moments I thought, ‘Hey, this is kind of weird,’ but the same phrase kept playing through my head that stopped me from leaving: ‘It’s OK. He’s a Christian. He won’t do anything inappropriate.'”

He’s a Christian. He did something inappropriate. That’s disturbing on too many levels even to speak.

Crist is not married. He and his girlfriend broke up some time ago. He says he’s been in counseling for sexual addiction.

What Were They Thinking?

Crist is one thing, but what about the leaders who apparently looked the other way while he did that. I can only ask, What were you thinking? What possible good did you think you were doing? How many more women did Crist misuse — and harm — after you failed to speak up?

Did you think you were “protecting a ministry?” Isn’t it obvious enough by now? Cover-ups make things worse. Both Catholic and Protestant churches got caught doing that. As it is for individuals, so it is for churches and other ministries: Every sin takes you down, but your secret sins will take you out.

I speak as one who’s been there participating in these decisions. I did that in human resources with a major mission organization. And again in a church whose youth pastor was guilty of taking indecent liberties with minors. The one right answer when you see this kind of sin is to speak up.

As it is for individuals, so it is for churches and other ministries: Every sin takes you down, but your secret sins will take you out.

How publicly do you speak? That depends on the degree of the sin. But it has to be loud enough to stop it immediately and permanently. Also to provide some degree of relief and restitution to the victims. For criminal acts (as in my former church) you must get the police involved. The victims need it. The church’s witness needs it. The perpetrator needs it, too. Better to suffer consequences that can lead to repentance than to continue in sin.

Someone must act to stop Church leaders who abuse their position for sexual favors. Charisma did the right thing.

Crist’s Statement: At Least He Owned It

The second right thing was Crist’s statement. (I recommend you read the whole thing.) Yes, he committed serious wrong getting to that point, but at least he’s owning it now. As a pastor friend told me this morning, it’s a good example of doing right after doing wrong.

It comes as a welcome contrast to other leaders I can think of. Men who waffled and tried to hide after being caught in sin. Crist’s faults and sins may be greater than some of theirs. But there’s more hope for him — and greater vindication for his victims — because he has taken public responsibility for himself.

That doesn’t mean he should get off quick and easy. Best-case scenario, he gets the help he needs for his sexual addiction, then he shows a long and consistent track record of doing right. In his case especially, a very long track record.

We Have Got to Take Responsibility!

But I need to re-emphasize that word responsibility. We’re responsible for ourselves, and responsible for each other. Ephesians 5:11 covers both sides of that: “Take no part in the unfruitful works of darkness, but instead expose them.”

Yes, expose them. Keep the exposure appropriate to the offense, of course, as I’ve already said. But silence is never the right answer. Not when people are harming themselves through their own sin, and doing even greater damage to others.

By doing so you can prevent continuing sin against potential future victims. You also provide significant emotional closure to past ones. You protect your ministry, and indeed the whole witness of the Church.

Crist was wrong. Horrifically wrong, according to what we read in the reports. At least he admitted it. It’s time for the rest of the Church to admit some things, too. Some among us have been keeping quiet when we should have spoken out. No more. You’re not doing anyone any good that way.